On August 8th, the Vans Warped Tour, celebrating its twenty-first (!) anniversary, rolled into Auburn, Washington’s White River Amphitheatre for the 41st and final stop of its 2015 North American trek.

Local Connection: Warped, once a staple of UBC’s summer schedule, has been noticeably absent from Vancouver since 2009. With just one Canadian date on the 2015 route, local teenagers appear resigned to the four-hour southbound road-trip for the foreseeable future.

The Lineup: Gone are the marquee names and radio hit-makers. In their place stand an array of lesser-known, (generally) independent bands, hungry for the next step. This year’s headliners included Senses Fail, The Wonder Years and Asking Alexandria.

Winds of Change: On many stages, large signage was utilized to ban moshing and crowdsurfing, while stressing the legal implications. Whose mother called the family lawyer?

CanCon: Though relegated to the lower-tiered Ernie Ball stage, Ontario pop-punkers Seaway appear poised for big things (and potential radio play) in the next twelve months. If you don’t believe me, check out “Sabrina The Teenage Bitch”. You’ll be singing along.

Average Age: Unlike previous years, Warped’s fanbase appears to be growing alongside its artists. While teenagers remain the target demographic, nearly half the crowd could be summarized as 20+.

Reverse Daycare: For those adults (28-and-older) attending with a ticket-bearing teenager, free admission was granted. In addition, Warped offered these parents an air-conditioned “reverse daycare” tent, providing refuge (in the form of 80s movies, free water and sudoku/word searches) from the day’s madness.

Everything Must Go: As the last stop on the tour, local fans were treated to blow-out sales at many merchandise tents. By 6 PM, all Vans apparel (t-shirts, hats, etc.) was discounted to $5.

The Breakout:  Almost annually, Warped has served as a launching pad for up-and-coming acts en route to mainstream success (past examples include Eminem, Katy Perry, Blink-182 and Fall Out Boy). In 2016, considerable attention should be paid to Chicago’s Knuckle Puck and UK indie-darlings Alvarez Kings. Look for both on next year’s main stage.

Transit performing in the Acoustic Tent. 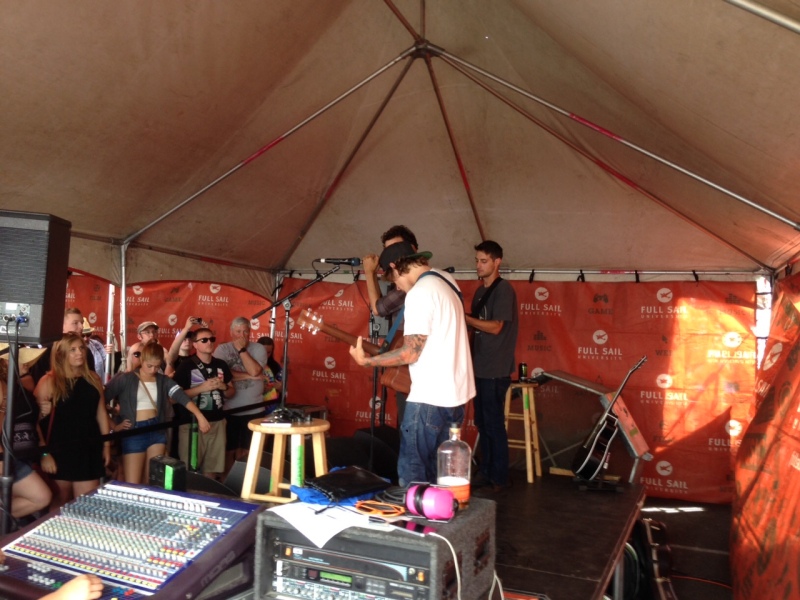 Knuckle Puck playing to a passionate crowd on the Kevin Says Stage. 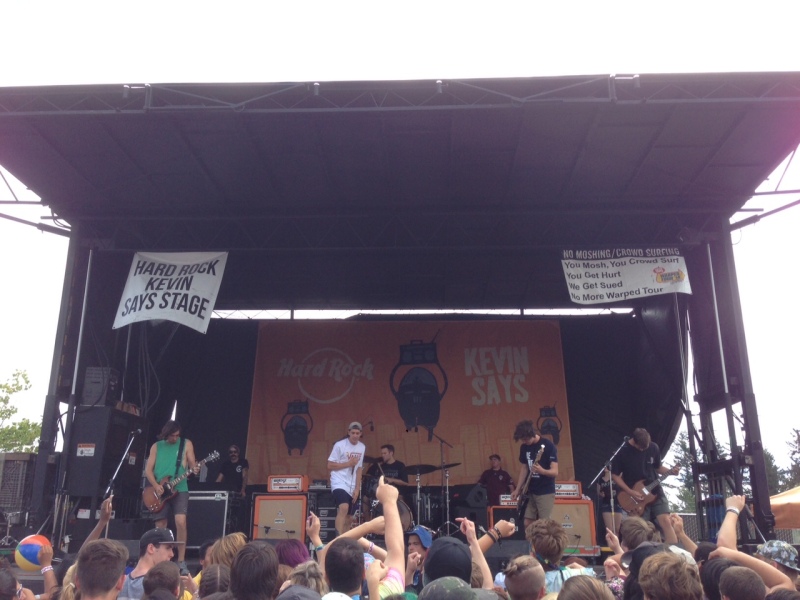 Seaway battling the elements on the Ernie Ball Stage. 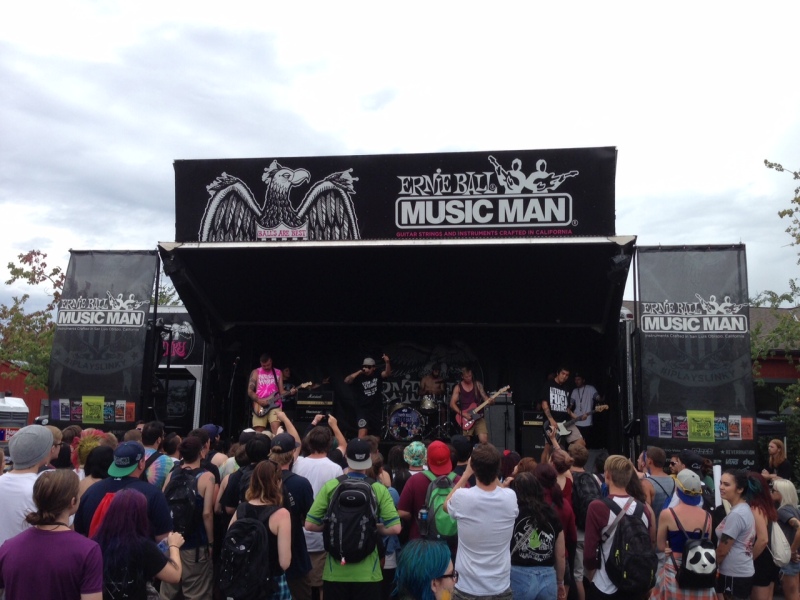 As It Is playing to a small, but passionate, fanbase on the Journey’s Right Foot Stage. 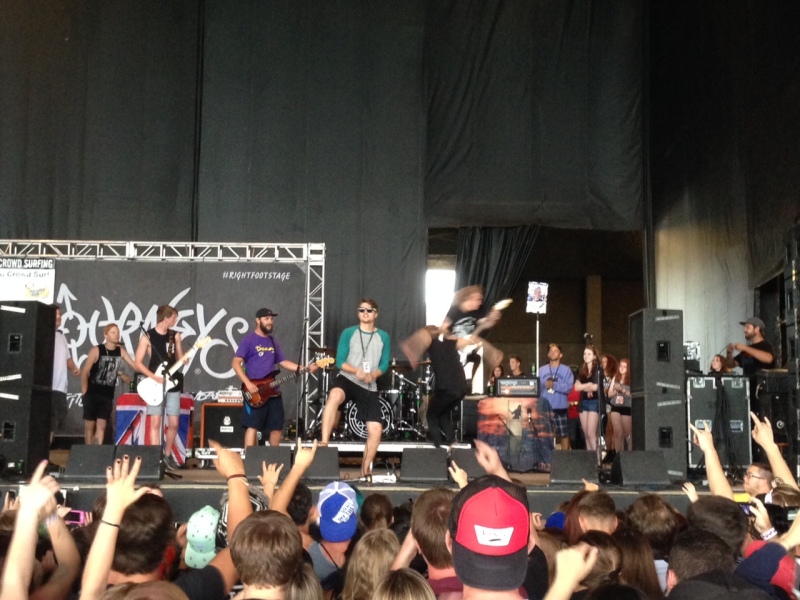 Man Overboard closing the day (and tour) on the Unicorn Stage. 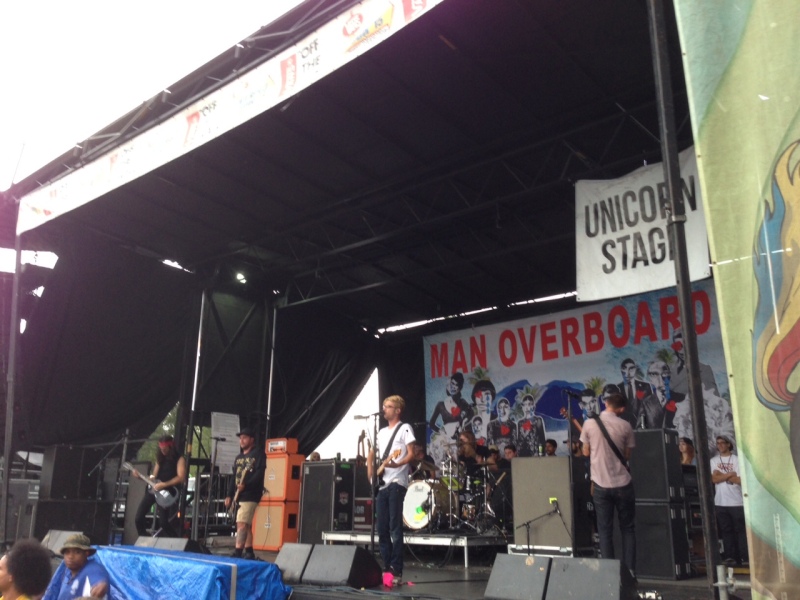