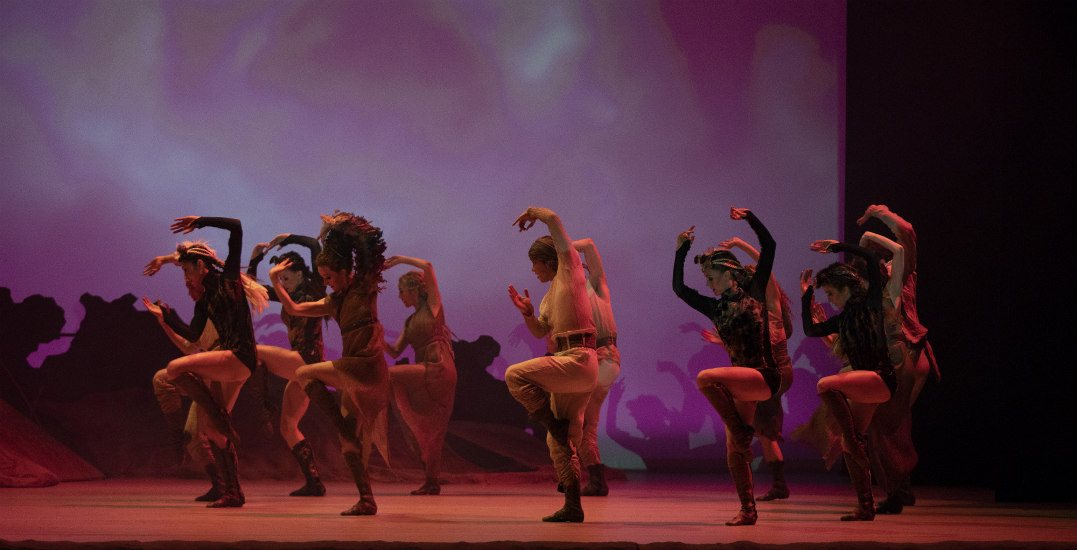 Alberta Ballet, All of Us/Paul McGrath

One of Canada’s biggest dance companies, Alberta Ballet, is coming to Vancouver next spring.

The ballet group will be stopping in the city for two shows on June 9 and a show on June 11, at Queen Elizabeth Theatre. The All of Us tour will include multiple performances in Toronto, Hamilton, Edmonton, and Calgary.

A highly-anticipated performance, the show is set to feature music from Canada’s beloved rock band, The Tragically Hip. All of Us tells the story of two warring clans who battle to inherit the earth to redesign its future anew.

The Tragically Hip lead guitarist, Rob Baker, has seen the show twice and says he “found it exhilarating.” The rock star added: “We are thrilled that the Alberta Ballet is taking the show out nationally.”

Tickets for the June 2019 performances in Vancouver go on sale this coming Wednesday, December 19 at 10 am. Tickets range from $87 to $204 and you’ll soon be able to get yours via Ticketmaster.

Or, you could win two free tickets to the show before then simply by entering the contest below!

To enter for your chance to win two tickets to Alberta Ballet’s All of Us performance featuring the music of The Tragically Hip at Queen Elizabeth Theatre on June 9 or June 11, 2019, do at least one of the following:

1. Follow Live Nation BC on Instagram – @LiveNationBC and tag a friend in the IG post below who you would take to the concert with you. Don’t forget to use the hashtag #dhcontest (1 entry)

Contest entries will be accepted from the time and date of publishing until 11:59 pm on December 31, 2018. One winner will be chosen at random and contacted through the platform they used to enter.

Alberta Ballet’s ‘All of Us’ featuring the music of The Tragically Hip, Vancouver 2019