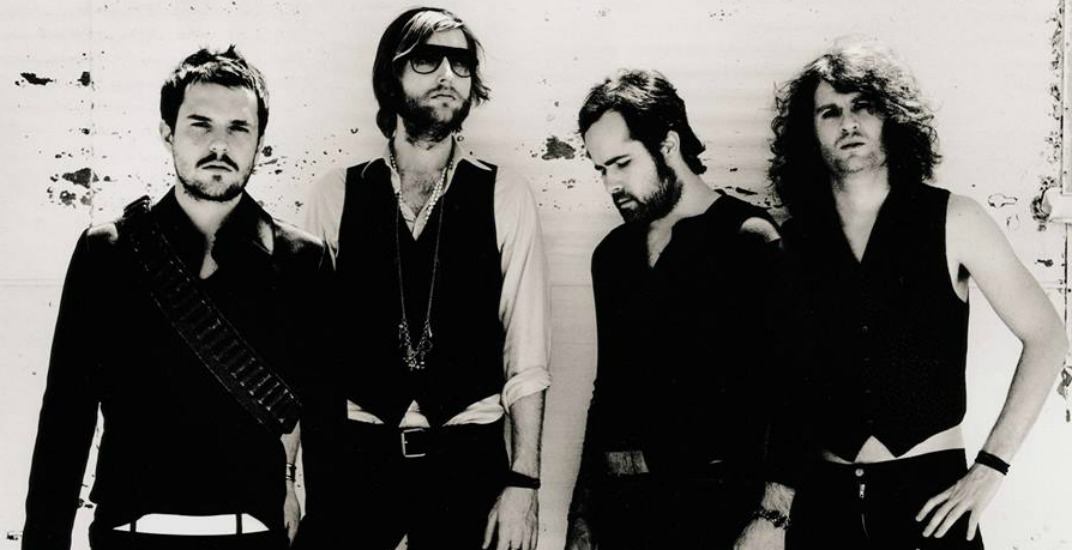 American rock band The Killers are coming to Vancouver this winter.

That’s right. The Las Vegas-born group will be performing at the Doug Mitchell Thunderbird Sports Centre on December 6, during their North American tour.

Other stops along the way include performances in Toronto, Quebec, Austin, Portland, LA, the band’s hometown of Sin City, among many more US locations.

The announcement of the tour comes after the release of their highly-anticipated new album on September 22 – Wonderful Wonderful. It’s the group’s fifth studio album and their first release in five years. So it’s a pretty big deal.

Wonderful Wonderful is the band’s most sonically forward-thinking record, bursting with all of the blazing choruses and arena-pleasing anthems.

After the release of the first single from the new album, The Killers played a surprise unannounced set at the Glastonbury Festival in June, and conquered the European festival circuit with a crowd-pleasing set of almost two decades worth of hits.

Now you’ll be able to enjoy their classic tracks like ‘Read My Mind’, ‘When You Were Young’, and ‘Somebody Told Me’, plus many more new sounds at their Vancouver concert.

Tickets to The Killers Vancouver concert went on sale this morning via Ticketmaster, starting at $55 each. But you could be the lucky reader to win two tickets to the show – for free. All you have to do is enter the contest below. It’s that easy.

To enter to win two tickets to see The Killers live in Vancouver on December 6 at the Doug Mitchell Thunderbird Sports Centre, do at least one of the following:

3. Leave a comment below telling us your favourite song by The Killers (1 entry)

Contest entries will be accepted from the time and date of publishing until 11:59 pm on October 13, 2017. One winner will be chosen at random and contacted through the platform they used to enter.