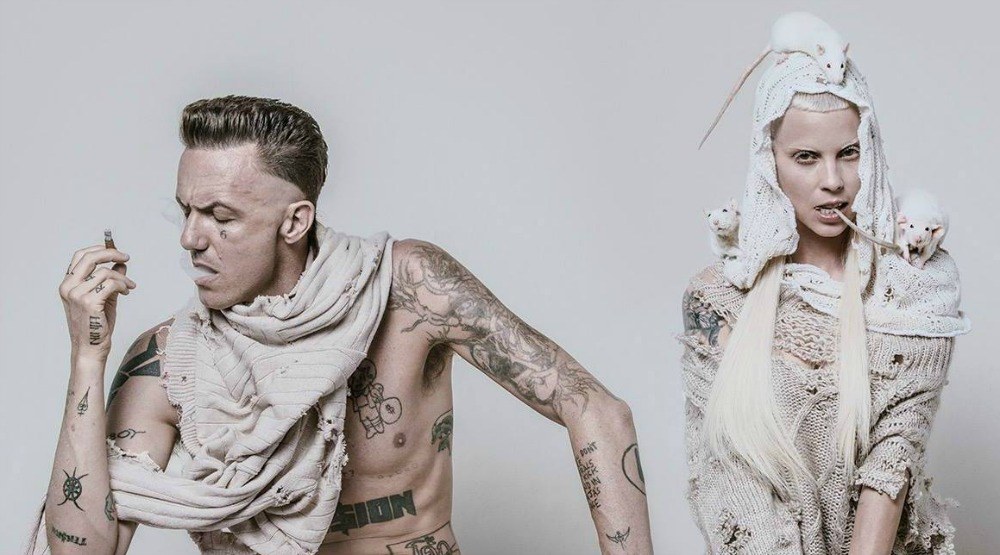 South-African rap-rave trio Die Antwoord is hitting up Vancouver this summer as part of their ‘Love Drug’ world tour.

The alternative hip-hop musicians will take to the stage at the Doug Mitchell Thunderbird Sports Centre on Sunday, August 27, with special guests still to be announced.

Cape Town natives Ninja, Yo-Landi Vi$$er, and DJ Hi-Tek make up the eclectic group. And although an article published last year by Exclaim! alleged that the group could be disbanding this year, they have announced a world tour and their fifth album The Book of Zef.

The tour will see the ‘I Fink U Freeky’ musicians perform shows in Montreal, Edmonton, Calgary, Seattle, Portland, and Las Vegas, among other US  locations. The band will also be hitting up a number of European locations including Germany, France, and Spain.

You can expect to hear Die Antwoord perform tracks from their 2016 album Mount Ninji and Da Nice Time Kid like ‘We Have Candy’, ‘Daddy’, and ‘Rats Rule’, along with some of their newest songs.

To enter to win two tickets to see Die Antwoord’s Vancouver concert on August 27, do at least one of the following:

3. Leave a comment below telling us your favourite Die Antwoord song (1 entry)