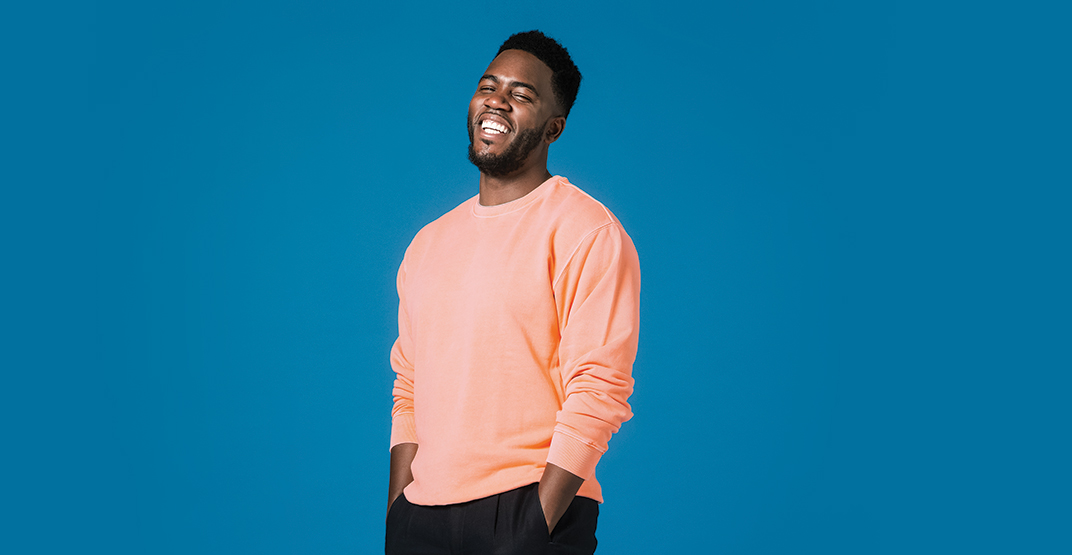 Comedian and Netflix star Mo Gilligan is bringing his “There’s Mo to Life” World Tour to Vancouver on May 9.

The British comedian has been doing stand-up for years, but his popularity has been off the charts since 2017. Famed rapper Drake is his Canadian connection, quoting Gilligan’s catchphrases on his own Instagram. Gilligan has continued going viral ever since. His last stand-up tour, Coupla Cans, sold over 50,000 tickets.

His smash hit Netflix special Mo Gilligan: Momentum was released globally in 190 countries, and his Channel 4 series The Lateish Show with Mo Gilligan has been a breakout hit.

Influenced by Dave Chappelle and Chris Rock, he was named The Funniest Man in Britain by The Times.

Mo Gilligan has had an incredible 2019, racking up award nominations and even landing a coveted BAFTA nod for Best Entertainment Show.

He’s excited to celebrate the success with his fans.

“My favourite thing is performing live to those who like what I do,” he says. “The last few years have been so phenomenally life-changing — and that’s all down to you guys. Thank you to all my supporters all over the world and I can’t wait to get back out on the road to see you again!”

The tour will cross continents, heading through Europe, Australia, the US, and Canada.

Get your “There’s Mo to Life” tickets now via Ticketmaster starting at $35. The all-ages show takes place at the Rio Theatre.