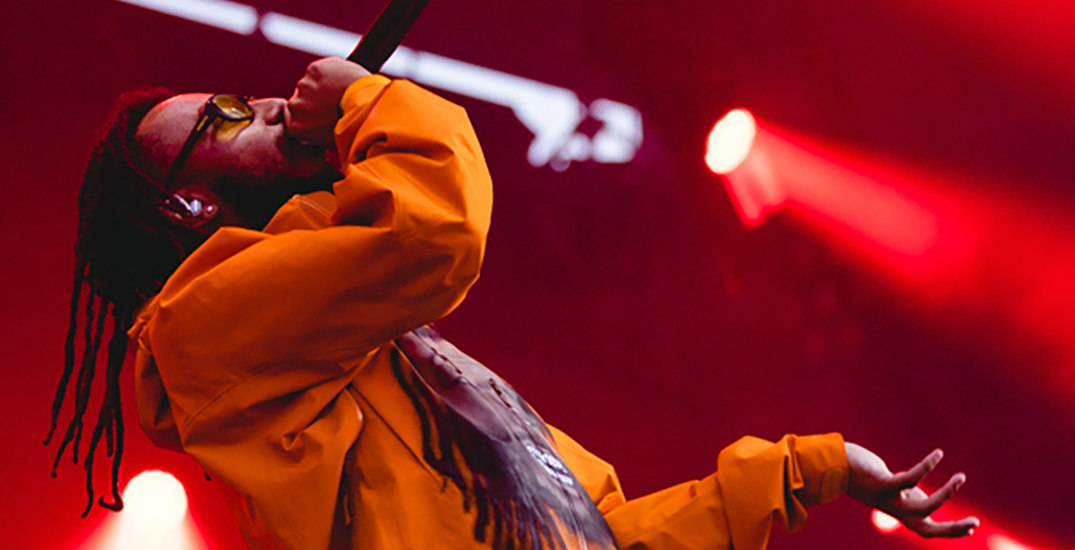 The tour, which kicks off in Portland on January 29, will take Aminé to LA, Las Vegas, San Diego, Austin, Dallas, Orlando, Atlanta, Toronto, Montreal, New York, and Seattle, among other stops, before arriving in Vancouver.

On Monday, March 28, Aminé is slated to perform live at the PNE Forum during his 2022 The Best Tour Ever Tour, with support from British rapper and record producer AJ Tracey and Florida rapper 454.

The Best Tour Ever Tour is set to celebrate Aminé’s latest album, TWOPOINTFIVE, which draws inspiration from various strains of club and dance music but in a way that feels distinct to Aminé’s brand of clever lyricism.

Aminé rose to fame after releasing his debut single “Caroline” back in 2016, which eventually peaked at number 11 on the Billboard Hot 100 and went on to become certified triple platinum.

The following year on June 13, he was named one of the 10 members of XXL’s “2017 Freshman Class” of rising rap stars, alongside Kap G, Kamaiyah, XXXTentacion, Kyle, Ugly God, PnB Rock, A Boogie wit da Hoodie, Playboi Carti, and MadeinTYO.

Now fans can expect to hear (and sing along to) tracks from the artist’s latest album, like “YiPiYaY,” “NEO,” “Colors,” and “OKWME” live in concert, in addition to some of the rapper’s older songs.

Tickets to see Aminé’s Vancouver show start at $43 and are available via TicketLeader. Please note that all support acts are subject to change without notice.

Aminé – The Best Tour Ever Tour