The annual Vaisakhi festival has long passed and Summer has arrived. The local Indo-Canadian community was excited as always, and shop-owners especially, who wish Vaisakhi was every day. The business is needed in the struggling Little India (Punjabi Markets) district, but it never used to be this way. Looking back at the exuberant history of these few blocks, one would have never guessed Little India would be barely getting by and so many storefronts would be desolate. A change is needed soon, or we may lose one of our city’s most treasured heritage locales.
I trekked down a few blocks from my home and visited many storeowners on Main Street to get the scoop. Names were withheld to promote more opinion, to get into the heart of the matter. 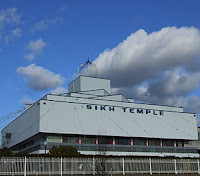 Little India burst into the scene in the 1970s after mass migration of Punjabi’s into the area, buoyed by the opening of the Ross Street Sikh Temple, designed by the late Arthur Erickson. South Asians called South Vancouver home and the Punjabi Markets on Main Street became the obvious location of East meets West. It was a meeting place and an area of South Asian commerce. At one time there were 18 jewellers on those 4 blocks, the highest concentration in all of Canada. Storeowners paid amounts up to $100k plus lease to open up a store, knowing they would earn that back in no time. There were complaints of sidewalks being too narrow to handle the pedestrian traffic. Little India thrived. 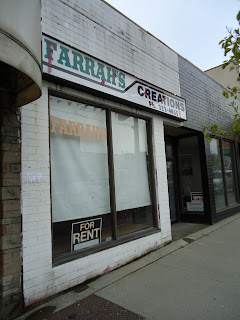 The empty storefronts say it all. Lease rates are falling but it is still not worth opening up a store on Main Street. Businesses are struggling and six more stores are expected to close shop within a year.
Many theories have been thrown out there about Little India’s slump. I have compiled a few which I feel are the most noteworthy:
1. Property taxes and leases: This has been thrown around the mass media as the major culprit, but it would be naïve to think this is the sole reason. Leases are adjusting to market demand. However, property taxes do remain a lot higher than Fraser Street and should be reduced, as rates decreased in Chinatown.
2. Surrey: Mass-migration of Indo-Canadians to the suburb of Surrey has displaced the market. Surrey is going through the 1980s excitement Little India felt. However, a myth remains of the Surrey owners necessarily making profit. The truth is many of them aren’t. All Surrey has done is create an oversupply of businesses catering to Indo-Canadians, giving the consumer bargaining power, at the expense of business. Families are working extra jobs to keep businesses afloat.
3. India: The hype among future newlyweds is to visit India for shopping. It does not make any cost-efficient sense (travel cost). However, it is the trend due to increased variety, but is also just mere hype.
4. Economical and uncontrollable factors: The recession has definitely hit hard. But, even before that, 9/11 hit hard. The number of US visitors dropped dramatically, many of them big spenders, after border tightening both ways.
5. Product demand: Changes in cultural tastes and shift in demographics is creating demand failure for existing products. For example, white gold and diamonds are becoming more popular and hurting gold demand.
6. Pull factors: The lack of banks and cafes is hurting pedestrian traffic. 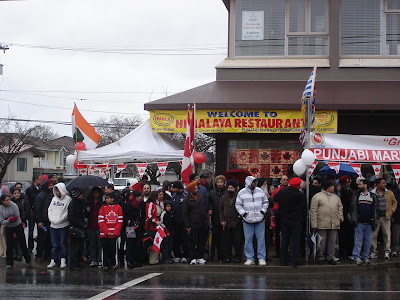 Pessimism dominates the Punjabi Markets. “There is no future,” one business owner claims. At the same time they see light. A sense of hope remains, holding onto that immigrant work ethic and persistence.
There is a form of gentrification occurring and demographics are changing. South Asians are leaving for more affordable pastures south of the river to Surrey, and Vancouverites from the Westside of European descent are replacing them. There is a need to transition service and marketing strategies to cater to the changing market but still keep that old-school authenticity.
Here are a few recommendations I gathered from the storeowners:
1. Presentation: There’s a grungy feel which needs to be improved. Cleaner storefronts and more vibrant Punjabi colours are needed. A consistent theme with each store, like some sort of trim, would improve the overall look. Also, blinds should never be lowered to cover a store otherwise it seems boarded up.
2. Create pedestrian traffic: The City needs to have tourist bus routes pass through Little India. Banks and cafes should be encouraged to lure more people to the area.
3. Festivals: Some sort of outdoor festival, like the Chinese Night Market, would be popular and create a buzz. It could occur once a week or monthly.
4. Parking: The current level of parking is insufficient if consumer traffic would increase. 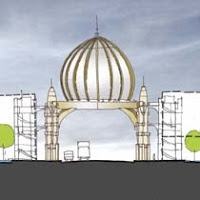 5. Tourist attraction: The infamous India Gate would be paramount for Little India. Rumour has it that it would include lights.
6. Marketing: Advertising outside of the South Asian market to cater to changing demographics is crucial. Also, providing a newer and fresher form of customer service is something the next generation of storeowners will need to do. Little things such as recommending a competing store if the customer is unable to find what he/she is looking for will create return customers.
7. Availability: Shops close at 7pm and are closed on Tuesdays. This needs to be extended to cater to more of the market.

8. Cooperation: Owners need to work together to form change. Meetings need to be held to encourage dialogue.

Actions need to be taken or Little India may perish.

Special thanks go out to Subah from Subah’s Collection, the Crossover girls, the Pablas of Himalaya Restaurant, and Daljit Sidhu, head of the Punjabi Market Association, for their enthusiastic contributions to this report.

Note: This research was done in April 2010. Since then, the infamous Crossover store has closed and a Bean Around the World has opened on Main & 49th.

First published at MannyBahia.com. Manny Bahia is a Realtor with SRS Westside Realty.