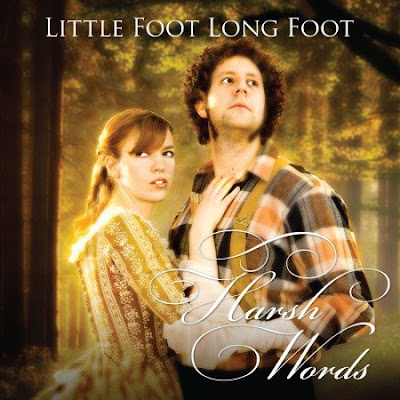 Little Foot Long Foot – Harsh Words
The Damsel. Her Woodcutter. Only he could tame her…

“…the combination of Joan Smith’s deadly vocals with Isaac Klein’s tight snare rolls results in seven songs of passionate blues-rock. Smith wails through Marriage Ain’t a Promise like it’s an aural punch in the face, and Ego Song will urge you to drive quicker than you probably should.” stays true to – National Post (Just About Broke EP)

Witness this live for yourself in these cities:

Check out the bands tunes on their myspace page: www.myspace.com/littlefootlongfootband