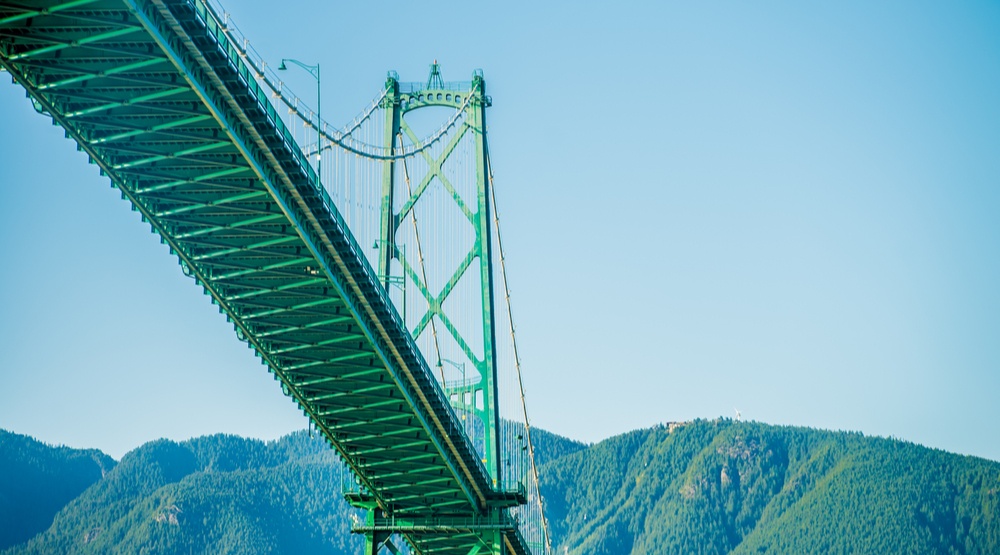 Vancouver Police arrested two American men in their 20s on Thursday, after the pair climbed the Lions Gate Bridge, causing traffic chaos as a result.

The reason for their traffic-halting trespass? A photo op, according to the VPD.

VPD Const. Jason Doucette said motorists crossing the Lions Gate Bridge around 8:30 am called 911, after a man with a large backpack and a headlamp was seen climbing over the railing and pulling himself up the guy-wires to a height of 50 to 70 feet above the bridge deck.

Unable to see the man from the bridge deck when they arrived, officers called in the team’s high-angle rescue specialists to search the enclosed pathways and the guy-wire systems on the bridge.

Eventually, the two men were found after they were seen scaling down the guy-wires back to the bridge deck.

They were taken into police custody and their camera equipment was seized.

The search for the trespassers caused chaos on the busy commuter route, with the centre lane closed to traffic and buses forced to re-route.

Pictures of the climbers quickly surfaced on social media with one bypasser snapping the moment they stepped back onto the bridge: