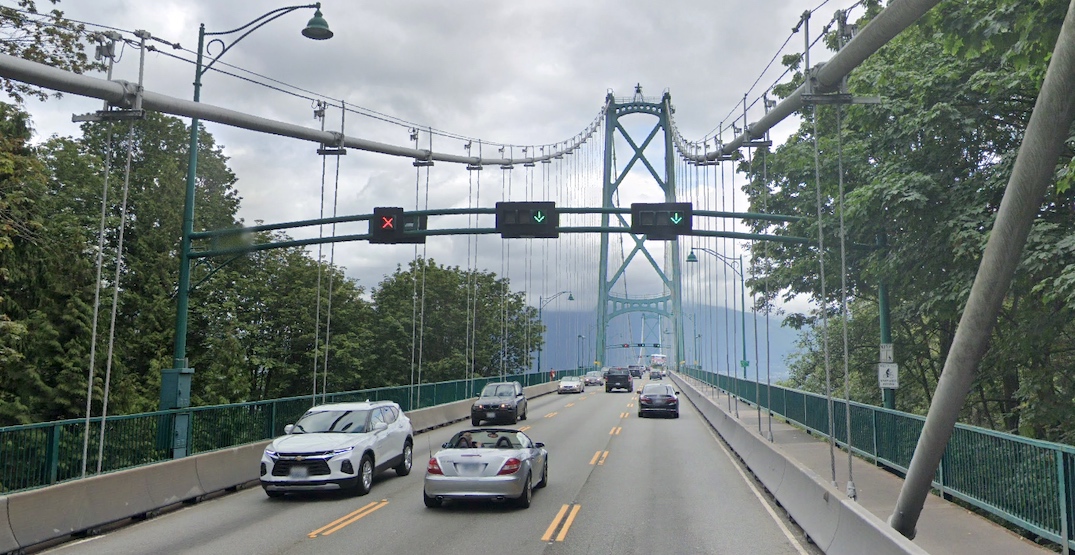 Upgrades to the counterflow system for the Lions Gate Bridge and Stanley Park Causeway will necessitate overnight closures on select dates over the coming months.

The provincial government announced today this work involves replacing the field infrastructure that supports the traffic control devices, and upgrading the software that controls the counterflow system. This includes replacing the signal lights above the travel lanes with modern LED lane-control signals.

Installation work will begin in the middle of June, and drivers can expect lane closures from 11 pm to 6 am from Sunday to Thursday. This activity is expected to continue through the middle of November of this year.

According to a release, an effort will be made to minimize disruptions to peak period traffic and public transit bus services. About 60,000 vehicles cross the Lions Gate Bridge on an average day, and the three-lane bridge’s peak flow capacity depends on the use of the counterflow system to activate two lanes for the peak direction.

The cost of the upgrade to ensure the counterflow system’s long-term reliability is $4.7 million.

The bridge’s counterflow system was first implemented in 1994 to help reduce congestion, and it was upgraded in 2002 during the crossing’s major rebuild project.