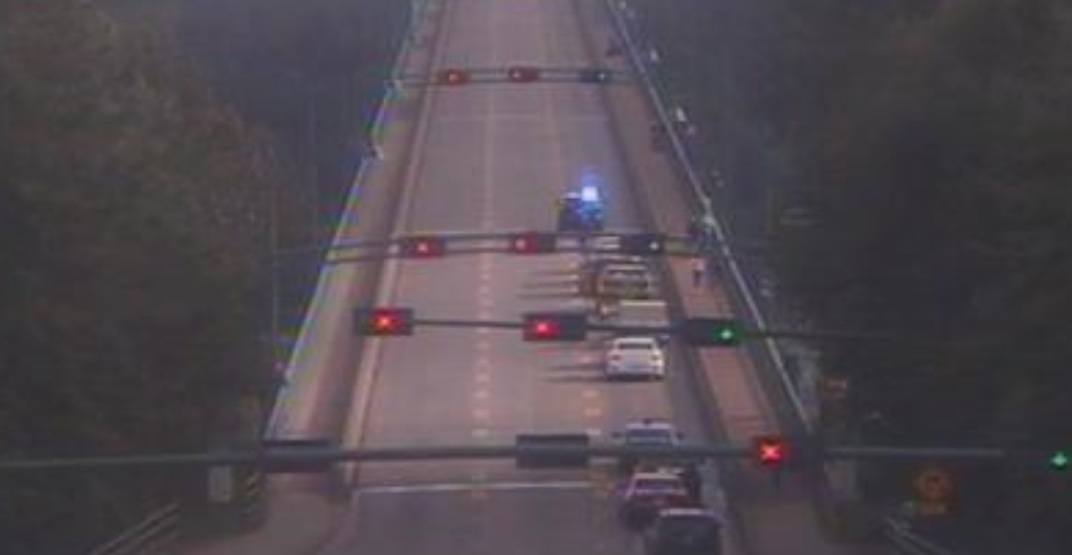 Police incident on the Lions Gate Bridge on June 5, 2019. (Government of BC)

Travellers driving between the North Shore and areas south of Burrard Inlet in Metro Vancouver are advised to expect significantly longer travel times this evening.

An unspecified police incident on the Lions Gate Bridge has closed the route in both directions.

The incident, which began shortly after 5:30 pm, is ongoing and there is no estimated reopening time for the bridge.

Drivers are being asked to detour to the Second Narrows Ironworkers Memorial Bridge. Expect additional traffic volumes on this alternative crossing as a result.

Lions Gate Bridge is closed. I thought biking to work would make these situations simpler. pic.twitter.com/W2cyXBGTOS

I have to make it to the #WindsorStringsandBand concert at @KayMeekCentre but the traffic on #LionsGateBridge is not moving at all. Any idea on what’s going on? pic.twitter.com/ITvY30VXU5