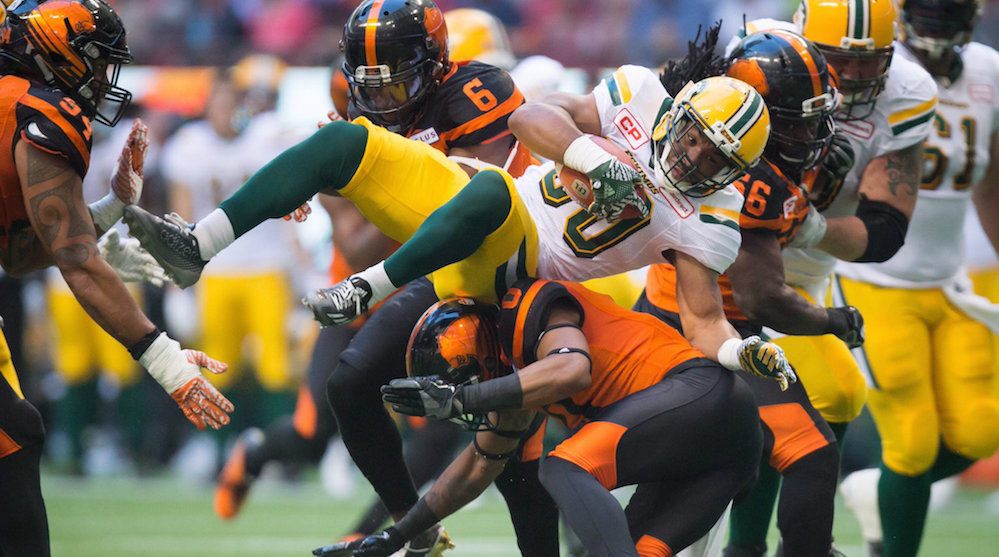 What a wild game.

The BC Lions home opener Saturday night had no shortage of theatrics. Last minute touchdowns, missed and blocked field goals, this one was intense.

The Lions had a slow start offensively, but charged back to score a touchdown in each of the final two quarters and tie the game in the final minute.

But the comeback fell just short. Edmonton’s Mike Reilly connected deep downfield in the final 30 seconds, leading to a field goal to end the game.

Still, the Lions fought tooth and nail to get this one close, setting up the crazy finish.

No Bighill, no problem

One of the biggest questions coming into this season was how the Lions defence would fare without Adam Bighill. After all, he was arguably the CFL’s best linebacker the past two seasons, and was a big part of the Lions’ defensive line throughout his six years in B.C.

To their credit, the Lions didn’t miss a beat without him.

Well, they weren’t without him completely…

So much love here in the Den! Thanks to all the @BCLions fans out there that made playing here so special!!! #savage pic.twitter.com/TPjzhenI4s

If not for the defence, this game would’ve been over after the first half. They stood strong against a high-power Eskimos offence all night.

Credit the veteran Solomon Elimimian for leading the charge with five defensive tackles, which also gave him a nice accolade.

History made tonight. Congrats @SolomonE56 for passing @dantemarsh as our all-time leader in tackles! 💪 pic.twitter.com/83ZI9kuWwv

Off night for Jennings

Good thing the defence came ready to play, because they were out there a lot early. The Lions offensive line couldn’t get much of anything going in the first half.

In the second half they at least ran the ball well, but for most of the night Jonathon Jennings just seemed off.

He missed some wide open looks, and just didn’t seem to know when to release the ball tonight. He was sacked five times. Reilly was sacked once.

When he’s on top of his game, this will be a scary team to play against.

Talk about a roller coaster debut for kicker Ty Long.

For starters – he wasn’t supposed to be the starter.

With other Lions kicker Swayze Waters on the 1-day disabled list, the 24-year-old Long got a chance to show his stuff in his first-ever CFL game.

It started off great, with Long living up to his name with a 43-yard field goal to get the Lions on the board.

Long is all 😁😁after first @CFL field goal 🦁🏈#CFLKickoff pic.twitter.com/XH6O1YtTf0

He missed his second attempt, a 42-yarder that rang off the right post of the uprights.

He rebounded after that, making his next three field goals.

Then, after the Lions tied it up, Long went for the convert – and missed.

It’s not unheard of – it happened more than a few times last season – but to have it happen at such a pivotal moment in the game was stunning.

I feel for the kid, he’s clearly got potential. He made that first 43-yarder look ridiculously easy.

He can kick long, now he just needs to kick straight.

Jokes aside, nerves likely got the best of Long. Should be interesting to see how he does as he gains confidence, he’s got one helluva boot.

The Lions were down ten points with as many minutes left on the clock, and many fans were heading for the exits.

It wasn’t the result the Lions were hoping for to start the season, but there was some promising stuff.

Coming that close to beating a strong Eskimos team, even with Jennings off his game?

If this game is any indication, we’re in for an entertaining season.

📽 "We had good pressure all night."@GM_Brillo post game presser after loss against the @EdmontonEsks in the Lions' home opener. pic.twitter.com/tSyWVJwjoe