The Lion King musical opened last week at the Queen Elizabeth Theatre. The hit musical managed to capture the spirit of the original while breathing new life into Simba’s journey.

In 1997, the musical version of The Lion King premiered in Minnesota, and then to Broadway to become its fourth longest-running show. Despite its venerable age, the show’s popularity doesn’t seem to be lagging at all. All of Elton John’s original music is intact, with a new musical score created by Hans Zimmer and team. The show is most known for its dizzying array of elaborate costumes and giant animal puppets, all the while keeping the actors faces and expressions visible.

That Circle of Life opening number was gloriously remade, past even Disney’s iconic introduction. Not one, but three performers freestyled on the lead vocals, while animals of all kinds paraded down the aisles to the stage. From then on, the show makes a promise – mostly fulfilled – to deliver on stunning presentation. From the hollow, multi-person puppets of the larger animals, to the stately progression of antelope on bicycle-like contraptions, Lion King finds many ways of presenting the grandiose movements of animals large and small.

Strong musical performances elevated the show past a purely nostalgic exercise. L. Steven Taylor plays Mufasa and adds a depth and warmth to the role, expanding on the important father/son dynamic of the movie. Tshidi Manye’s soaring vocals as Rafiki in Circle of Life blew my mind. She was replaced by Farah Lopez in the second half, which I’m told isn’t common, but both actresses managed to bring a new spin to the crazy monkey’s uncle. It’s new interpretations like this that kept the story fresh. 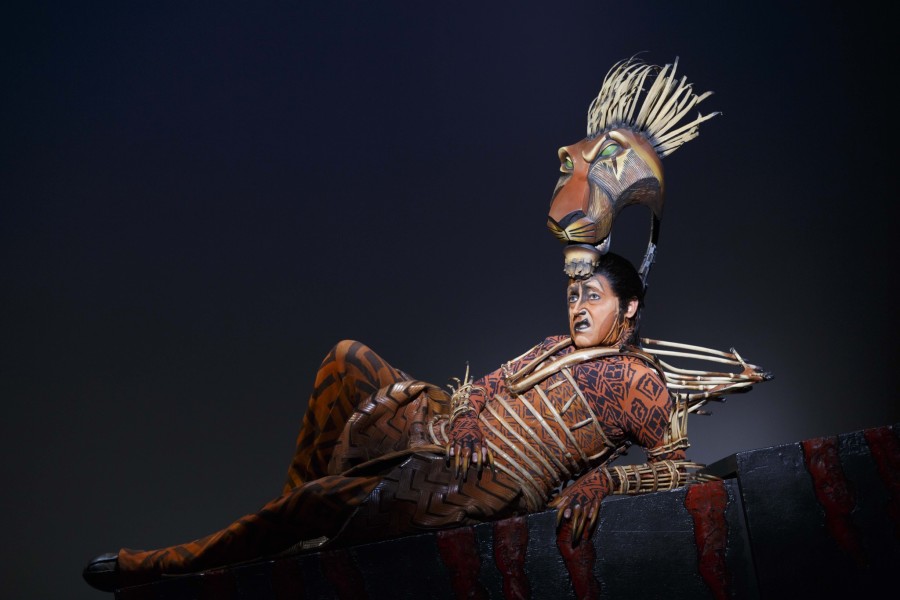 Patrick R. Brown as Scar was the only let-down with me; his Scar was much too lethargic and reserved, not threatening enough to be believable. There was also an added layer of unwanted attention between Scar and adult Nyala that felt creepy and unnecessary. It involved only one brief scene and felt like a rushed bit of character development. I much preferred the movie version on this one, where headstrong Nyala simply headed off on her own to find help for Pride Rock, and not because she was forced out by a predatory uncle.

Beyond the big original numbers, there were both hits and misses in the new score. The hyenas’ new number, Chow Down, is easily the weakest of the lot both vocally and visually. The new songs worked better for developing the characters of adult Simba and Nyala (Jelani Remy and Nia Holloway, respectively) and better illustrating their fears and hopes. Both had gorgeous voices that blended well together in Can You Feel the Love Tonight. 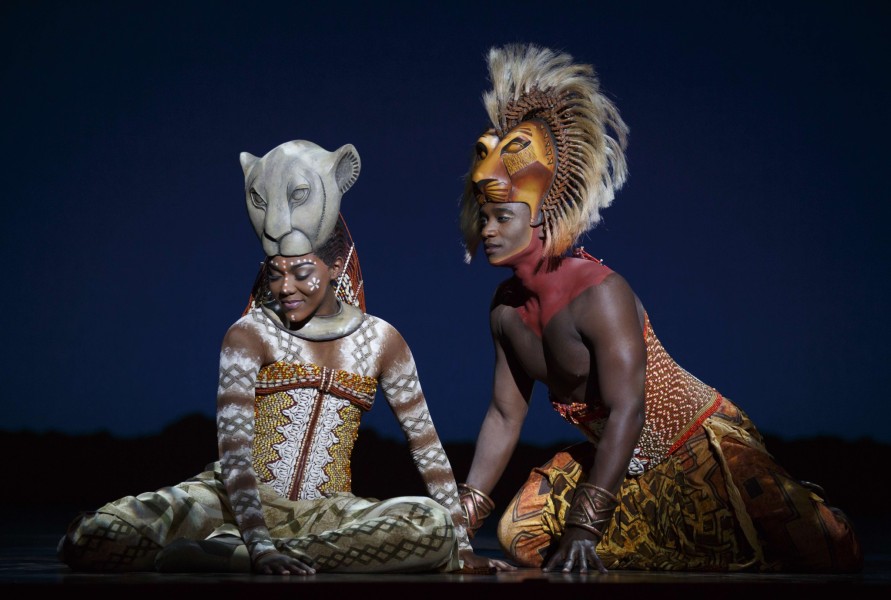 Overall, Lion King the musical is well worth attending on its own merits. The best jokes of the original are still there, mixed in with some updated material – Zazu’s song for entertaining Scar is priceless and illustrates how Disney can poke fun at their own successes. How I feel about the legacy of The Lion King is summed up by one of the new songs:

(It was also the opening number to The Lion King II: Simba’s Pride, which most of you probably only watched if you had children.)