If you walked down Granville Street at any point yesterday, you might have noticed a bevy of tents, fold-up chairs and eager fans of fashion waiting patiently outside of the Pacific Centre H&M.

Today, November 5, the Balmain x H&M collaboration launches around the world, and despite Vancouver’s reputation as a city that takes a, shall we say, relaxed approach to fashion, people were eager to get their hands on this limited collection. Many had been waiting outside the store since yesterday morning. 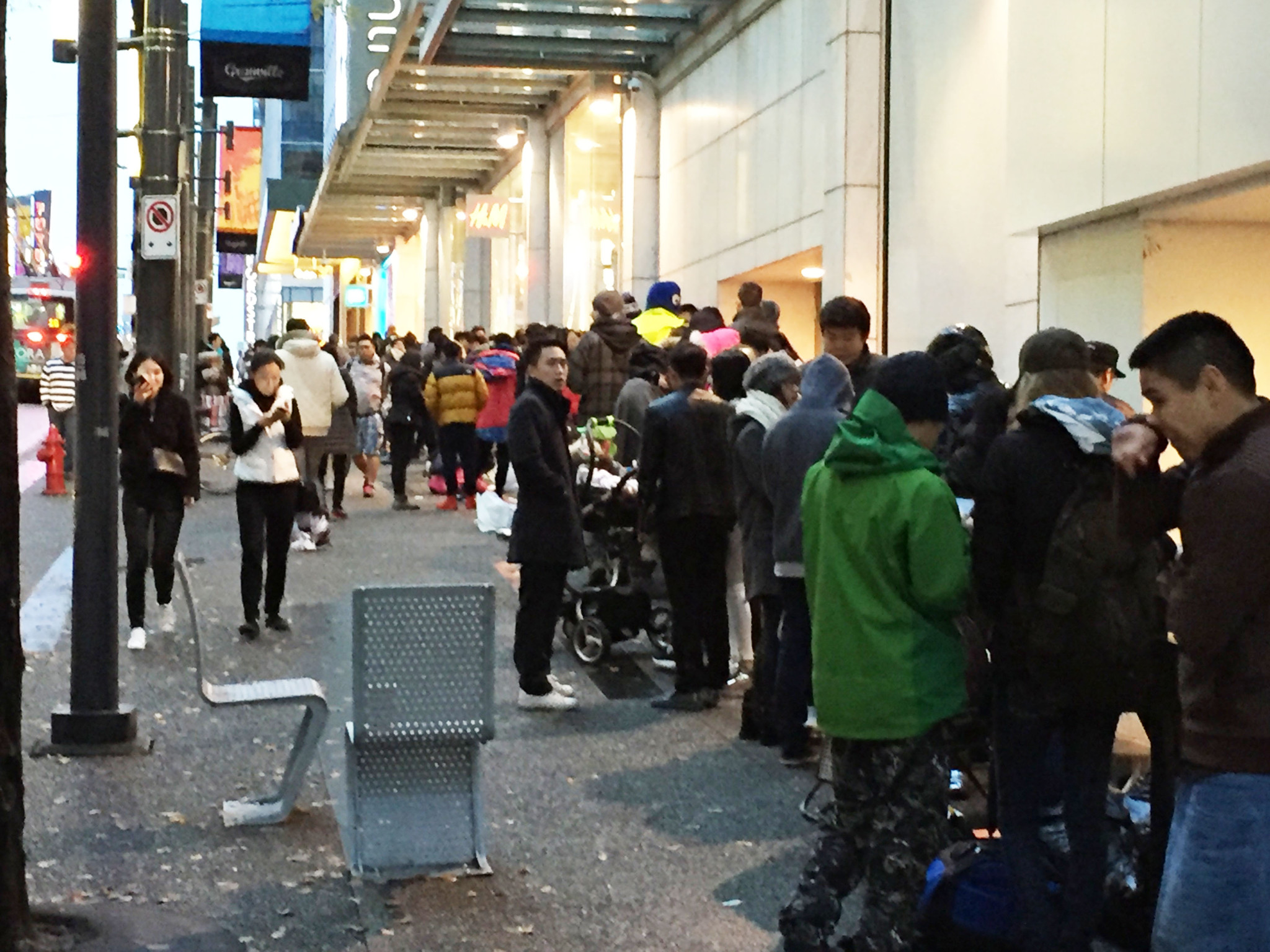 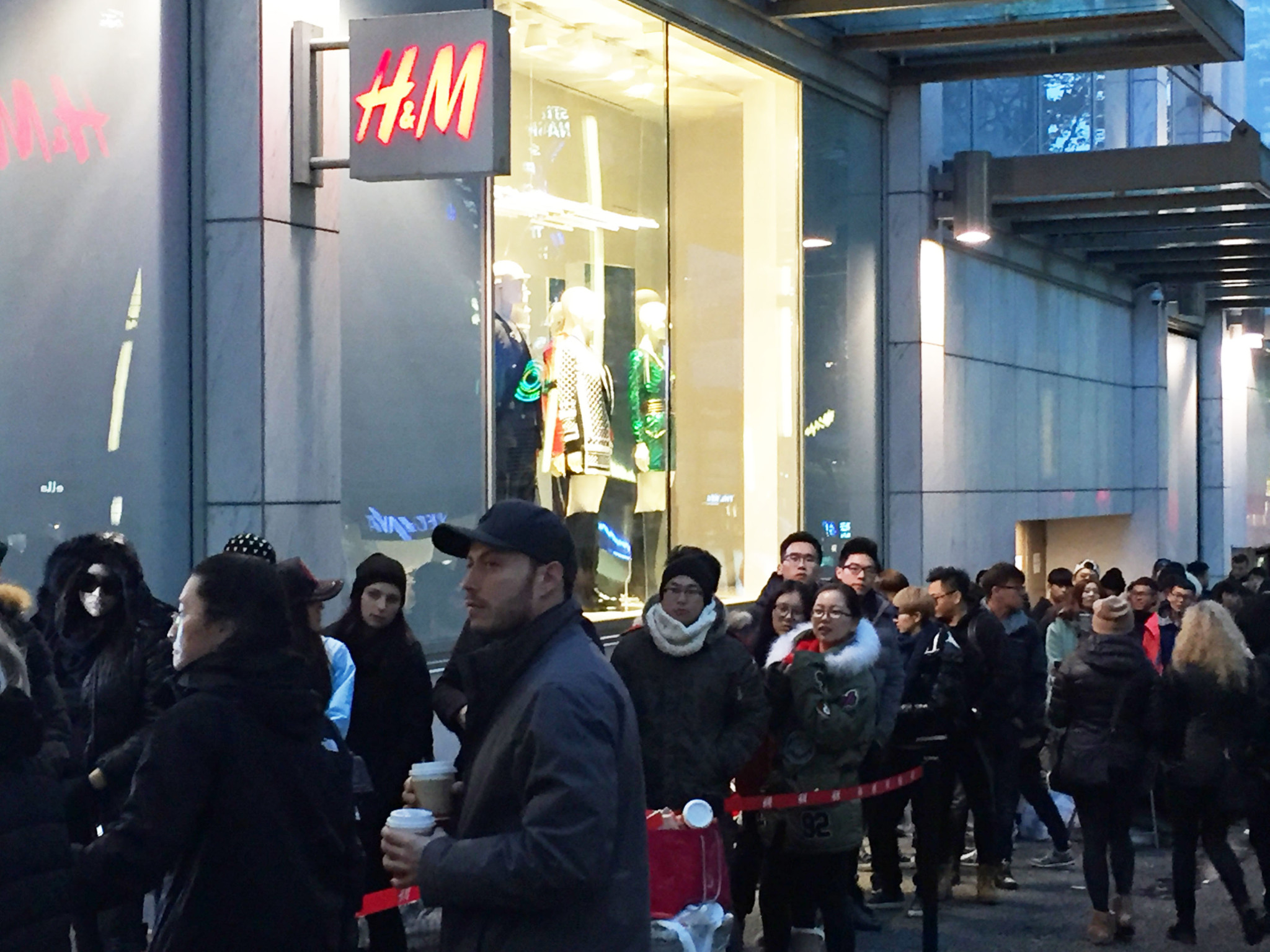 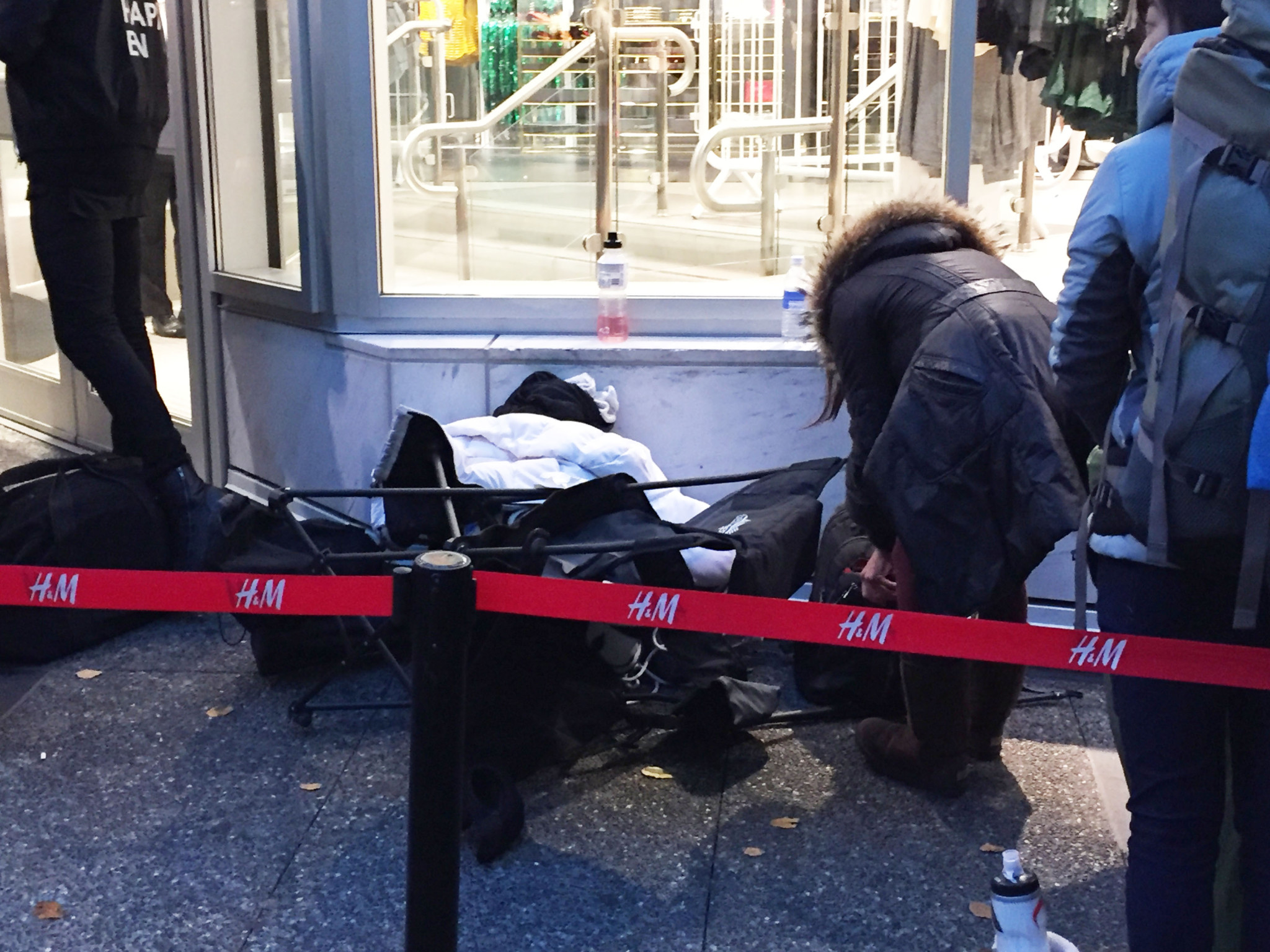 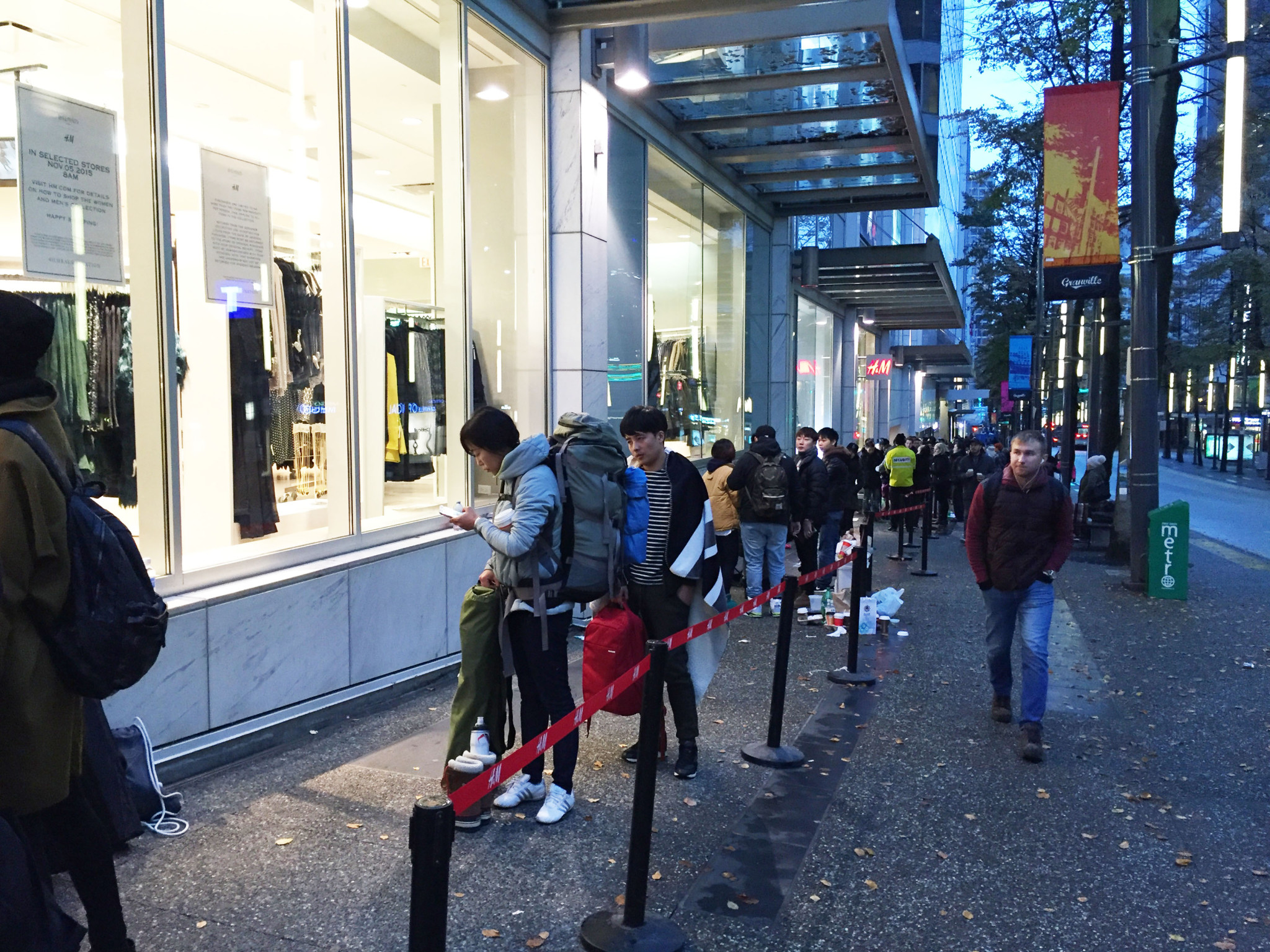 One of the people towards the front of the lineup told Vancity Buzz he had been waiting there since 11 a.m. the previous day.

“The whole collection is just really nice,” he said.

He said he and his friends did the same thing with the Versace collection two years ago.

Balmain is a Parisian fashion house that launched in 1946 by Pierre Balmain, who dressed stars of the time such as Ava Gardner and Brigitte Bardot. The house is now lead by 29-year-old creative director Olivier Rousteing.

Here’s what people who waited in line can expect to find when they storm Pacific Centre’s H&M:

And here are some happy little shoppers from elsewhere in the world:

32 hours homeless experience #balmainxhm A photo posted by WeiWei (@mrweiweichen) on Nov 5, 2015 at 8:18am PST