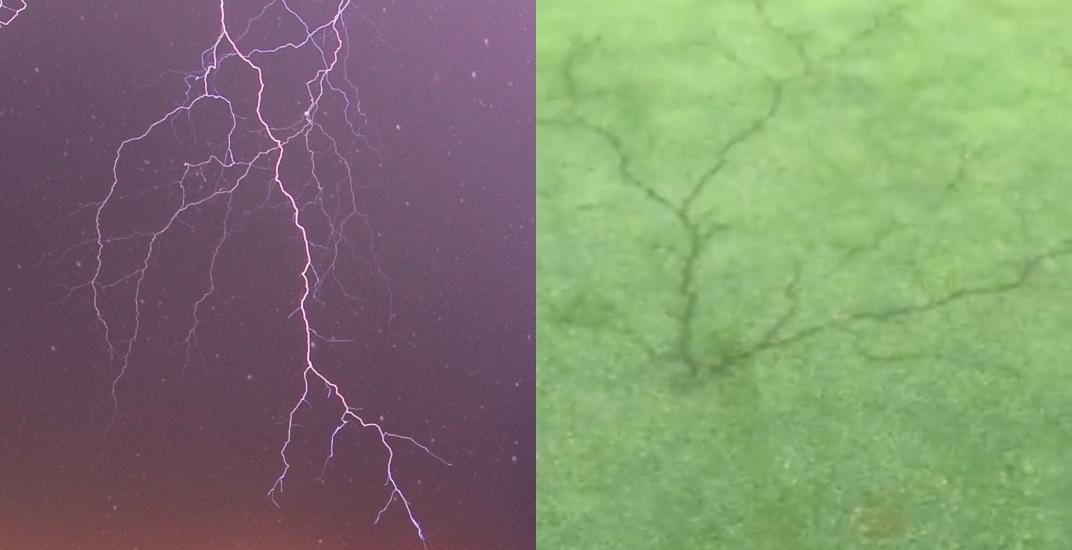 A spectacular thunderstorm has left its mark — quite literally — on the 17th hole at the Edmonton Petroleum Golf and Country Club.

The storm was affected people from all over Alberta, waking up many in the middle of the night.

I was able to capture some “shocking” video of the lightning during the #abstorm / #yegstorm pic.twitter.com/D43eVcqQ59

The next morning, burn marks could still be seen the putting green.

The storm was also powerful enough to cause a power outage at the golf course that lasted until 9:30 am the next morning.