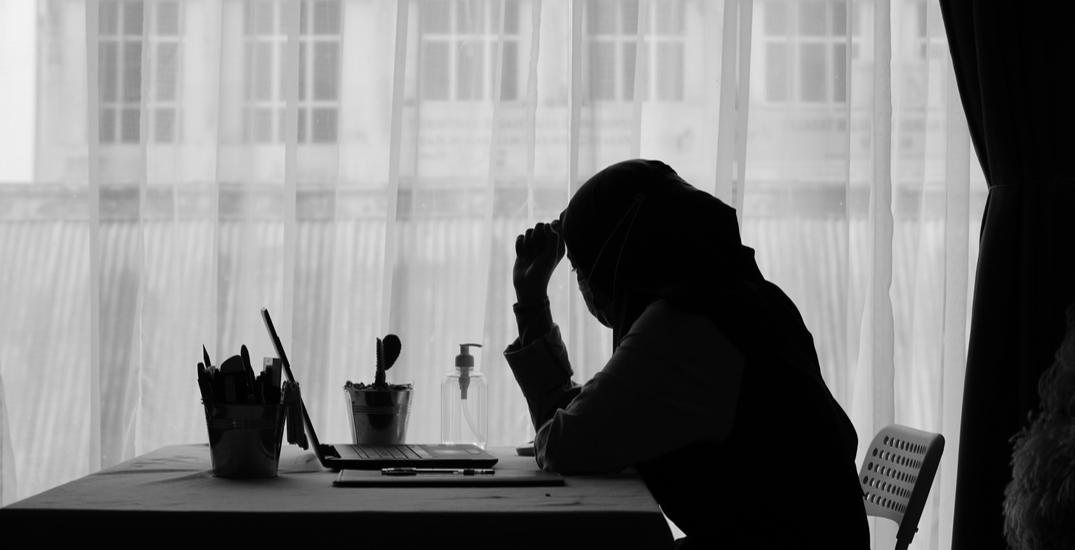 Nearly half of working Canadians are feeling an increased sensitivity to stress, and they’re noticing the same feeling in their colleagues.

While it may come as no surprise that many Canadians are feeling stressed, 17% said they would not seek professional help to cope, according to the report. 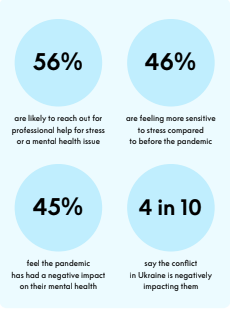 “It is important for employers to recognize there is often more than meets the eye when it comes to how employees are feeling, and that providing ongoing communication and support is critical to ensure employee mental health remains a top priority,” LifeWorks President and CEO Stephen Liptrap said in a press release.

LifeWorks Global Leader and  Senior Vice President Paula Allen said that the prolonged uncertainty of the last two years is behind the increased sensitivity.

“While life has begun to return to a sense of normalcy for some, many are carrying the heavy weight of stressful world events on their shoulders. As these occurrences continue to impact peoples’ mental health, it will create an even more unpredictable landscape for individuals and the economy,” she said.

While many Canadians are feeling more sensitive to stress, the overall mental health index rose. It’s still well below pre-pandemic levels, at -10, but it’s up .5 of a point since March. The pre-pandemic benchmark was 0.0. 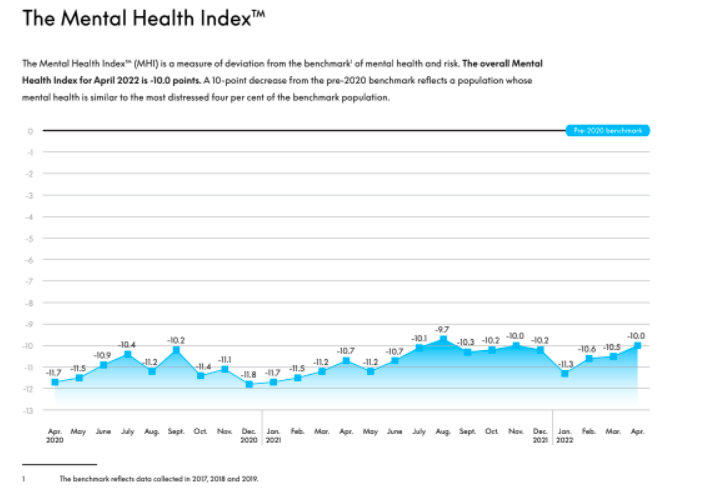 Broken down by province, most regions are seeing a rebound in their mental health index, but Alberta, Quebec and Manitoba have seen a downward trend. In fact, all three provinces are hitting lows similar to December 2021.

Newfoundland has fared consistently better than all provinces with the exception of a brief dip from January to March 2022. BC, Ontario, Saskatchewan and the Maritimes are all on the rise.