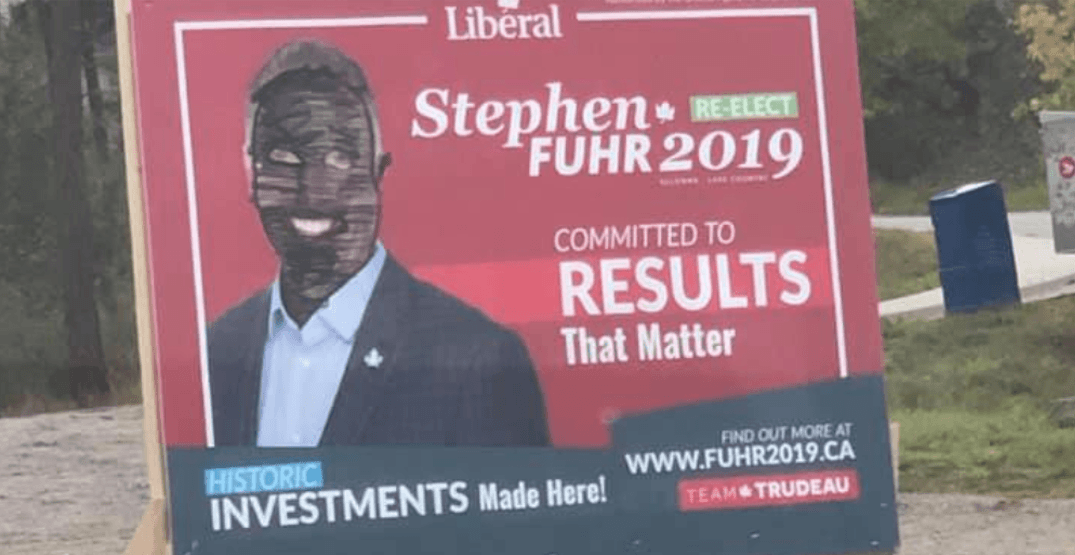 A Liberal candidate in BC says some of his campaign signs have been vandalized with black colouring on his face.

Stephen Fuhr, who is running for re-election in the riding of Kelowna-Lake Country, says about six signs in high-traffic areas were coloured with what appears to be black marker.

“I don’t take it personally from the perspective of they’re attacking me, personally … They’re trying to tie me and this campaign and my efforts in this community to the bigger conversation that’s happening with the prime minister.”

Images have surfaced from years ago of Liberal Leader Justin Trudeau wearing blackface as well as brown face makeup while in costume at an “Arabian Nights” party.

Trudeau, who says he’s embarrassed, has apologized and admitted his actions were racist.

Fuhr said he is standing by his party leader.

“He apologized unequivocally that it was wrong. I don’t think at the time he realized the bigger context of what he was doing in his 18 to mid-20s.”

How many Halloween parties have you been at in your life where people have done this not thinking of the bigger context?”

Fuhr said anyone with information about the vandalism of his signs should contact his office or the RCMP.