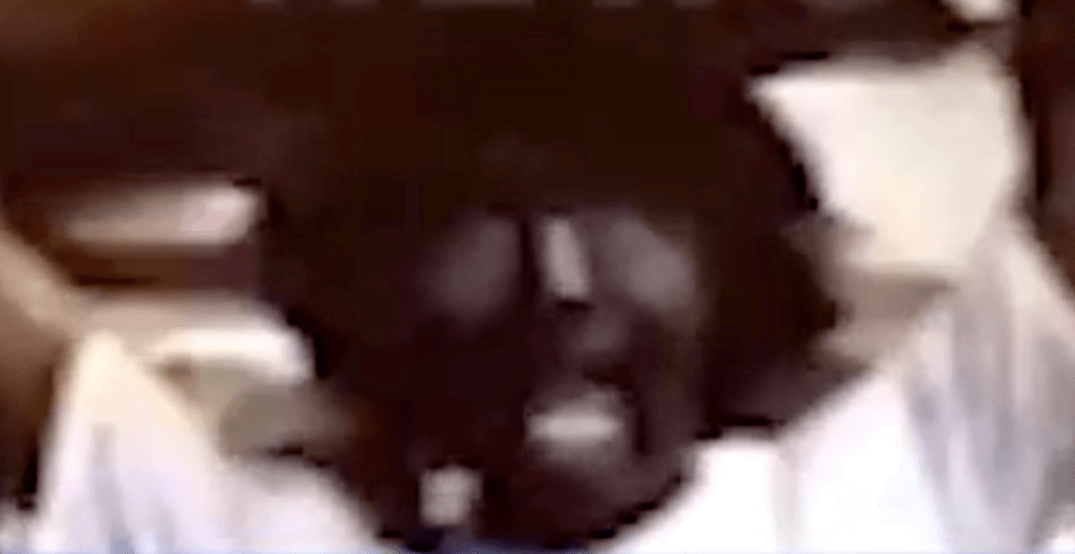 A screencap of the footage (Global)

Liberal Leader Justin Trudeau is delaying his campaign plans today to make phone calls to candidates and to leaders in different ethnic communities across the country.

He’s trying to deal with the fallout from the release last night of a controversial image of a 29-year-old Trudeau wearing dark paint on his hands and face while dressed as Aladdin.

Trudeau apologized profusely for wearing the costume and makeup to a theme gala at the school where he taught at the time, acknowledging the “brownface” was racist.

He also admitted to wearing blackface for a performance when he was in high school, singing Harry Belafonte’s “Banana Boat Song (Day O).”

That was followed by another image and a video, first reported by Global News, of another instance of Trudeau in skin-darkening face paint, which the Liberals said was from the early 1990s.

After his short news conference aboard his campaign plane last night, Trudeau is due to take questions from reporters again this afternoon in Winnipeg, and then he’s to resume his election tour in Saskatoon with a rally this evening.