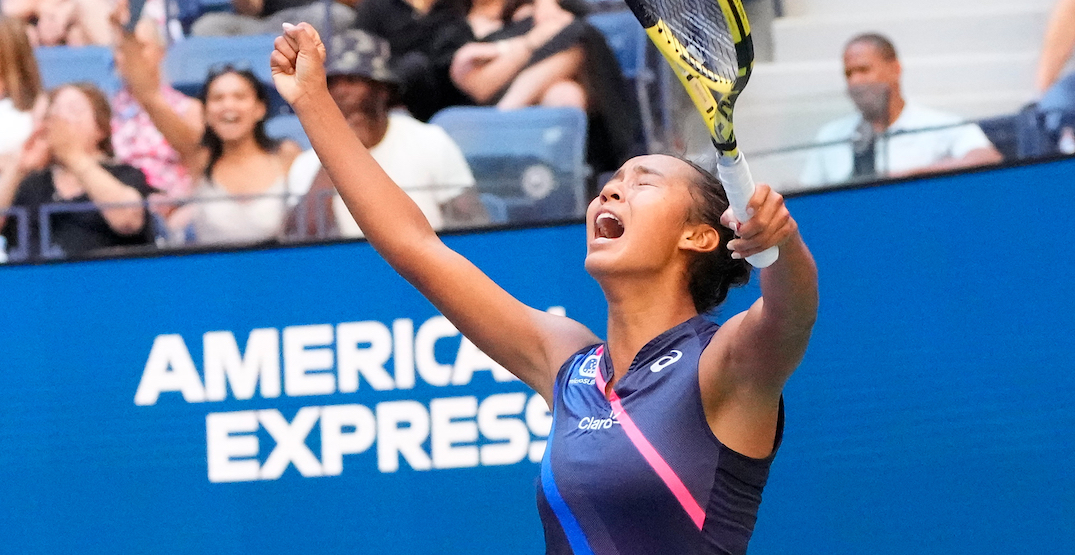 If you didn’t already know the name Leylah Fernandez, you surely do now.

The 19-year-old Montreal tennis pro has become a household name in Canada in less than a week due to her remarkable run at the US Open. Fernandez has knocked off two former World No. 1 players in Naomi Osaka and Angelique Kerber, as well as the current No. 5 player Elina Svitolina, in her last three matches.

She was ranked 73rd heading into the year’s final Grand Slam, and now Fernandez’s world ranking is set to skyrocket. By qualifying for the semi-finals, she’ll move up to the 36th or 37th spot. If she pulls off another upset, this time against No. 2 seed Aryna Sabalenka, she’ll be in 27th or 28th position.

If Fernandez can win the whole tournament, she’ll overtake Bianca Andreescu as the highest-ranked Canadian on tour, as the 19th-ranked women’s tennis player in the world. Andreescu’s ranking will be taking a dip, as she’s currently set to move from No. 7 to No. 20 in the WTA rankings.

Fernandez is just the third Canadian woman ever to reach the semi-finals at the US Open. She’s also the youngest player ever to defeat two top-five opponents at the same major since Serena Williams in 1999.

Remarkably, Fernandez isn’t the youngest player left in the women’s singles draw, nor is she the lowest ranked. She’s not even the only Canadian-born player left.

Competing in the other semi-final is Emma Raducanu, who is just two months younger than Fernandez and was born in Toronto, but represents the United Kingdom as she moved to London when she was two years old. Raducanu is set to move up by at least 99 spots, from 150 to 51.

Fernandez is also joined at the US Open by two other Canadians competing in other draws. Felix Auger-Aliassime takes on No. 2 seed Daniil Medvedev of Russia on Friday in the men’s singles draw. The 21-year-old Canadian will reach a new career-high on the world rankings, set to move up at least four spots to No. 11.

A third Canadian still competing is Gabriela Dabrowski, who is in the semi-finals of the women’s doubles tournament with partner Luisa Stefani of Brazil.

All eyes will be on Fernandez on Thursday, as her match is set to take place at 7 pm ET/4 pm PT in Arthur Ashe Stadium in New York.