Let’s Rock Against Cystic Fibrosis is happening on Saturday June 28, 2014 at The Imperial in an effort to raise money for Cystic Fibrosis Canada’s efforts to help find a cure.

An anonymous foundation has donated $20,000 toward the Let’s Rock Against Cystic Fibrosis charity event and organizers are trying to match the donated amount.

The event will feature live performances by DJ Dripp, aerial performers, pole dancers, live bands, and it’ll even include a Miss Rock Goddess competition. Ticket purchase will include four drinks (two beers and two hard liquor), catered food, and an automatic draw for prizes with values ranging from $50 to $1,500.

Although it can affect various parts of the body, it mainly affects the digestive system and the lungs. Effects include difficulty digesting fats and proteins, loss of lung functions, and vitamin shortage due to the absence of pancreatic enzymes.

According to the Cystic Fibrosis Canada website, “one in every 3,600 children in Canada are born with cystic fibrosis.There is currently no cure for this genetic disease. 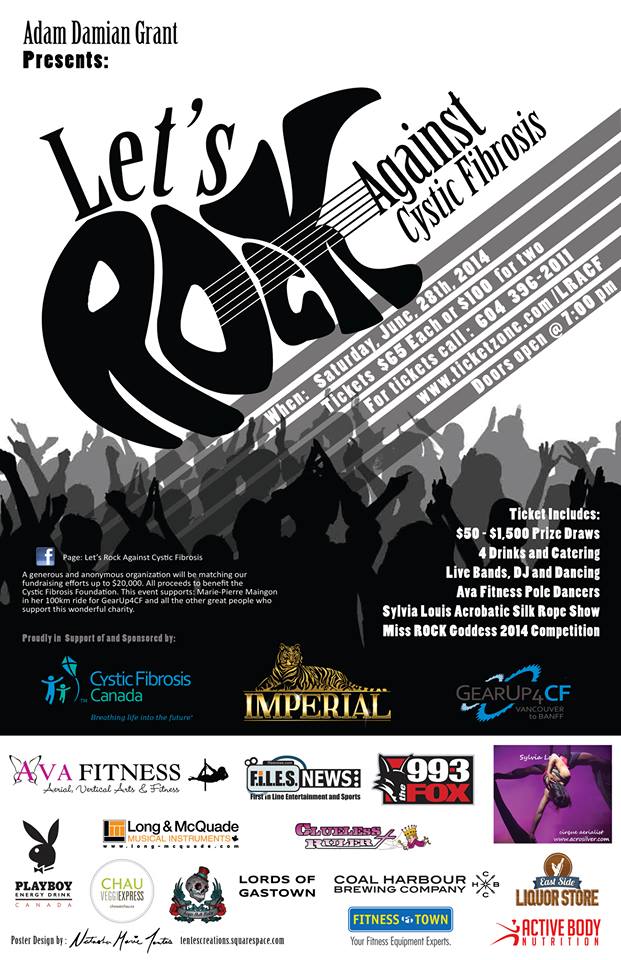