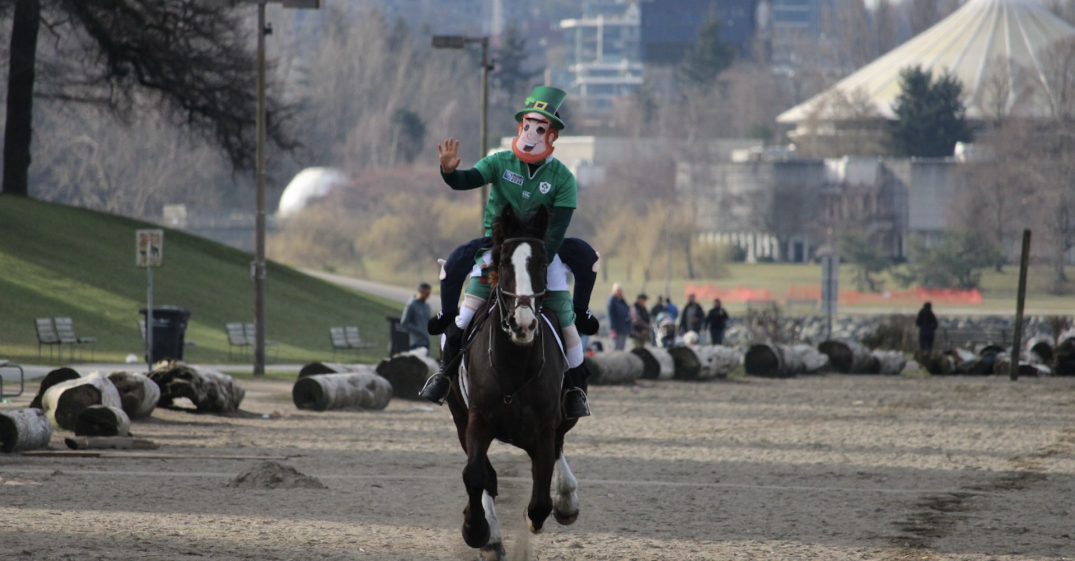 Did you catch a leprechaun trying to find his lucky charms in Vancouver today?

A mysterious life-sized leprechaun on horseback graced English Bay with his presence this morning to celebrate St. Patrick’s Day.

The man behind the green getup is actually William Donnellan, from Galway Ireland. Donnellan is the owner of Shamrock Bar + Grill and Donnellan’s Irish Pub in Vancouver.

Earlier this morning he hopped on his horse, named McGregor, and rode through Vancouver’s West End, the beach in English Bay, bringing a smile to many people’s faces. 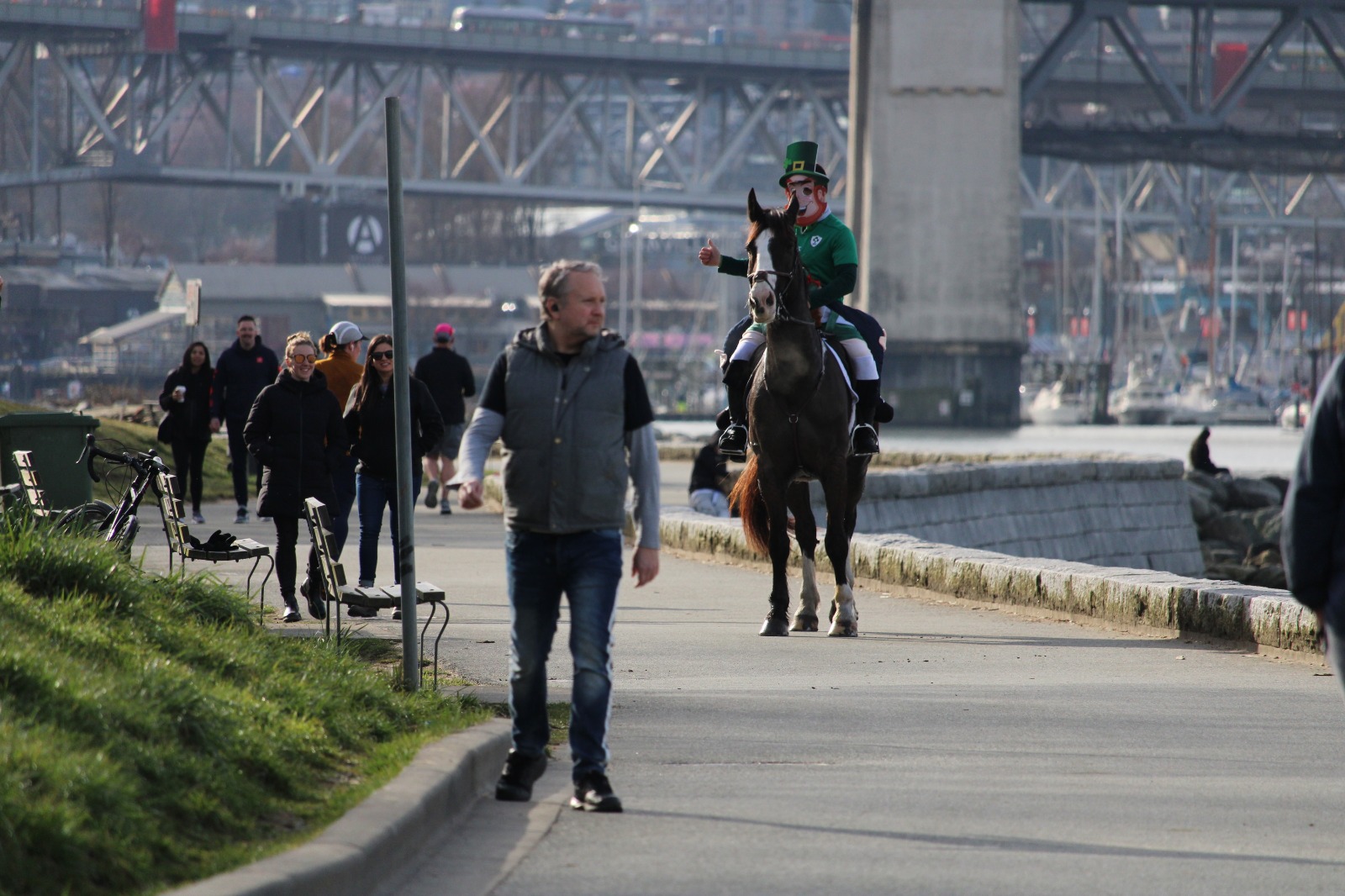 Donnellan told Daily Hive that he wanted to share how important it is to have a bit of fun, especially now during these tougher times. 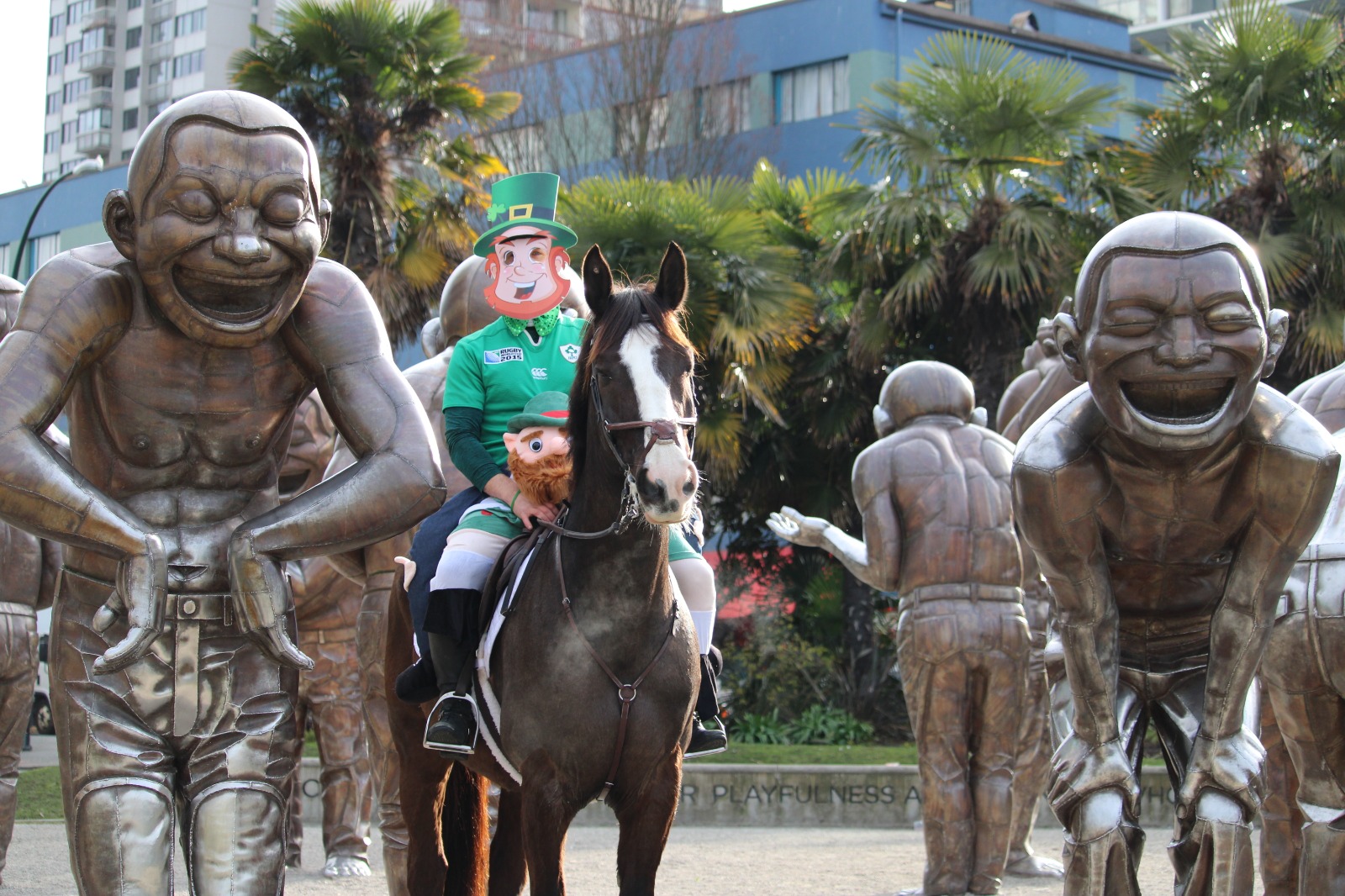 Respecting physical distancing and other regulations, Donnellan decided to put on this one-man St. Patrick’s Day parade. Did you spot him?