Skygazers may get a glimpse of the Leonid Meteor Shower over Metro Vancouver skies tonight if the weather is right.

The shower’s peak is set to hit between midnight and dawn on Wednesday, November 18, according to AccuWeather.

Though they happen every year, the meteor “storms” are less common and won’t be occurring this time around. But regardless, the shower should be visible most places around the world, especially in the south-west United States and Maritime provinces.

Skies over Vancouver will be mostly clear with a few clouds tonight, so there is a good chance you may see some meteors flashing above. 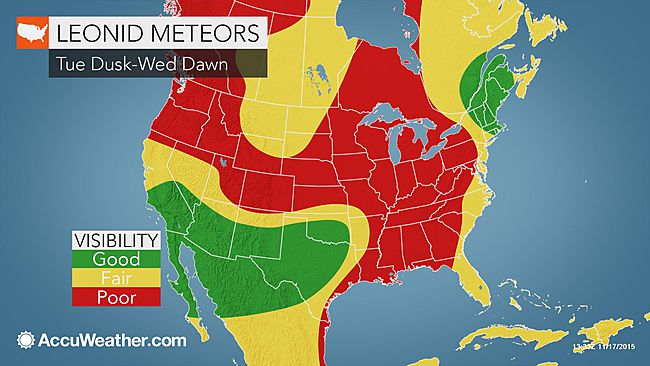