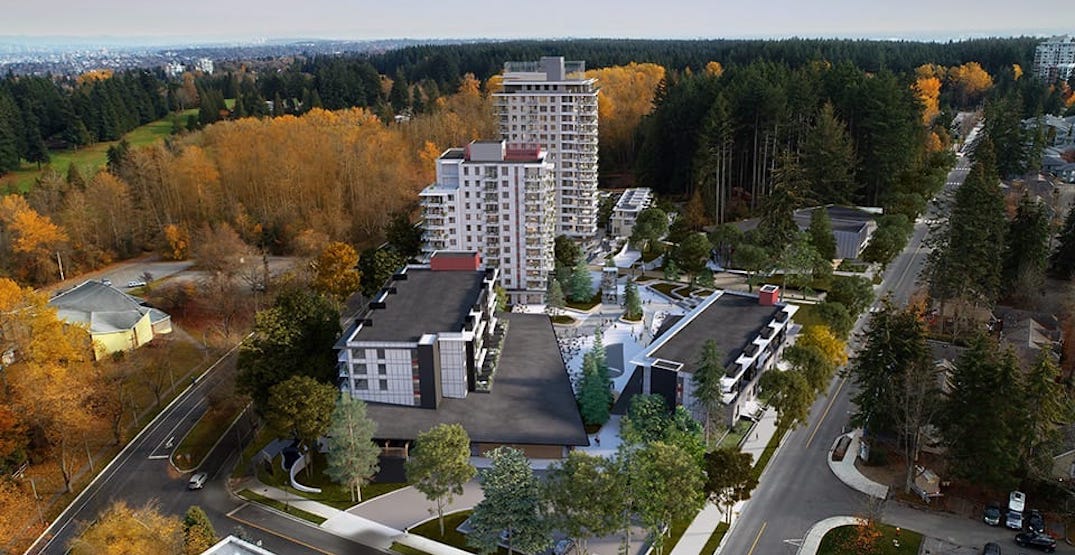 The federal government has provided $88 million in construction financing to the Musqueam Indian Band’s development company to fund an affordable housing component for the First Nation’s Lelem Village project.

This funding announced this week is being provided in the form of a low-cost loan from Canada Mortgage and Housing Corporation (CMHC), supporting the cost of building 173 rental homes at three of Lelem Village’s parcels — 5380 University Boulevard, 2320 Acadia Road, and 525 Shortcut Road.

Lelem Village is being built on a 21-acre site within the University Endowment Lands (UEL) just east of UBC’s academic campus.

As part of the housing agreement with the provincial government, at least 62 units will have affordable rents. 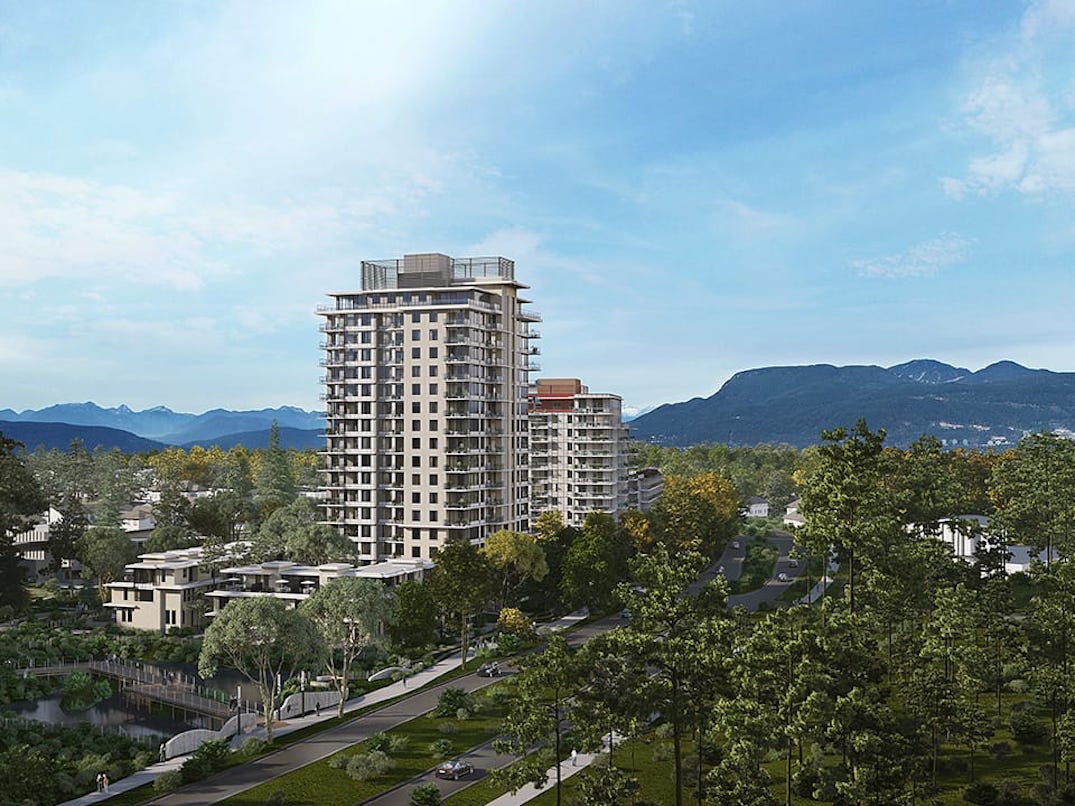 “Our goal at Musqueam Capital Corporation is to provide a quality living experience at affordable rents. We know we have work to do when it comes to supplying rental housing in our City, and we would like to thank the federal government for their ongoing support and commitment,” said Stephen Lee, CEO of Musqueam Capital Corporation, in a statement.

While housing vacancies deep in the Vancouver Westside and especially within the UEL and UBC soared over the past year due to the pandemic, demand has increased in recent months with BC’s restart and ahead of the return of in-class instruction at UBC in September 2021.

There is substantial long-term demand for rental housing in and near UBC, with the purpose-built rental vacancy rate of the UEL hovering at just 0.4% in October 2019. 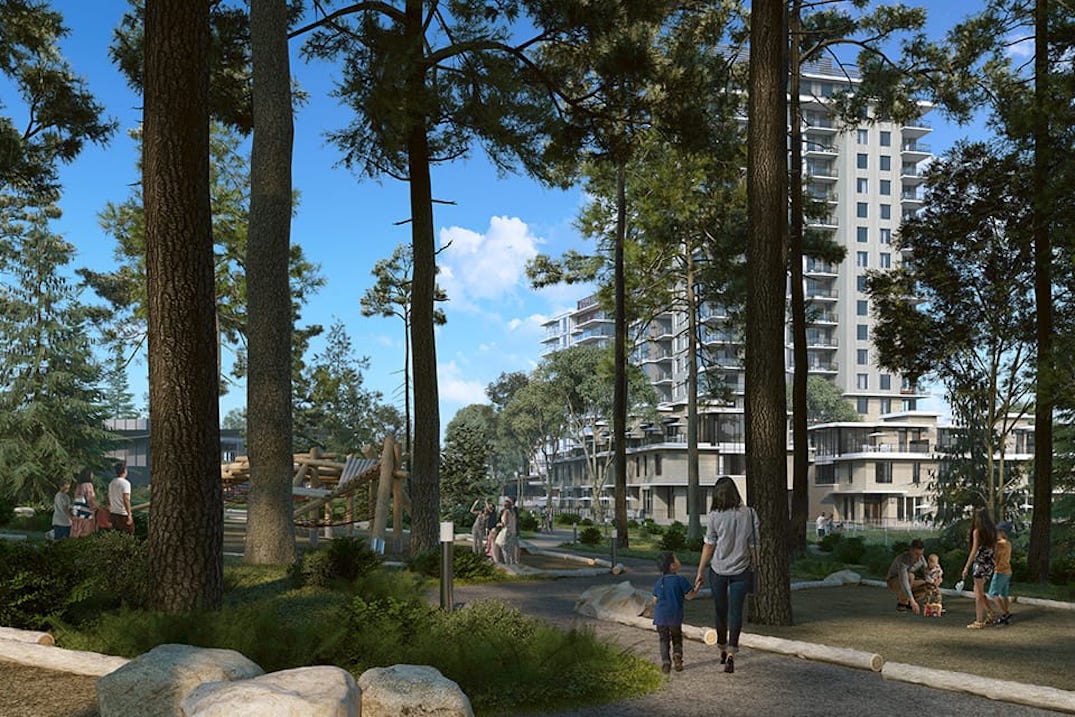 The first phase of Lelem Village, in partnership with local developer Polygon, located at the southeast corner of the intersection of University Boulevard and Toronto Road, is expected to reach completion by early 2022. Construction first began in 2017.

Lelem Village will be built over four phases through the end of this decade, creating 1.2 million sq ft of residential space for 1,250 homes for roughly 2,500 people, including condominiums and rentals. The towers will range between 12 and 18 storeys, in addition to a number of four-to-six storey buildings and townhouses. 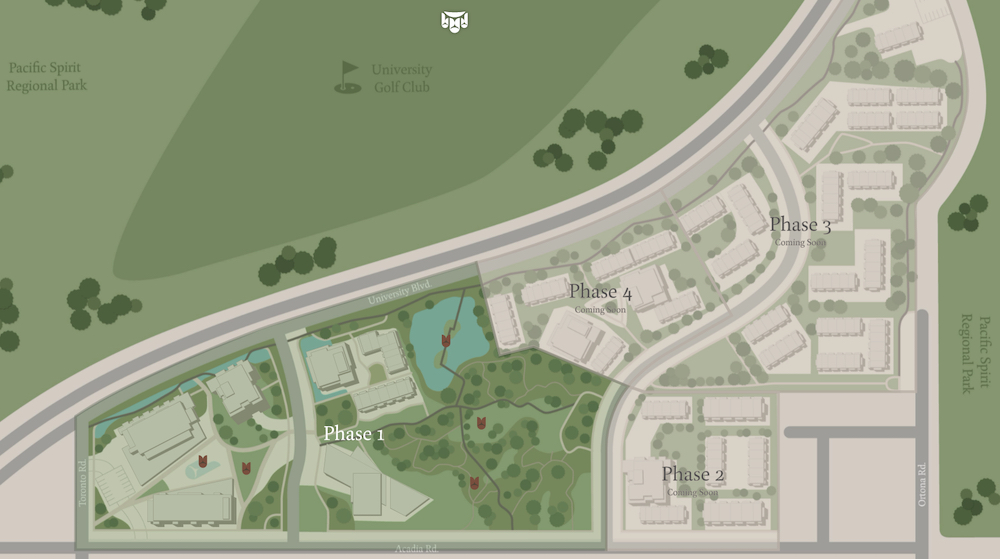 Residents will have access to a 15,000 sq ft community amenity building with a gymnasium, fitness centre, meeting rooms, and a 40-space childcare facility.

A 30,000 sq ft retail village with restaurants, coffee shops, small businesses, and a grocery store is planned for the western end of the site.

Well over half of the site will be dedicated to open spaces and parks, trails, wetlands, greenways, and gathering areas.

The UEL site where Lelem Village is being built is not part of the Musqueam’s reserve lands. In 2008, the provincial government handed over the site and the University Golf Course to the Musqueam as part of the reconciliation agreement with the First Nation.