A new bill introduced in the B.C. legislature today looks to put a stop to slow drivers in the left lane.

Citing the Rural Highway Safety and Speed Review, the Ministry of Transportation and Infrastructure found that there was considerable concern with slow drivers hogging the left lane on high-speed highways, causing driver frustration and aggressive behaviour.

“Drivers who won’t move over can impede traffic and contribute to crashes. This new rule makes it clear who should travel in the left lane, and when, promoting safety on our highways,” says Minister of Transportation and Infrastructure, Todd Stone.

The Motor Vehicle Amendment Act, 2015 will prohibit driving in the left lane unless:

Drivers will also be able to use the left lane if it is unsafe to drive on the right or if traffic congestion causes travel speed to drop below 50 km/hour.

The new legislation also does not apply in a number of circumstances not listed above, including instances where there are HOV lanes or little traffic.

According to the Ministry of Transportation and Infrastructure:

There is early speculation the Ministry will set the fine for driving in the left lane at around $110. 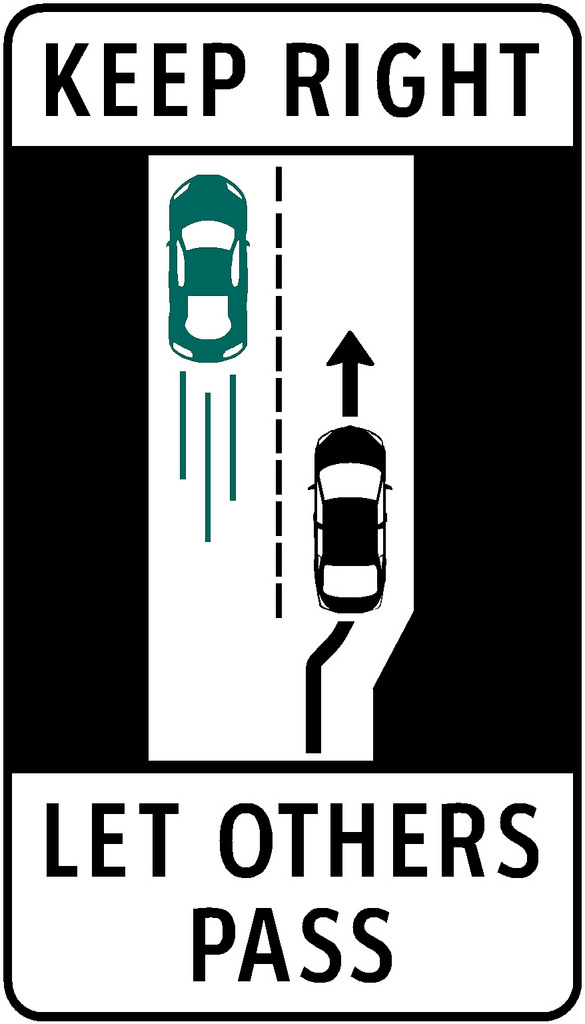