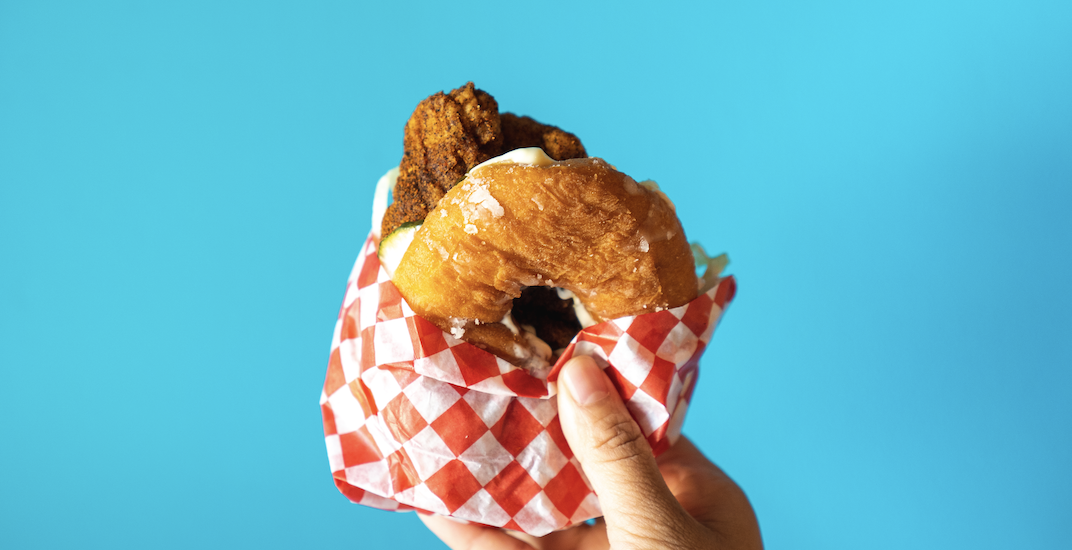 These morsels will be available starting Canada Day, July 1, at both DL Chicken Shack (905 Commercial Drive) and Downlow Burgers (926 Main Street inside The American).

After Wednesday, you can get them every Monday after at Downlow Burgers. 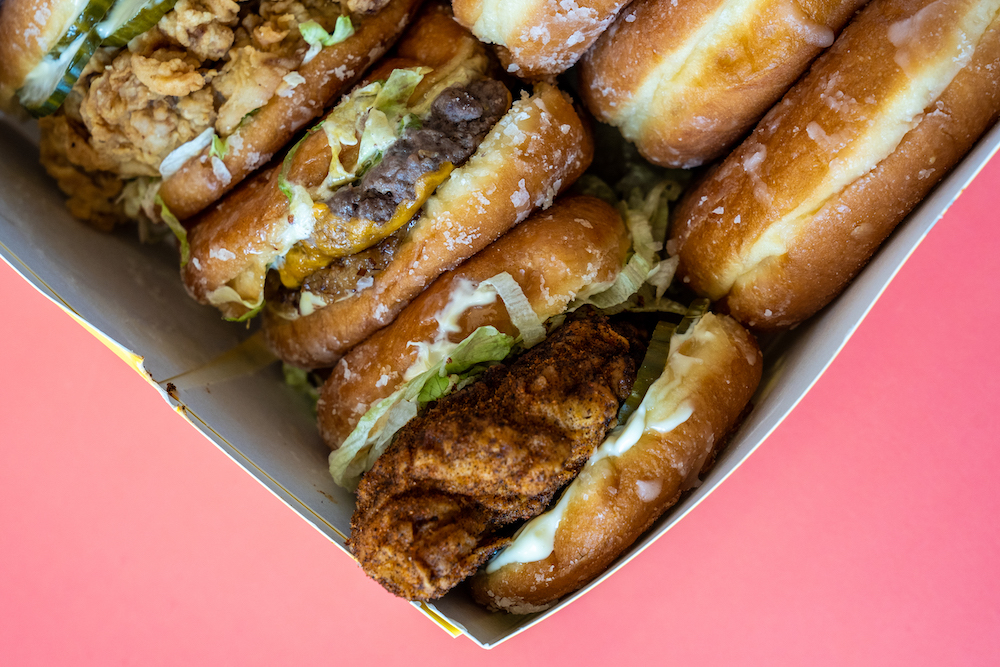 The $14 “Lee’s Honey Dip” Fried Chicken Sando is made from a combo of DL Chicken’s famous fried chicken breast with pickles, Rookie Sauce, and shredduce, sitting between a Lee’s Honey Dip yeast doughnut. 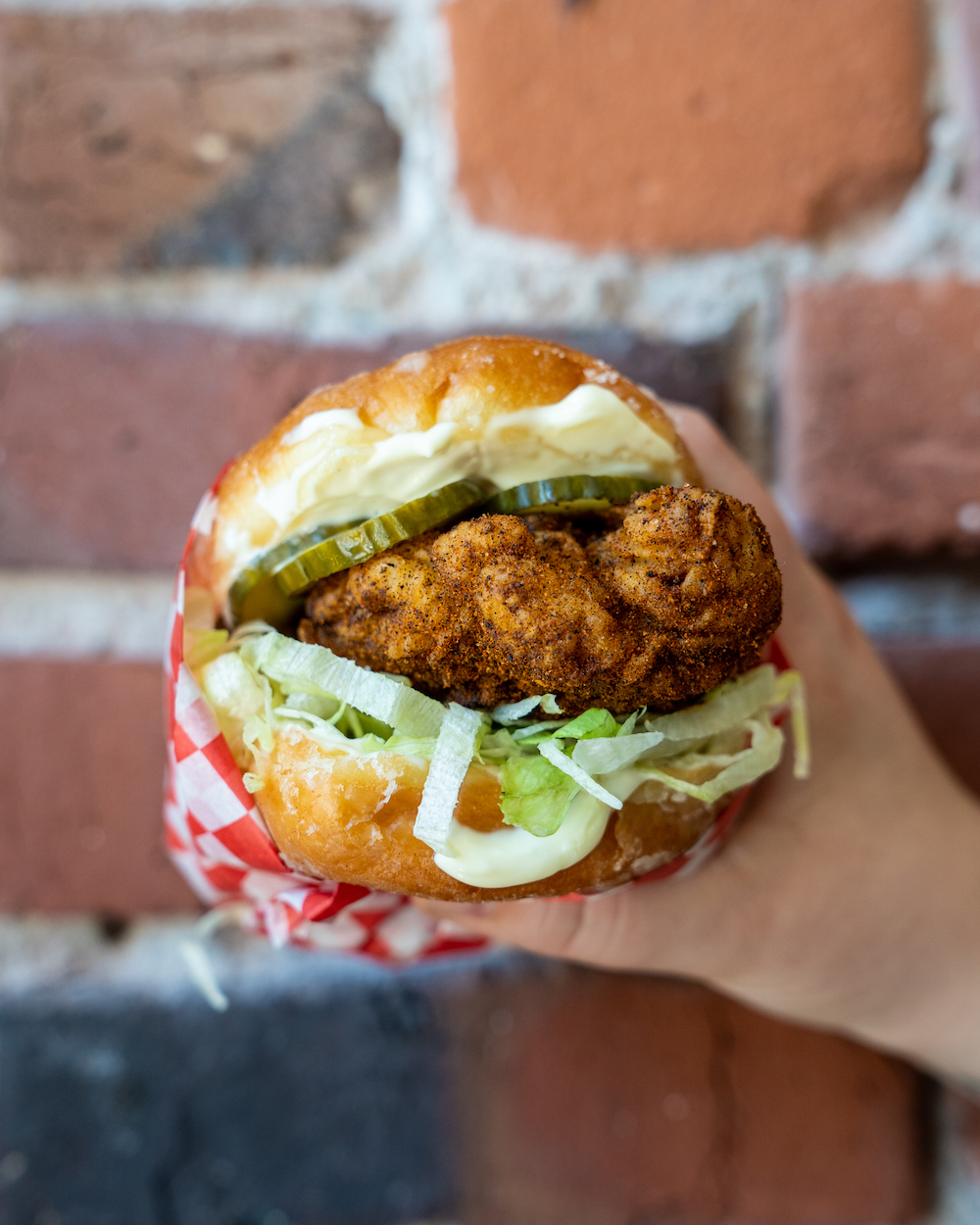 The best part? All July 1 proceeds are being donated to an Indigenous non-profit.

“We are excited to work alongside Lee’s Donuts to bring our version of the donut sando and burger to life,” says Doug Stephen, co-owner of DL Chicken Shack and Downlow Burgers.

“It’s something we’ve wanted to do for a long time, and can’t wait for our guests to try this incredible combo. ”

These features will be available until supplies run out, and it’s limited to two per person on July 1.