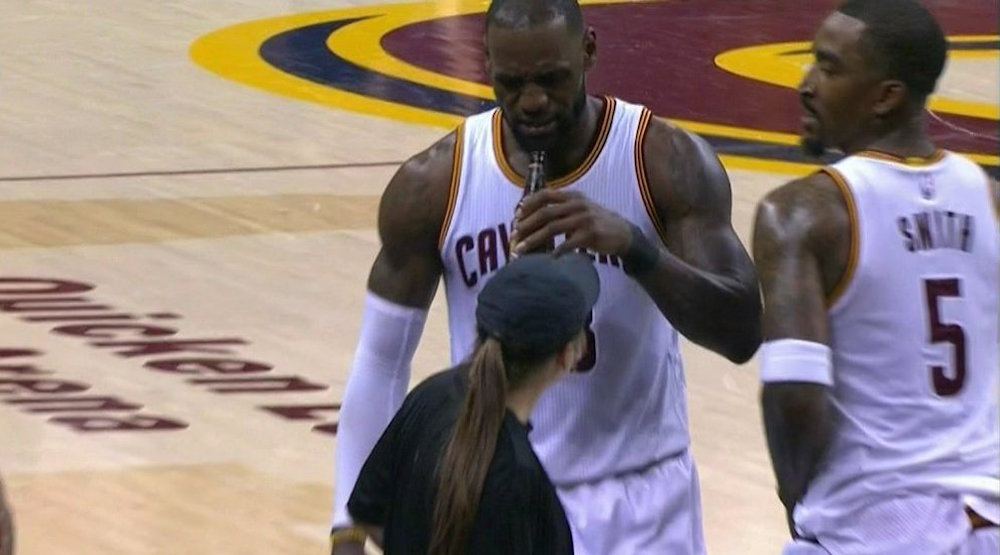 With 2:24 left in the third quarter and his team up by 16 points, James reached for a refreshment. He was joking, of course, as he pretended to take a sip of beer from the court-side arena attendant.

He could have downed it, and a few more, and the Cavs still would have won.

“I’m not much of a beer guy,” James said at his post-game media conference. “If she would have had some red wine I would have definitely taken a sip.”

Cleveland was dominant in Game 1 of the Eastern Conference semi-final, defeating Toronto 116-105, in a score that flattered the Raptors. James was outstanding as usual, scoring 35 points and adding 10 rebounds.

Toronto will try to wipe the smile from the King’s face on Wednesday, as the teams get together for Game 2.