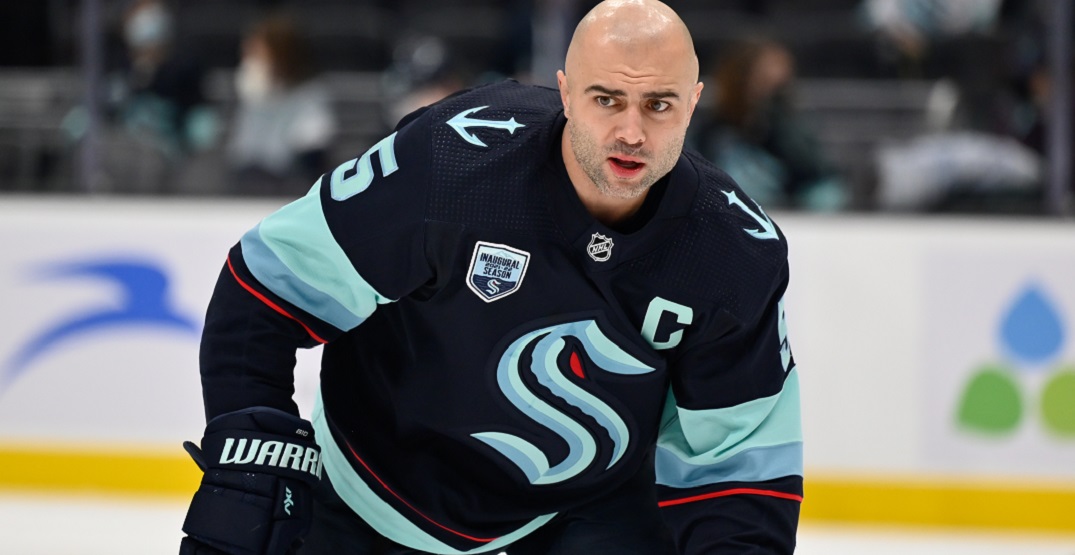 The Toronto Maple Leafs have landed Seattle Kraken captain Mark Giordano in a trade, according to multiple reports.

Sportsnet’s Ryan Leslie carried the first report of the trade of Giordano to the Leafs.

I believe Giordano has been traded to Toronto.

Giordano had been one of the NHL’s top trade targets this season due to his expiring contract and Seattle’s position far out of the league playoff race.  Giordano is averaging 21:29 of ice time this season while playing with the Kraken.

Mark Giordano, trade to TOR, is a top four defensive defenceman who can still make a solid first pass and prevent scoring chances against. #LeafsForever pic.twitter.com/No8MfBmQnu

Giordano has six goals and 17 assists for a total of 23 points in 55 games with the Seattle Kraken this season.

Giordano, a Toronto native, joined the Kraken in the expansion draft this past summer after spending his entire 15-year career prior with the Calgary Flames.

The move reunites Giordano with Leafs blueliner TJ Brodie, who was his frequent partner while playing together in Calgary.

Giordano won the NHL’s Norris Trophy as the league’s best defenceman in 2018-19.