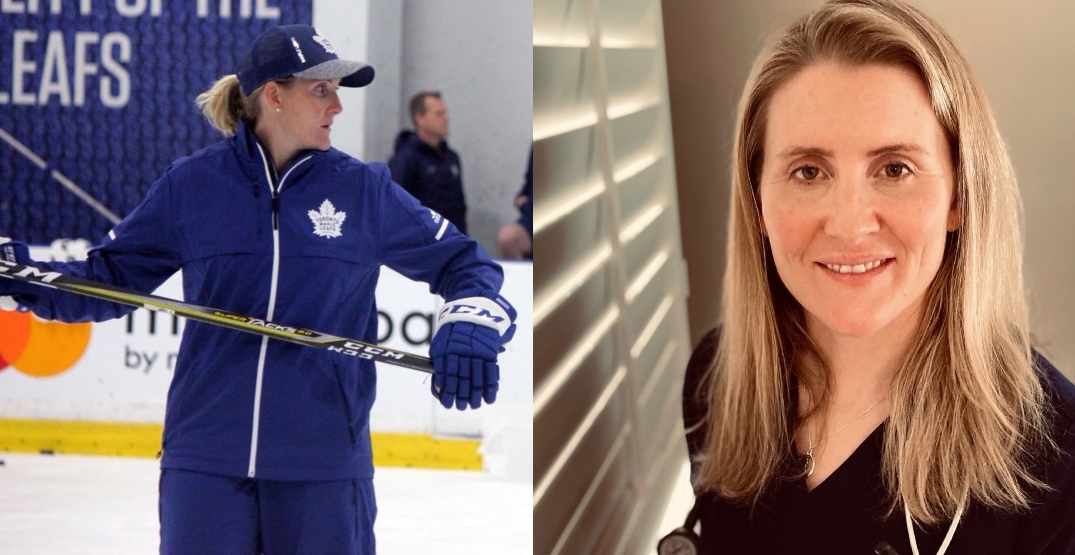 What a week it’s been for Canadian hockey legend Hayley Wickenheiser.

What a journey, and in a pandemic to boot!

Got my wings today.

Wickenheiser has been promoted to the role of Senior Director of Player Development.

One of current GM Kyle Dubas’ first staff hires as Assistant Director of Player Development, Wickenheiser first joined the Leafs organization in the summer of 2018.

The team’s release noted Wickenheiser has “worked with players throughout the Maple Leafs development program since joining the club with a focus on prospects based in Western Canada,” but it is likely she’s now able to work in more of a full-time role for the club.

You’d have to imagine this move has been in the works for a while now, with the timing so close to her medical school completion. It is currently unclear if Wickenheiser will also be practising in the medical field anytime soon, or what exactly her new role entails compared to her previous post. After all, this is the notoriously tight-lipped Leafs front office we are talking about.

A familiar face is coming along to work with Wickhenheiser, as two-time Olympic gold medallist Danielle Goyette was hired by the Leafs today as Director of Player Development.

In addition to her playing career, Goyette has served as the head coach of the University of Calgary Dinos program since 2007. Goyette actually coached Wickhenheiser for four seasons from 2010-14, when she was completing her Kinesiology degree. The pair won the CIS championship together in 2012, with Wickenheiser having already won three Olympic Gold medals at that point.

Goyette’s role is currently role occupied by former NHLer Stephane Robidas, who will be leaving at the end of June to go work for the Magog Cantonniers, a midget AAA outfit based in his home province of Quebec.

The Leafs also announced Monday new roles for consultant Darryl Belfry who will “oversee the technical development of the club’s players and staff,” while Will Sibley was promoted to Director of Development Operations and Analysis.