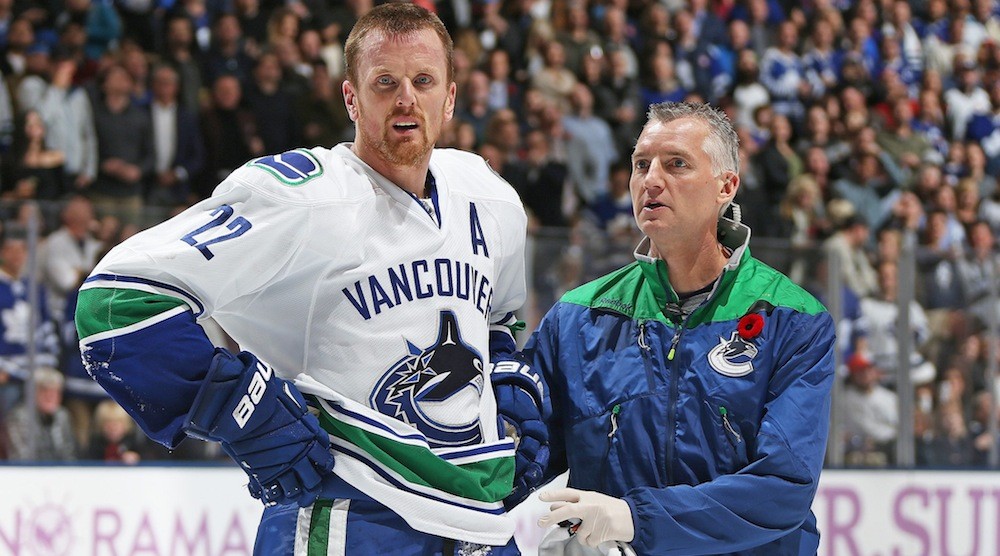 To the surprise of many, there won’t be a suspension coming for Maple Leafs forward Nazem Kadri, after his vicious blindside hit on Canucks forward Daniel Sedin.

Kadri delivered the check in the third period of Saturday’s game against the Vancouver Canucks. Daniel was in the process of shooting (and scoring) when Kadri came from the blindside and hit him in the head with enough force to cause Daniel’s helmet to fly off.

If the head was deemed the principle point of contact, Kadri would have received a lengthy suspension, particularly because he is a repeat offender, having been suspended in each of the last three seasons.

If you slow this down, you can make the case that Kadri grazed Daniel’s shoulder. Apparently that was enough for the NHL to legitimize the hit.

It should be noted that during a second round playoff series in 2013, Raffi Torres was suspended was suspended for the remainder of the playoffs for hitting Jarrett Stoll in a similar manner.

Here’s how Brendan Shanahan, then of the NHL Department of Player Safety, described the Torres hit on Stoll:

The Canucks, as you can imagine, were not pleased with the decision on Kadri.

“We disagree with the ruling this morning and are very disappointed,” Canucks GM Jim Benning said in a statement. “However, we must accept it and put it behind us so we can focus on tomorrow’s game.”

The Canucks will look to stop an eight-game losing streak Monday against the New York Islanders.