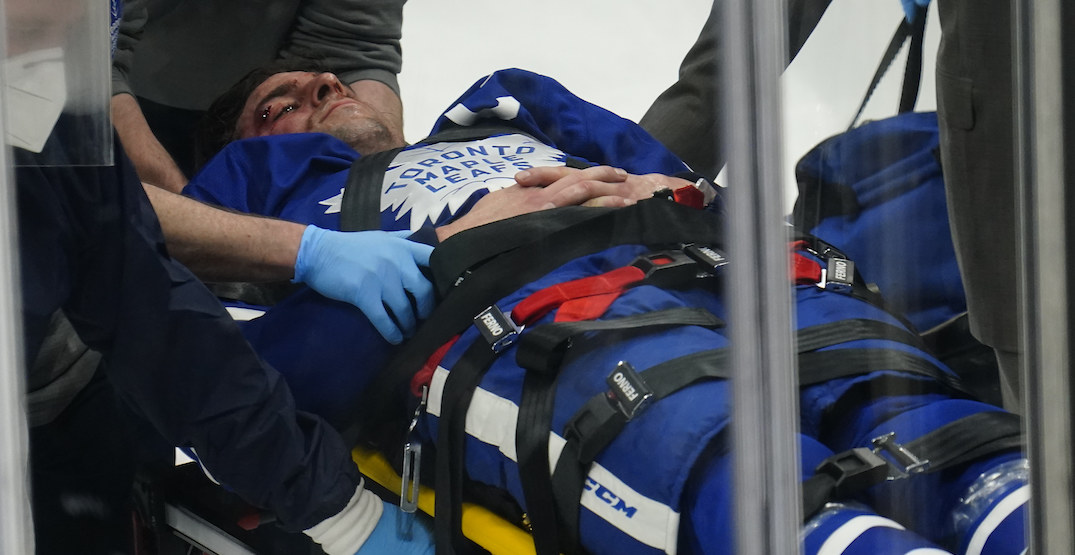 The Toronto Maple Leafs lost 2-1 in the opening game of their first-round playoff series last night, but the scoreline was barely worth a passing mention in any conversation being had about the game.

Midway through the first period of last night’s game at Toronto’s Scotiabank Arena, Maple Leafs captain John Tavares was involved in a freak collision with a pair of Canadiens players that resulted in a blow to the head.

With medical staff around him, a dazed Tavares attempted to get up and appeared to have lost control of his body as he collapsed to the ground once again. He was eventually stretchered off and transported to a Toronto hospital.

While the news was obviously a shock to everyone involved with the game, there was at least a promising early return via Toronto head coach Sheldon Keefe, that tests had come back “clear.”

At large, the Leafs and the NHL are notoriously opaque with many of their injury news, but it does appear that Tavares avoided a more serious diagnosis. More updates are to be expected within the coming hours and/or days.

“It’s horrible… life comes into play at that point,” Leafs forward Nick Foligno said. “Just seeing how he was in pain, it made you sick to your stomach.”

“We love each guy on this team,” goaltender Jack Campbell added. “We have such a strong bond with each player.”

The Canadiens were also quick to offer their support via Twitter.

We'd like to express our concern for John Tavares and are sending him our best wishes for a speedy recovery.