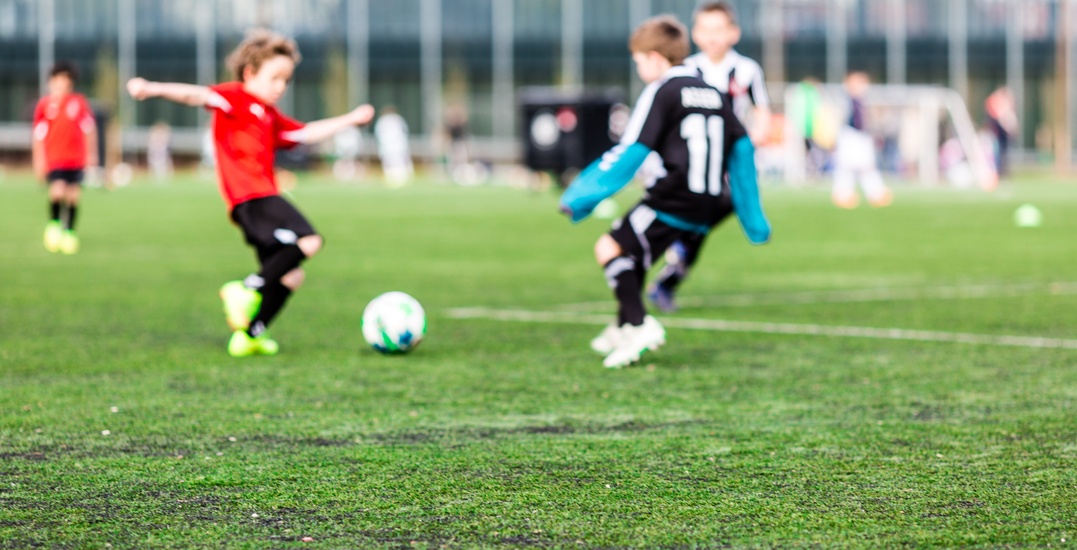 Some Vancouver residents are sounding the alarm after tests confirmed lead in the rubber pellets found in the synthetic turf playing field at Trillium Park and Vancouver Technical Secondary School.

In an email to Daily Hive Vancouver, Marlene Cummings said residents Kathy Lau and Peter Nicol collected crumb rubber pellets that appeared to have been washed out of the Trillium Park synthetic turf field perimeter and took them to Total Safety Service’s lab in Burnaby last month. They say the lab report confirmed that the lead infill sample found at the park contained 15.9 micrograms.

Cummings said the rubber infill from Vancouver Technical was analyzed at a different facility in Surrey called Element Lab, those results measured 12 micrograms of lead in the infill, and the plastic turf blades measured 24.3 micrograms per gram of lead.

The levels of lead found in the samples don’t exceed the lead criterion of 90 micrograms published in the Surface Coating Materials Regulations under the Federal Canada Consumer Product Safety Act. 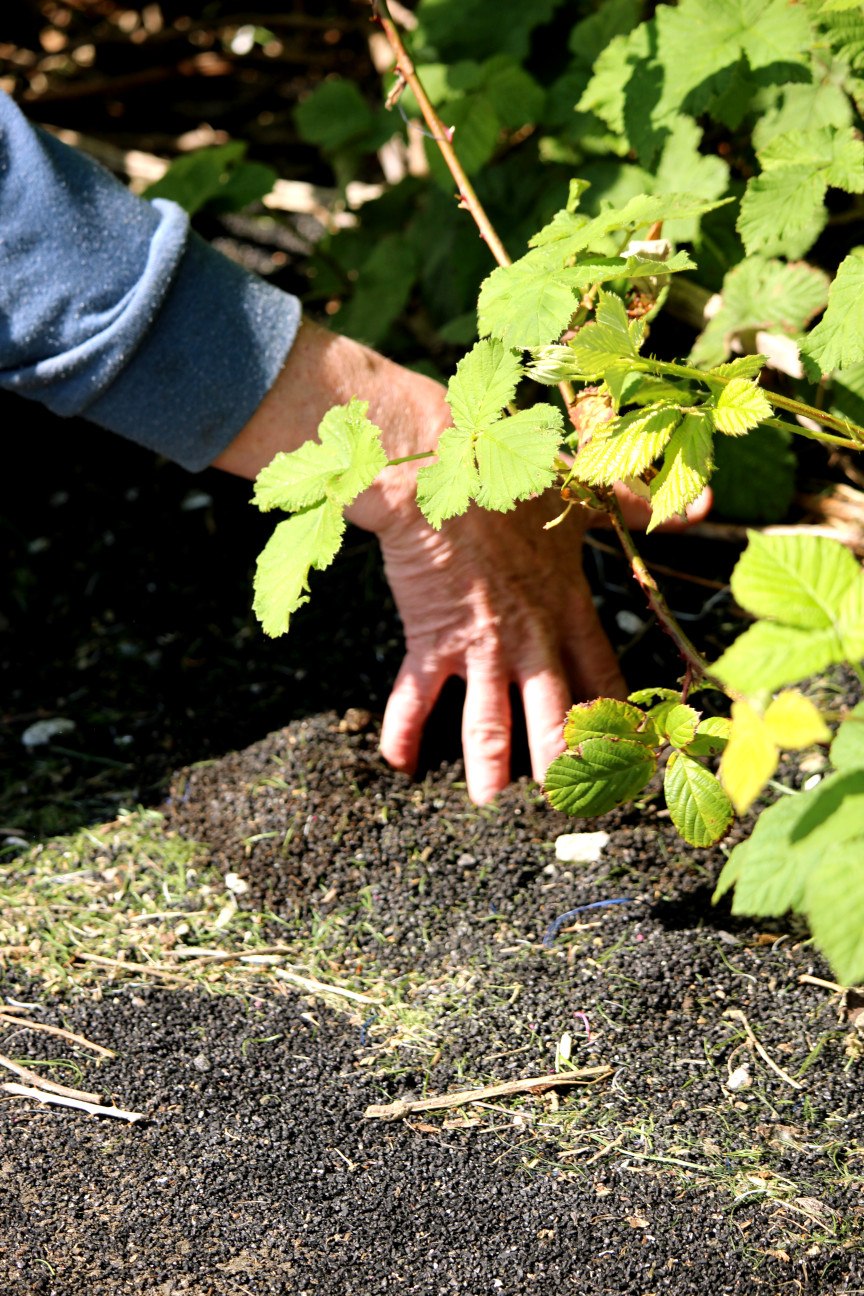 In the Trillium Park test report summary it states: “Lead-containing coatings do not present a hazard if they are left intact. When lead-containing coatings are disturbed (for example by scraping, sanding, grinding, or burning) or otherwise abraded, lead dust, mist or fumes can be released into the work environment and be inhaled or ingested by workers and other persons.”

Cummings said the Vancouver Park Board has already installed 13 synthetic turf fields to date, and is planning to install another at Sir Winston Churchill Secondary School, Clinton Park and Beaconsfield Park — despite pushback.

In a letter dated January 29, 2019 addressed to the Vancouver Park Board Commissioners from Dr. Bruce Lanphear, a professor at SFU Health Sciences and clinician scientist at BC Children’s Hospital Research Institute, he urged the commissioners to put a moratorium on artificial synthetic turf field installations, writing “children are exposed to lead and other toxic chemicals in the rubber and plastic materials in artificial turf. You can see the material ‘burst’ from when the children play on it or when a ball impacts it,” the letter continues to read, “there are no long-term studies to quantify the extent of children’s exposure to lead and other toxic chemicals found in synthetic turf playing fields.”

Nicol said “the Park Board needs to put a stop to the madness of exposing children to lead and other toxic chemicals in synthetic turf and take immediate action to remediate the pollution at Trillium Park, VanTech school, and other public sport fields in this city,” and that adding more “weekly soccer hours are not worth the costs of poisoning children, and polluting our streams, ocean and earth.” 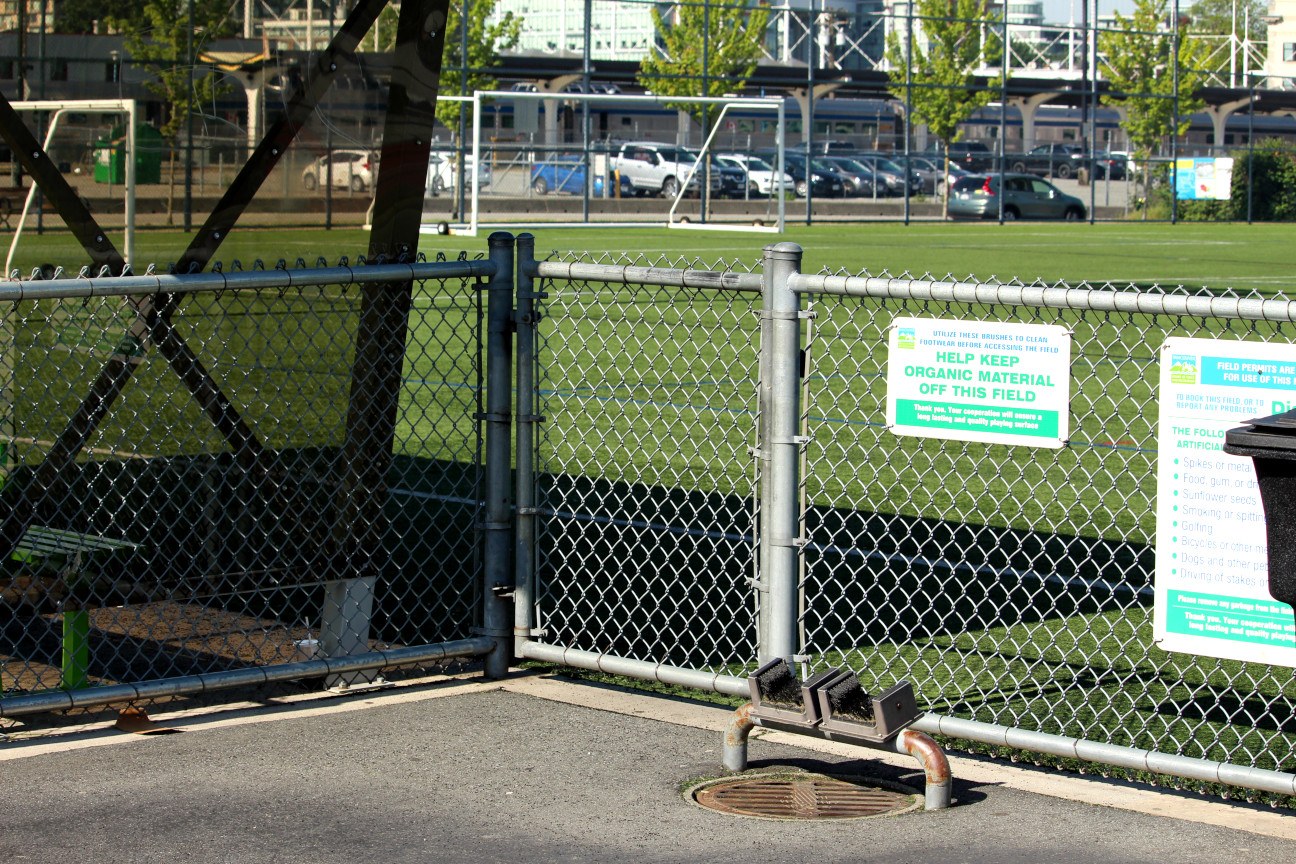 “Turf companies should have to prove to park boards that their turf plastic and infill products are 100% non-toxic and lead-free, that all synthetic turf materials are being recycled and not landfilled, and be held legally responsible if the turf is found to cause negative health and environmental impacts,” said Lau.

The Vancouver Park Board said it takes safety concerns seriously, and like all municipalities in BC, relies on the provincial health authorities to provide local expertise on potential health risks of products, such as artificial turf fields.

It said drainage systems at the City’s synthetic turf fields are designed to capture and remove the infill, and other material, from runoff before it leaves the site. 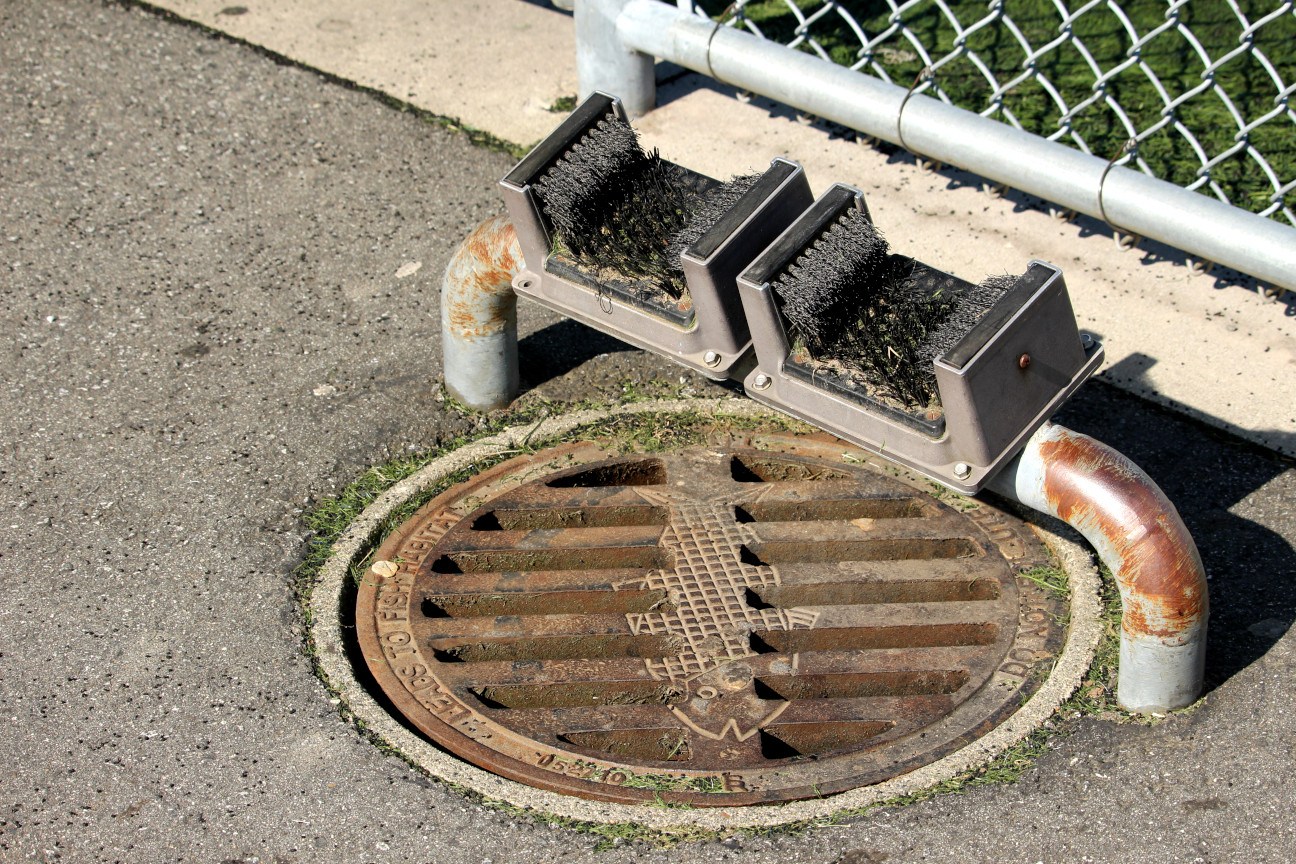 The Park Board said it recommends that field users wash their hands and wipe their shoes after playing on the artificial fields.

The board added that it’s planning to renew the grass fields at Slocan Park and held an open house over the weekend.

Vancouver Coastal Health said there’s no public health reason to discontinue the use of synthetic turfs, adding that serious health risks, including cancer, aren’t increased from playing on the fields with crumb rubber infill. 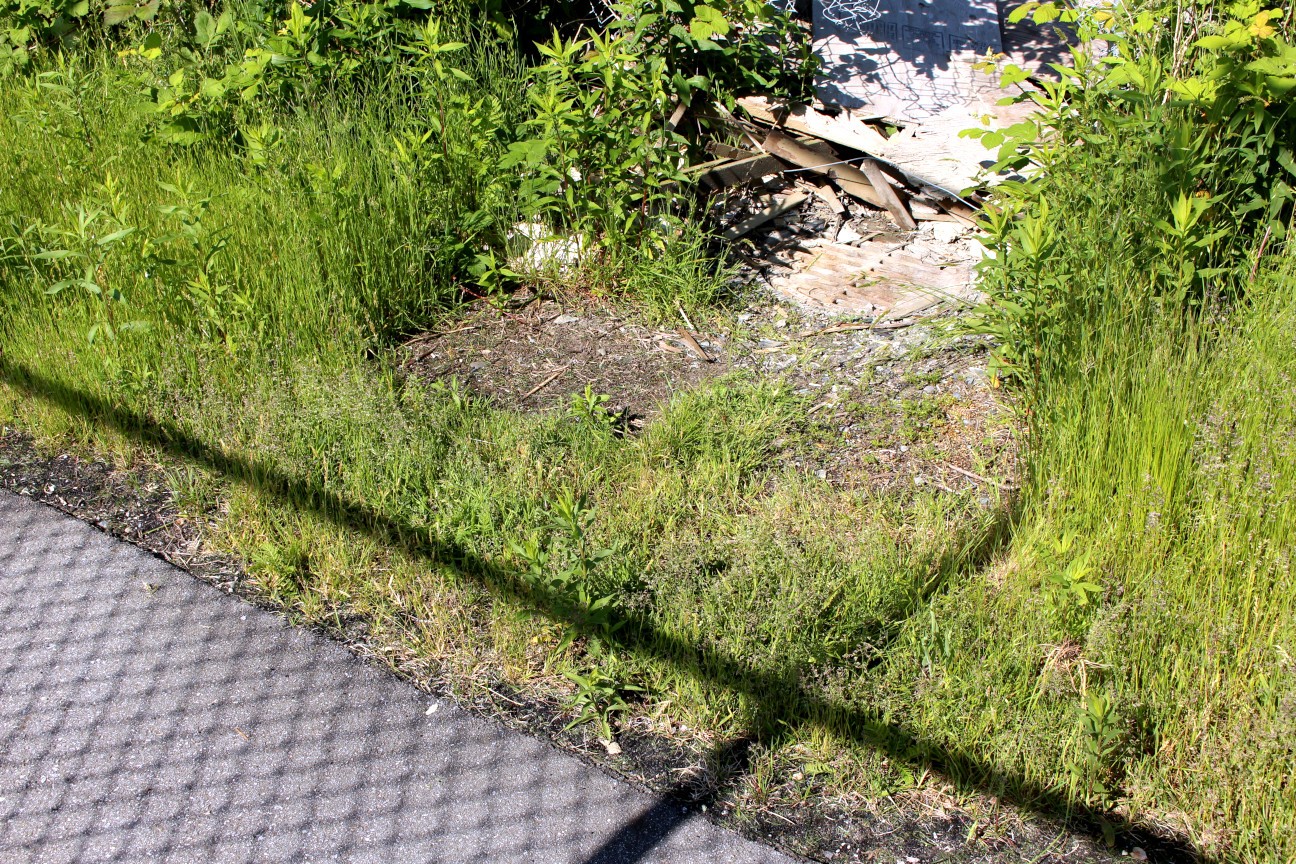 The health authority said while there may be “more burns, cuts and scrapes, and ankle injuries from playing on synthetic turf compared to natural turf. And on hot days, synthetic turf can get extremely hot which may cause heat-related symptoms in players,” it always recommends buying turf with the lowest lead content available.

VCH said there’s “potential public health benefits” associated with using synthetic turf fields: more playing hours than natural fields because the synthetic playing fields can be used all year round in all-weather situations which could increase community access and opportunities for physical activity, “this can be important since most of the residents in our region, including children, do not achieve the daily recommended levels of physical activity.”

Cummings said that residents would like to see “a vision for the City where organized sports and organic outdoor play happen on grass playing fields that are accessible to all, do not pose a risk to the long-term health of players and waterways, and that preserve ecosystem and climate-regulating benefits,” and now the group wants to see a moratorium on all synthetic turf installations until a “remediation and risk mitigation plan is implemented, and ultimately, see a greener solution created through collaborative planning with the communities.”