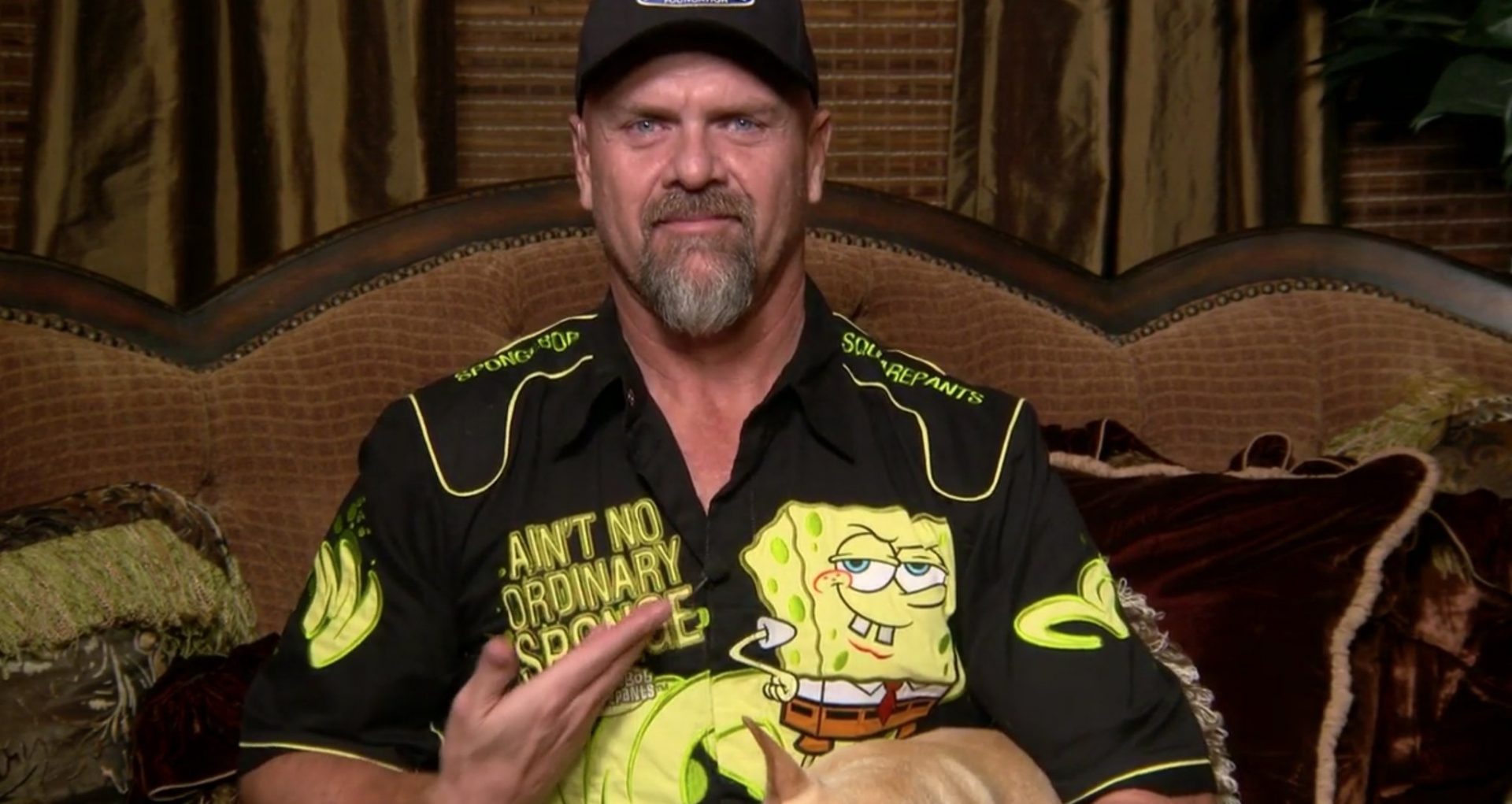 Larry Walker was announced as the 330th member of the Baseball Hall of Fame in Cooperstown. It was the pinnacle for the Maple Ridge, BC native, who earned his way into the Hall of Fame on his 10th and final year on the ballot.

And as incredible as that accomplishment was, the baseball world cannot stop talking about Walker’s attire for the occasion: a SpongeBob SquarePants racing shirt.

The 17-year MLB veteran of the Montreal Expos, Colorado Rockies, and St. Louis Cardinals received the official call from the Hall of Fame as friends and family surrounded him at his home in Florida.

And for this ultra-special occasion — one of the most important moments in his life — Walker wore something from the Squilliam Fancyson collection.

Larry Walker rocking the Spongebob shirt the day he gets into the Baseball Hall of Fame = absolute legend #LarryWalkerHOF pic.twitter.com/WbK926LsIy

Larry Walker becomes the second Canadian inducted into the Baseball Hall of Fame. He also becomes the first to do so while wearing a SpongeBob Squarepants shirt. Hey, if there's one thing we Canadians know, it's fashion. https://t.co/leZ4aFEPIj

Larry Walker’s SpongeBob shirt deserves its own section in the @baseballhall 😤 pic.twitter.com/Eqr6HdYcCZ

Larry Walker in a spongebob shirt having a cocktail in the sun on a January Tuesday is the definition of “Living his best life.” https://t.co/kN43BwJB9O

In fact, shortly after the official announcement from the Hall of Fame, “SpongeBob” was trending on Twitter thanks to Walker’s choice of dress during his induction interview with MLB Network.

Nobody knows why, nobody knows how, but it caught everyone’s attention. “You know what, even Derek Jeter couldn’t pull that shirt off,” said MLB Network host, Greg Amsinger.

For anyone looking to duplicate Walker’s Hall of Fame look, the same SpongeBob SquarePants racing shirt is available on Amazon for the low, low price of $24.99.

For the low price of $24.99, you too can look like a Hall of Famer. https://t.co/ACerUVkFFW pic.twitter.com/whU9WfiAJ1