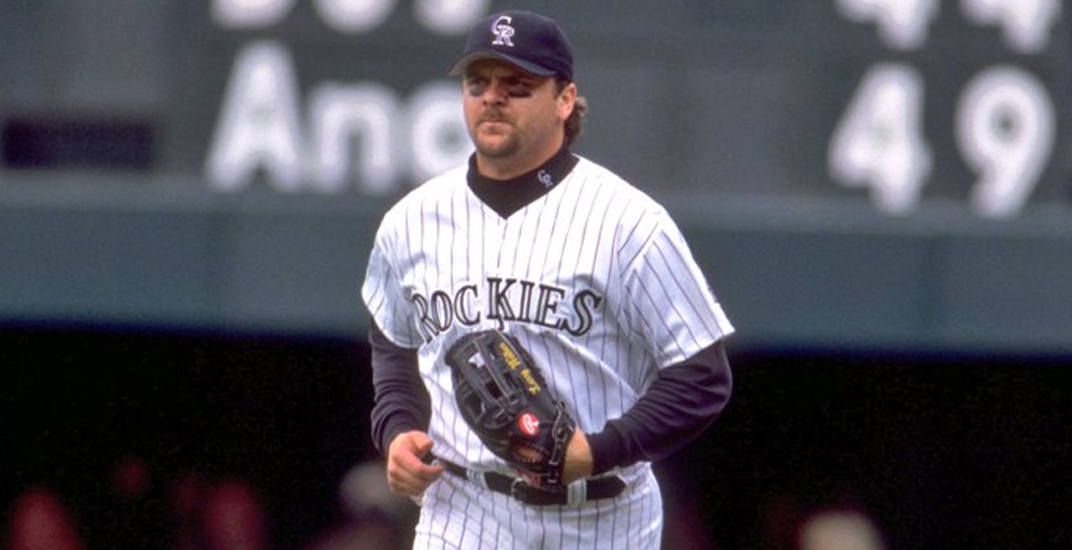 Larry Walker is one of the best hitters in MLB history to hail from Canada. Before there was Joey Votto, Russell Martin, or Justin Morneau, there was Walker; the Maple Ridge, British Columbia native who broke into the big leagues as a member of the Montreal Expos in 1989.

As of this moment, Fergie Jenkins is the sole Canadian in the Major League Baseball Hall of Fame. Walker represents Canada’s next-best chance to have a plaque in Cooperstown.

After a 17-year MLB career, 2020 is Walker’s last stand for the Hall of Fame. If he passes the 75% vote threshold, Cooperstown will come calling on January 21. If he falls short, his legacy will be as one of baseball’s noteworthy absentees from the Hall of Fame.

A former member of the Montreal Expos, Colorado Rockies, and St. Louis Cardinals, Walker has made up tremendous ground since his first year of eligibility in 2011. Voting percentage has surged for Walker in recent years, spring boarding from 20.3% in 2011 to 54.6% one year ago.

Last year’s Hall of Fame ballot was a crowded bunch and voters elected four inductees into Cooperstown in 2019. With only one sure-fire Hall of Famer on the ballot this time around in the form of Derek Jeter, this could be the opening that Walker needs to help push him over the 75% threshold.

More than a byproduct of Coors Field

So, what’s the argument against a former NL MVP, five-time All-Star, seven-time Gold Glover, three-time Silver Slugger, and three-time batting champion? The fault in his Cooperstown case is he played the bulk of his career home games inside one of baseball’s most notorious hitter havens: Coors Field.

Walker posted eye-popping numbers at Coors Field over his career, some of the best in the history of that stadium — 154 home runs and a .710 slugging percentage in 597 career games in Colorado.

But in 1,002 games played on the road away from high altitude, Walker posted very respectable numbers. His .278/.370/.495 career slash line in road games puts him on par with many established Hall of Famers in Cooperstown.

Plus, his .865 career road OPS is nothing to sneeze at. Of all players in baseball, he ranks 88th all-time on the road OPS leaderboard. Walker’s 1.068 home OPS ranks fifth all-time and puts him in the echelon of Babe Ruth and Ted Williams.

The long time Rockies outfielder enjoyed a boost of playing at high altitude for 10 years, but is that his fault? Should his home ballpark be held against him? Coors Field is one of the most hitter-friendly stadiums in MLB, but the fact remains that hitters still need to put the bat on the ball.

Walker was a triple threat

Walker’s resume speaks for itself. Headlined by an MVP award in 1997, the British Columbia native was one of the best hitters of his era.

Walker won three National League batting titles as a member of the Rockies and the fact remains that 10 of the last NL 21 NL batting champions were members of the Colorado Rockies.

Not only did he excel at making contact, his 11.4% walk rate proves his ability to lay off pitches, and that has nothing to do with Coors Field.

Another slight against Walker’s case is his career ran parallel to baseball’s steroid era. In an age when it wasn’t uncommon to see inflated home run totals, Walker secured a home run crown only once in his career, but he averaged 31 home runs a season over his 17-year run.

His name gets lost among the biggest sluggers of the 1990s and 2000s, but his Hall of Fame case has shone a light into his impressive 17-year career.

And those are only the offensive accolades. Walker was a five-time Gold Glove award winner as one of the best defensive right fielders in baseball for a period from 1997 to 2001. It would be one thing if Walker’s case was judged solely on his offensive merits, but he was a defensive beast in the field.

People often forget he was also a burner on the base paths at the height of his career, stealing 230 bases over his 17-year career. And he gunned down 150 runners from the outfield, tallying 150 career outfield assists. Neither his fielding nor baserunning ability has anything to do with hitting at Coors Field.

Some Hall of Fame voters believe Walker is a by-product of Coors Field and they’re entitled to their own opinion. But by dismissing his career achievements and diminishing them as a Coors Field phenomenon is a disservice to Walker and any other hitters who played the bulk of their home games at a mile above sea level.

Looking at the pure counting stats from Walker’s career and factoring in the Coors Field effect, his numbers don’t leap off the page. That could be the beginning and end of the consideration factor for some Hall of Fame voters.

One of baseball’s top 100 hitters … period

By putting his career numbers under the microscope of advanced analytics, it’s easy to see that the 17-year veteran did more than just pummel the ball at high altitude.

Statistics like Wins Above Replacement, OPS+ and wRC+ adjust for park factors, which evens out the “Coors Effect” and makes it an even playing field for all hitters. Even with these park factors considered, Walker’s numbers are still other worldly.

Walker was an offensive threat, a burner on the base paths, and boasted a cannon of an arm in the outfield. His personal baseball accolades alone make him worthy of strong consideration for Cooperstown.

If Walker falls short in his last year of eligibility, he will make a strong case with MLB’s Veterans Committee in the coming years and could enter Cooperstown that way.

Whether the BBWAA decides Walker is worth of the Hall of Fame, his legacy will be remembered as one of the best baseball players produced by the nation of Canada.