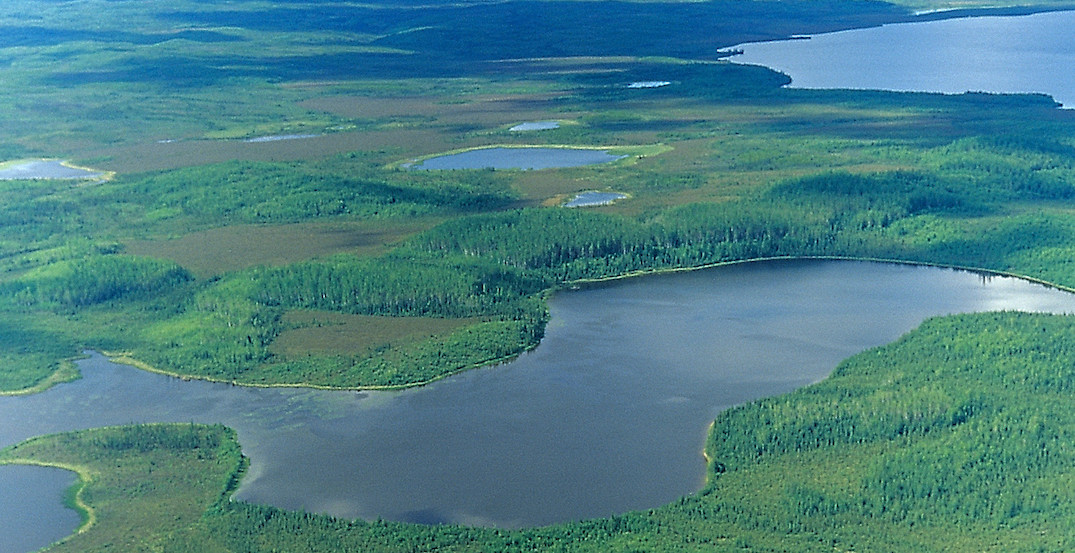 The world’s largest protected boreal forest is right here in Canada, having been created in northern Alberta thanks to the recent merging of five different wildland provincial parks.

According to a release from the Province of Alberta, the creation and expansion of the Kazan, Richardson, and Birch River wildland provincial parks allowed the Wood Buffalo National Park to be connected to other wildland parks in the area, creating a protected boreal forest spanning more than 6.7 million hectares.

The connection was made possible due to a sacrifice made by the Tallcree First Nations, who relinquished their timber license in Birch River to allow the Birch River Wildland Provincial Park to be created.

“This collaboration between the Nature Conservancy of Canada, the governments of Canada and Alberta, and industry are aligned with the Tallcree Tribal Government’s values regarding the preservation of the boreal forest,” said Tallcree First Nation Chief Rupert Meneen in the release.

“The boreal forest holds greater value to the First Nation for exercising our traditional way of life and the quiet enjoyment of our treaty rights.”

With the signing of a memorandum of understanding in March of this year, the multiple parks were officially joined together, and 1.3 million hectares of newly protected land was created in Alberta. 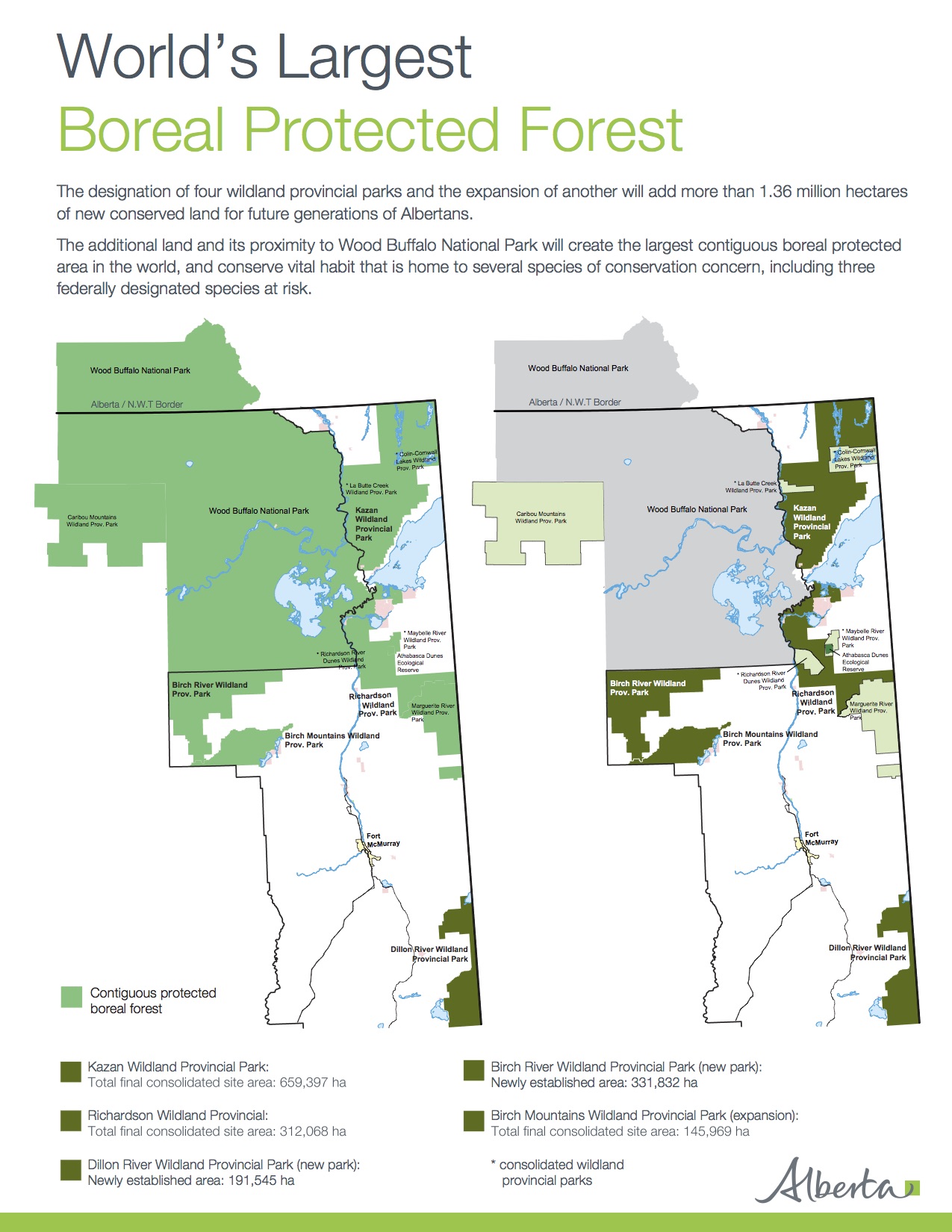 “Canada’s boreal forest is unique in the world. The ecological value of this region cannot be overstated—this is a conservation achievement of global significance,” said John Lounds, the president and CEO of Nature Conservancy of Canada, in the release.

“Through partnership, we have been able to make a significant step forward in advancing meaningful conservation in Canada.”

The connected forest protected as national or provincial parks now totals 67,000 sq. km, which is twice the size of Vancouver Island, ten times the size of the Greater Toronto Area, and nearly as large as the entirety of New Brunswick.