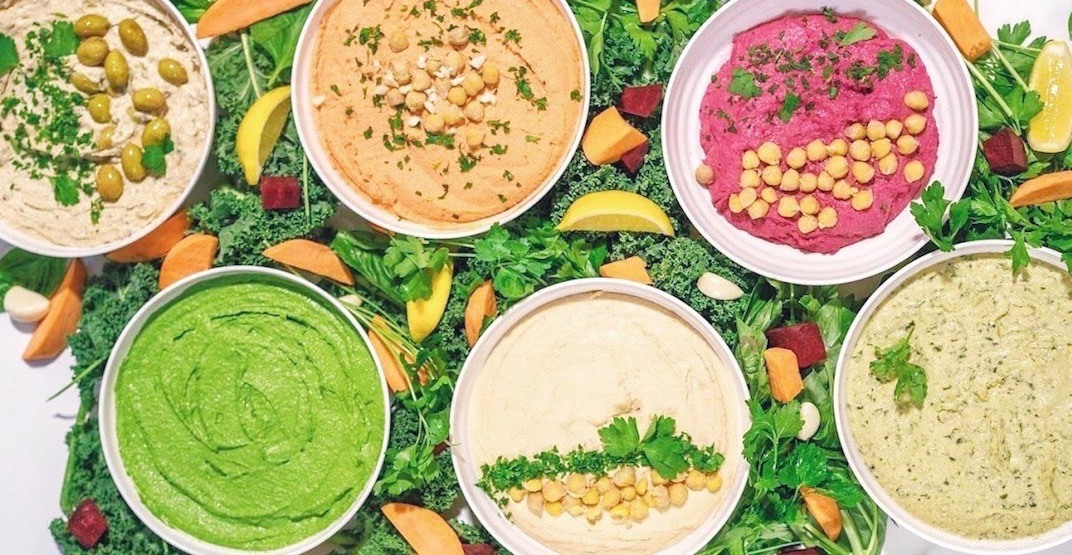 Remember that all-hummus restaurant that’s opening in the former digs of the Acme Cafe?

Well, not only is the Balila Taste Kitchen officially opening next week but the new eatery, located at 47 West Hastings Street, will also be filling 27 of its 1,000 square feet with the biggest hummus plate Canada’s ever seen.

That’s right, on February 8 Balila plans on serving up over 100,000 grams of glorious hummus.

This epic plate will be open to the public and the first 50 to 100 people will be able to get in on this event, which kicks off at 5:30 pm and ends when the hummus runs out.

Attendees can expect a giant hummus plate that will be a combination of all of Balila’s hummus dips: Original, Garlic, Olive, Spicy, Yam, Pesto, Beetroot, Kale, and Balila varieties.

Other than the massive serving of community hummus, no other dishes will be served on the 8th, but you can return on February 9 where the whole menu of hummus-centric dishes will be up for order.