The Washington Department of Fish & Wildlife is warning locals in the coastal town of Ocean Shores, located west of Seattle, that a great white shark is swimming in the area.

The warning was made after a necropsy, performed by the Department and National Oceanic and Atmospheric Administration, on a dead seal found on a beach confirmed it had died from a great white shark attack. It was half eaten, missing its body below the rib cage, with bite marks indicating its death was caused by a great white predator estimated to be about 5.5-metres (18-feet) in length.

Local officials have not issued a no-water entry warning for the area given that attacks on humans are very rare. Seals are currently along the coast feeding on smelt, and it is common for both great white sharks and orca whales to feed on seals.

Great white sharks are found in most waters of the world, including the waters of coastal British Columbia. They are warm-blooded animals capable of living in water temperatures ranging between 12°C and 24°C. This allows them to regulate their own body temperature and, in turn, adapt to varying water temperatures.

Fortunately, the great white shark’s predator is the orca whale – mammals that are relatively plentiful in the waters of the Pacific Northwest. A number of other shark species can also be found in the coastal waters of the province: 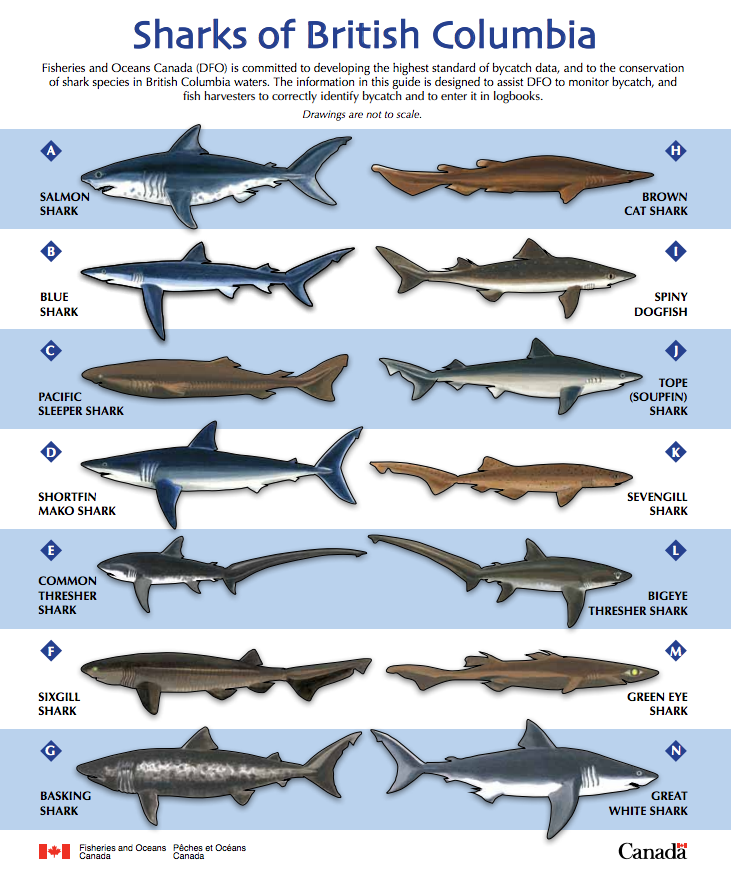