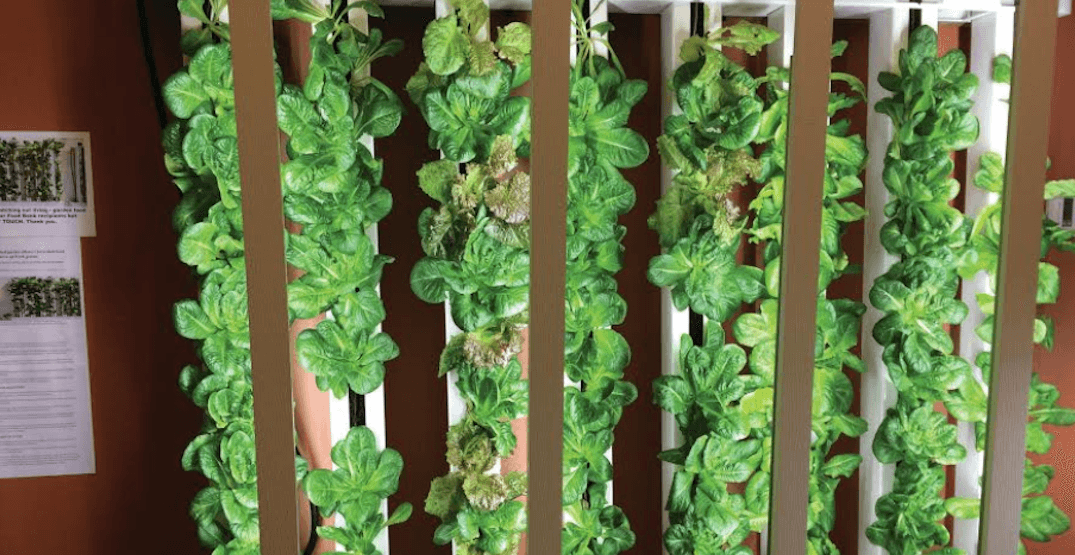 Crediting a grant from Vancity for bringing the project to life, the Langley School District Foundation (LSDF) is introducing what it calls “Vertical Gardens.”

The nine, newly-installed structures require “no soil, no land, very little water and virtually no maintenance,” according to a release.

The Foundation has purchased 9 vertical gardens and we will be installing them into four
schools.

Beginning in September the gardens will be producing vast quantities of lettuce, kale, herbs, spinach, tomatoes, peas, cucumbers, zucchini, strawberries and perhaps beets, carrots,
potatoes and everything from yams to parsnips.

But beyond just providing fresh produce, students get the chance to learn how to grow their own veggies as well.

What’s more, the produce is used to supplement our dozens of breakfast, snack, lunch and backpack programs that make up the LSDF’s Food for Thought Campaign – a program that helps feed the more than 3000 students who come to school hungry every day.

The idea for the project began for years ago when the LSDF started to hear about students who were coming to school hungry.

“We did a survey of all our 47 schools and discovered that 3000 of our 19,000 students were
actually coming to school without having had breakfast and with no lunch,” said LSDF
Executive Director, Susan Cairns.

“This was astonishing and disturbing and we knew that if these hungry students didn’t get help, they would miss out on the education to which they are entitled. No student can learn on an empty stomach. We had to do something.”

The LSDF has already  initiated breakfast, lunch, snack and backpack programs, and now with these new structures and support from Vancity among others, “we able to introduce the vertical garden initiative – the final component of the Food for the Campaign.”