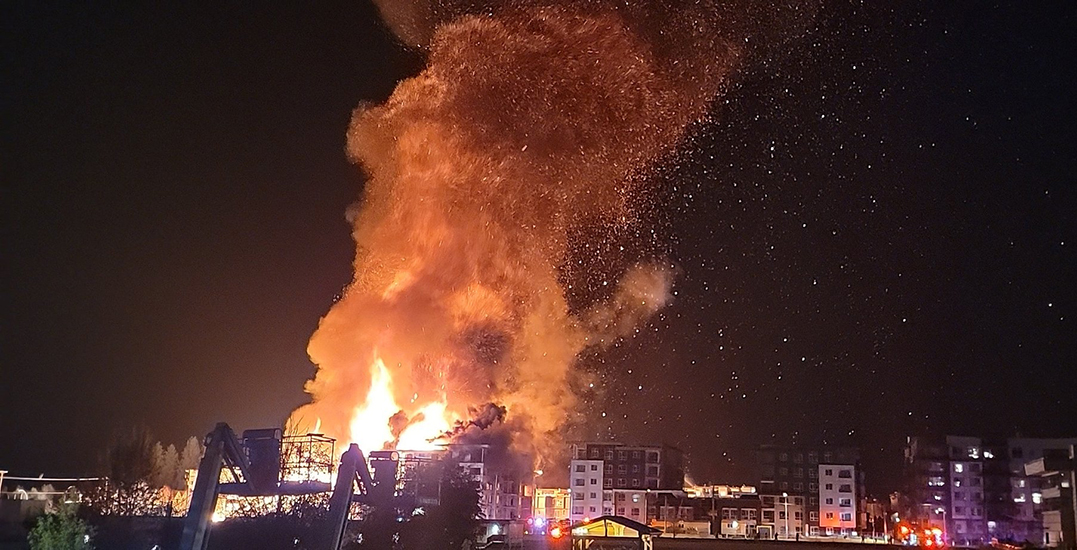 Firefighters in Langley battled a massive fire that broke out on Monday night.

The structure fire began at approximately 9:30 pm, in the area of 208th Street and 80th Avenue.

Photos and videos shared on social media show enormous flames tearing through Alexander Square — a six-storey, wood frame condominium development that has been under construction since 2019.

Big condo fire right by me but it’s not us! #langley pic.twitter.com/iSnOVZ5Cf2

Sad night in Willoughby last night, where this building under construction was consumed by a massive fire. I hope nobody was injured or worse…. pic.twitter.com/o58lKhvC27

As the blaze spread, dozens of residents in nearby buildings were also forced to evacuate as a precaution.

Feeling sick for the people who will be displaced as a result of the fire that erupted in our neighborhood tonight at 208th and 80th Ave. I hope we can find a way to help them in the coming days. 💔 #langleyfire pic.twitter.com/ljgp5n1v5V

Willoughby Elementary, a nearby school, cancelled classes due to emergency responders still being on the scene.

“The school is not accessible due to emergency responders on scene,” says the Langley School District. “Willoughby Elementary will be closed to students and staff for the day.”

Alexander Square was slated to see completion in 2022, bringing over 300 one- and two-bedroom homes to Willoughby Town Centre in Langley. The new complex was under development by RDG Management and featured four complexes, including two residential buildings. 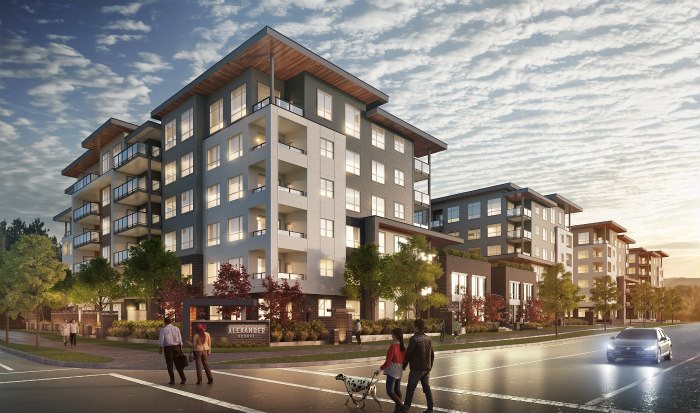 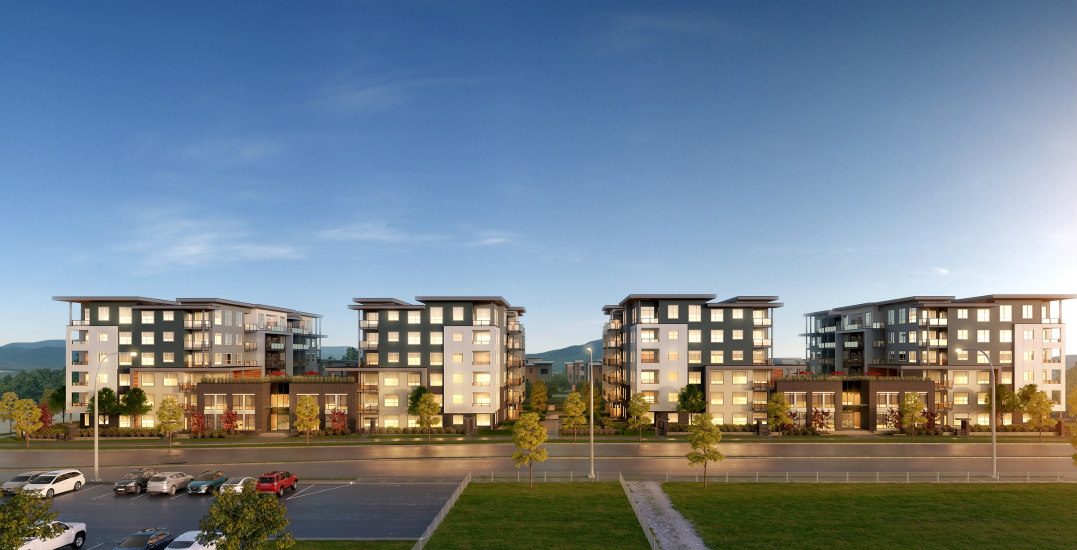 Metro-Can Construction, the general contractor for the site, says that each building was in various stages of construction, with “two levels of concrete parkade and six levels of woodframe construction.”

The cause of the fire is currently unknown but fortunately, there are no reported injuries.

Daily Hive Urbanized has reached out to the Township of Langley Fire Department for more details.

Huge fire break out at a langley complex which was under construction pic.twitter.com/X9vFPJSPZD