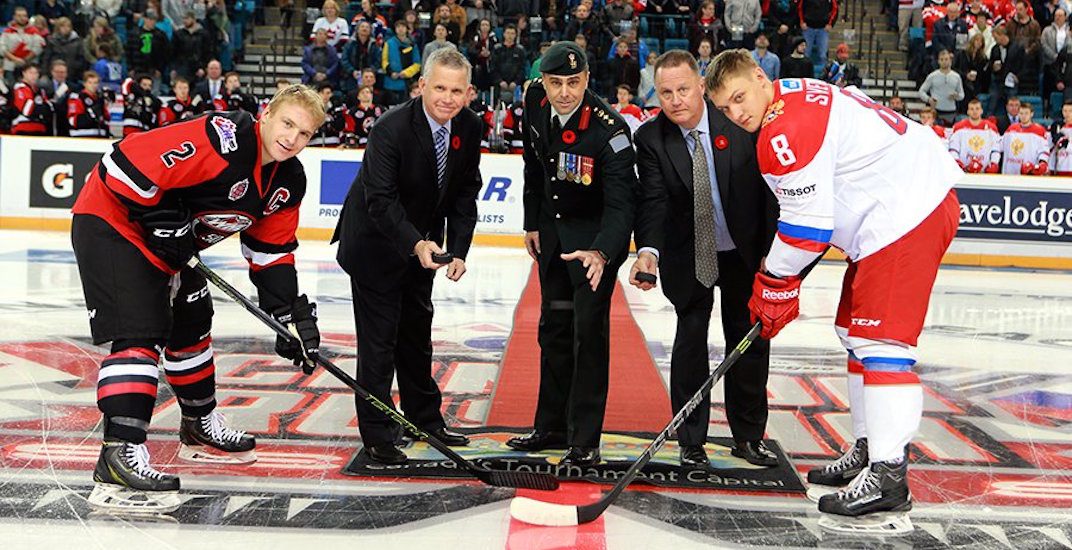 Many of the best hockey prospects in the world will be coming to Metro Vancouver this November, as the Langley Events Centre hosts Game 2 of the 2018 Canada-Russia Series.

The Vancouver Giants are hosting the November 6 game, which will serve as a World Juniors preview for local hockey fans. Vancouver and Victoria are hosting this year’s tournament in December. It’ll also be a preview of the 2019 NHL Draft, which the Canucks are hosting next year.

This is the first time that the Canada-Russia Series has been held in the Lower Mainland since the Pacific Coliseum hosted a game in 2012.

A total of 36 players from last season’s event competed at the World Juniors in Buffalo, including 17 who went on to win gold for Canada.

“Over the past 15 years we’ve seen the Canada and Russia rivalry ignite passion in CHL communities across our great country,” said CHL president David Branch in a media release. “This is truly a special event that showcases many of our league’s best players and future Canadian National Junior Team stars who will compete to defend gold on home soil at the 2019 IIHF World Junior Championship in Vancouver and Victoria.”

Since the inaugural event in 2003, CHL teams have played to an overall record of 61-22-1-6, winning 12 of the 15 series. Five of the last eight series were decided in the final game, including last year when a shootout was required to decide the series winner.

The Langley Events Centre is also home to playoff hockey at the moment, as the Vancouver Giants currently lead their best-of-seven playoff series against the Victoria Royals 2-1. Game 4 is on Thursday at the LEC, with Game 6 (if necessary) on April 2.