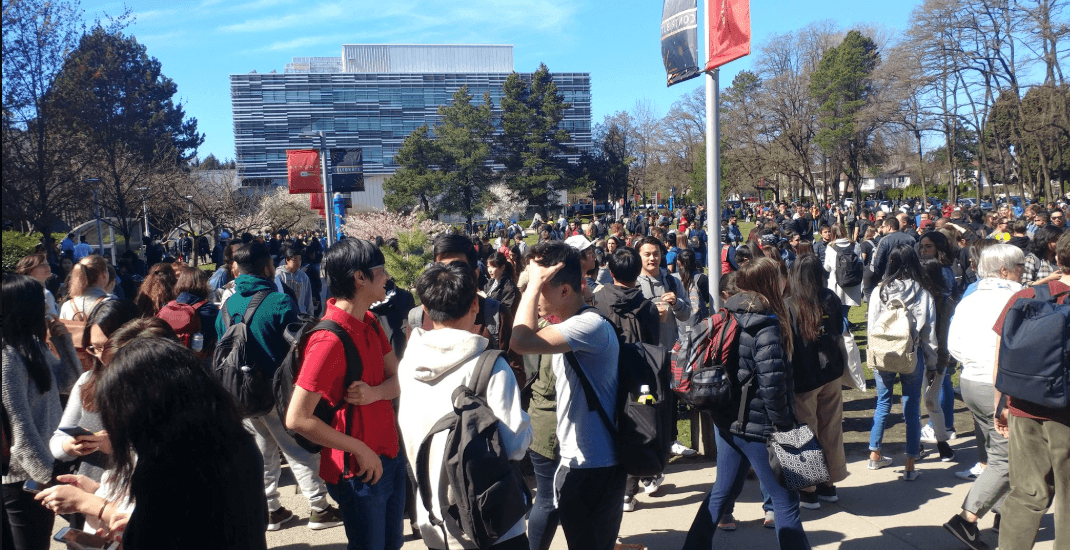 Langara College remains closed for the day after a suspected arson incident.

The daycare will also be closed.

Information for students on how to recover their belongings is expected to come later this morning.

Classes being held at the West Broadway campus and any off-site practicum will continue as scheduled.

At 1:15 pm, the school announced that the campus was closed for the day and all exams and classes were cancelled.

Here are some more photos of the #Langara fire scene pic.twitter.com/s7klCZdM1Z

Fortunately, the campus was safely evacuated and there were no reports of injuries.

Later in the afternoon, just after 4 pm, a man in his 20s was arrested in Surrey by Metro Vancouver Transit Police. He is currently in custody.

Anyone with information about the incident is asked to contact the VPD’s Major Crime Section at (604) 717-2541.