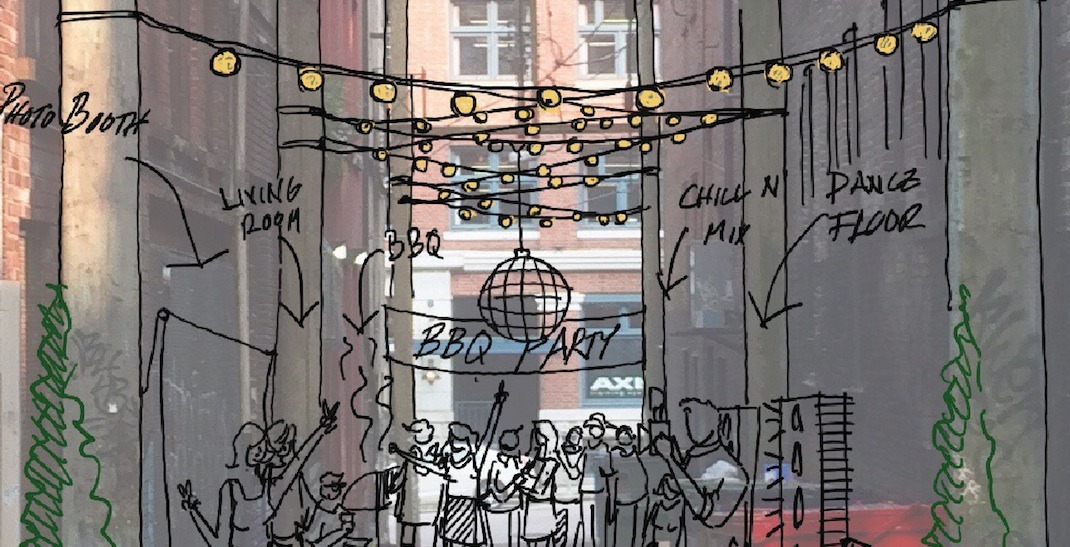 An upcoming public space activation in Vancouver’s historic Gastown district will highlight the potential of the city’s highly underutilized laneways.

This Saturday, the diagonal laneway between Cordova Street and Cambie Street, behind The Greedy Pig restaurant, will be transformed into a pedestrian-oriented party space.

According to the organizers with Vancouver Public Space Network, there will be a BBQ, lawn games, live music, and upcycled furniture and other flea market finds to turn the urban space into a “suburban dream”. 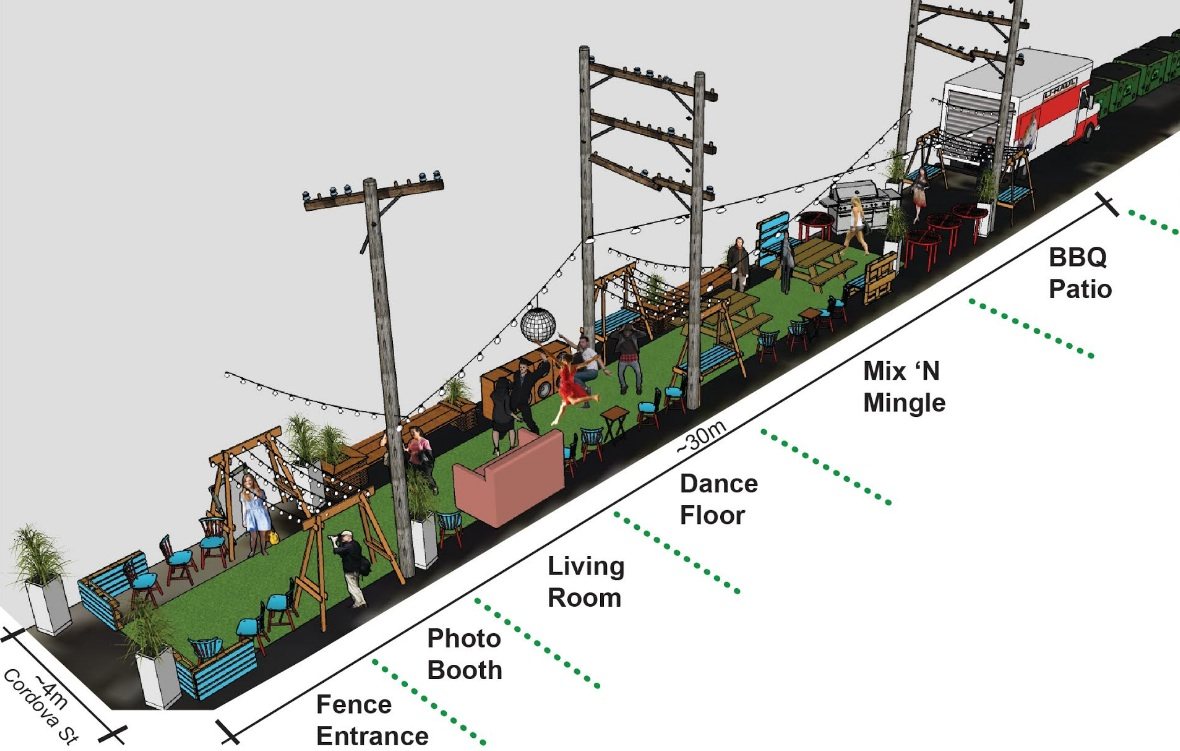 However, the activation is for one day only and follows the non-profit group’s successful laneway activation along Commercial Drive earlier this summer.

There will be four permanent laneway activations in downtown Vancouver, and two have already been built – namely Alley-Oop next to West Pender Street between Granville Street and Seymour Street as well as the laneway cutting through the TELUS Garden city block.

Two more permanent activations will be coming to the laneway behind the Orpheum Theatre and the laneway north of Robson Street between Burrard Street and Thurlow Street.

The entrance into this weekend’s Gastown laneway activation is at Cordova Street.