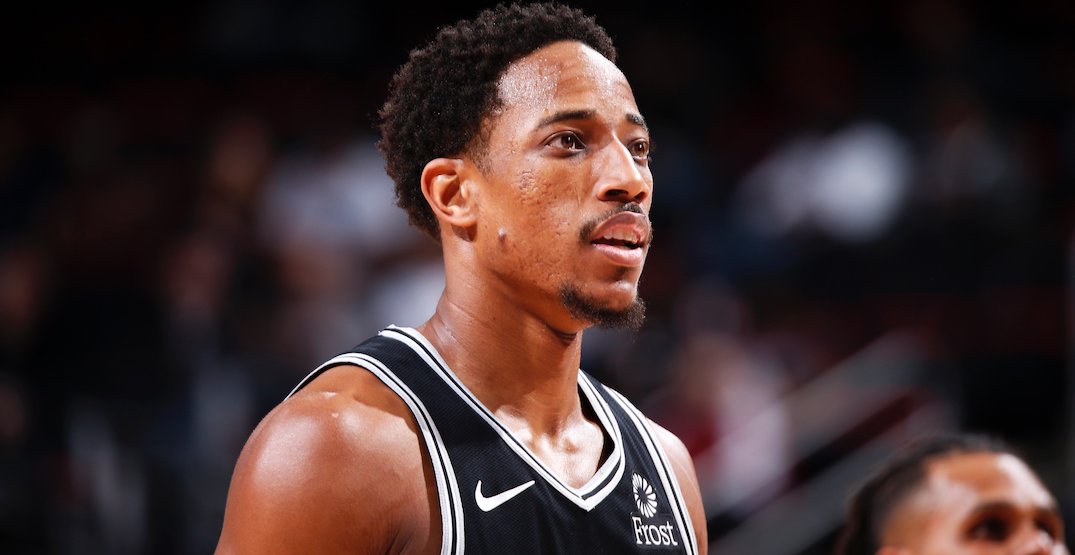 The Los Angeles Lakers have their eyes on a former Toronto Raptors star.

The San Antonio Spurs want to deal DeMar DeRozan, and the 2020 NBA champions are interested, according to a report from Kevin O’Connor in The Ringer.

It’s been more than two years since the Raptors sent DeRozan to San Antonio, as part of the trade that brought Kawhi Leonard and Danny Green to Toronto. Speaking of Green, O’Connor is also reporting that Green and Kyle Kuzma are being offered to the Spurs in a potential deal.

The Spurs finished seventh in the West in 2018-19, but missed the playoffs last season with a 32-39 record. So with DeRozan entering the last year of his contract paying him $27.7 million, it may make sense for them to move on from the 31-year-old.

DeRozan is still an effective player, averaging 22.1 points per game last season, to go with 5.5 rebounds and 5.6 assists.

Joining the Lakers would be a homecoming for the Compton native. It would also be an adjustment for DeRozan, who would instantly become third fiddle behind LeBron James and Anthony Davis.

For Raptors fans dreaming of a potential homecoming in Toronto, DeRozan is scheduled to become an unrestricted free agent after next season.