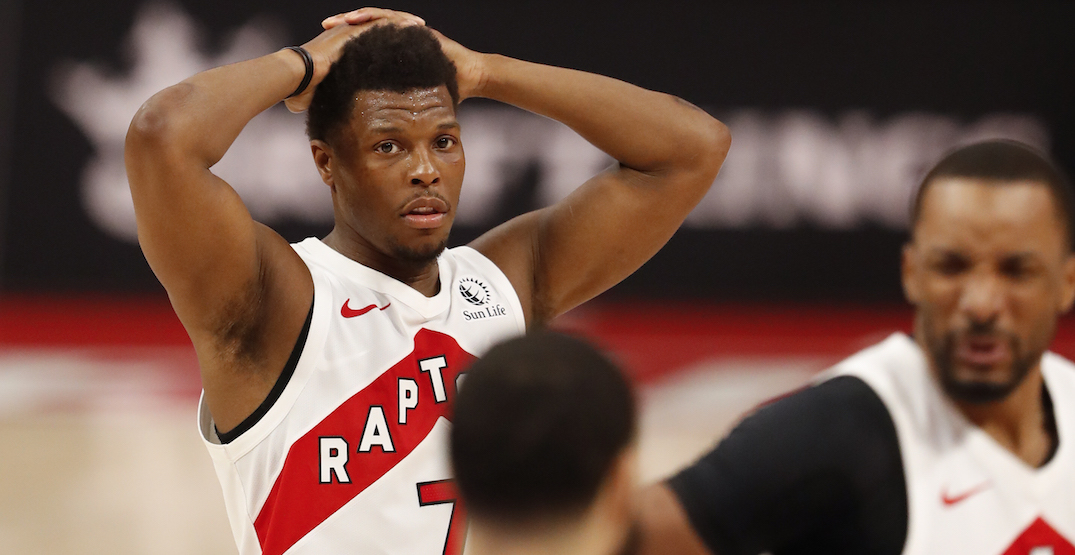 Alongside the Miami Heat and Philadelphia 76ers, the Los Angeles Lakers have emerged as a new potential destination for Toronto Raptors guard Kyle Lowry ahead of tomorrow’s NBA trade deadline.

ESPN’s Adrian Wojnarowski said on The Woj & Lowe Trade Deadline Special that the Lakers can not be ruled out as a possible landing spot for Lowry, who turns 35 tomorrow.

“Here’s one team too, that don’t rule out this one between now and Thursday’s trade deadline: the Lakers,” Wojnarowski said.

The Lakers are reeling after losing their last three games and seeing superstar forward LeBron James go down with an ankle injury. His timetable for a return is indefinite. LeBron joins the other Lakers star Anthony Davis on the injured list.

However, it may be difficult for the Lakers to make a deal to bring in Lowry. Los Angeles does not have very many moveable first-round picks as they traded three first-rounders and two pick swaps to acquire Davis in 2019.

As for other potential Lowry trades, Wojnarowski tweeted that talks involving the six-time All-Star are expected to continue today and possibly tomorrow.

Sources: Raptors discussing Kyle Lowry and Norman Powell deals on multiple fronts and those talks are expected to extend into Wednesday — and perhaps even Thursday. Philadelphia, Miami are interested in Lowry, but both have shown restraint in how far they'll go to get a deal.

The two primary teams being mentioned in trades are the 76ers and the Heat. However, Wojnarowski also noted that a trade will not go through without Lowry giving his blessing as the team respects him too much for his years of service to the team.

In recent days, many trade rumours have circulated with some saying that Lowry is interested in going to Miami to pair up with his friend and former US Olympic teammate Jimmy Butler. As part of that deal, the Raptors would like either Tyler Herro or Duncan Robinson.

The NBA trade deadline is set for tomorrow at 3 pm ET/12 pm PT.