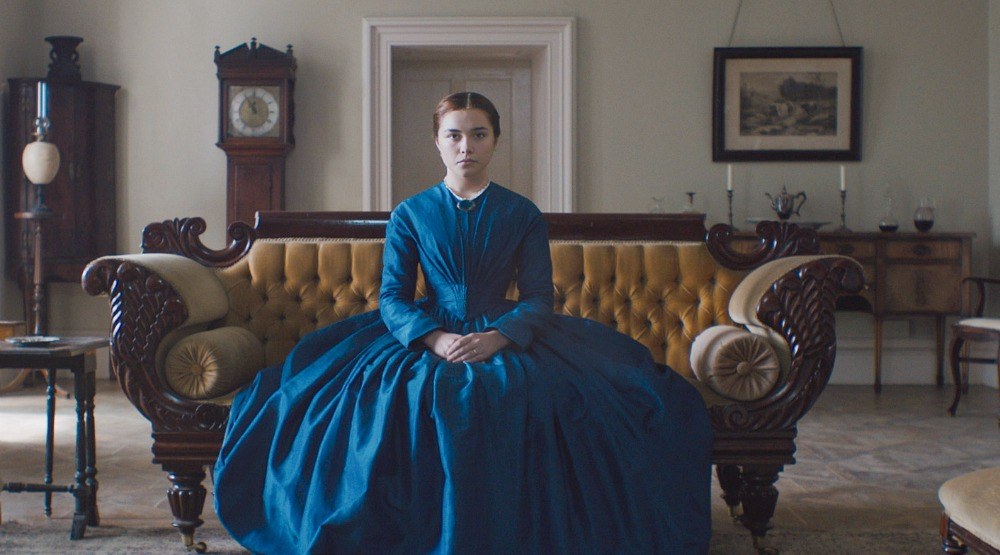 Take a trip back in time circa the 19th century when you watch the new movie ‘Lady Macbeth,‘ directed by William Oldroyd.

The movie is an adaptation of Nikolai Leskov’s novella ‘Lady Macbeth of the Mtsensk District.‘ Starring Florence Pugh, Cosmo Jarvis, and Paul Hilton, it’s set in rural England, 1865, where a young bride is sold into a marriage with a bitter middle aged man.

You’ll see Lady Macbeth’s character discover an unstoppable desire for a worker on her husband’s estate and you’ll be able to follow the drama through the film as her love affair with him unfolds.

Lady Macbeth has not been released in Vancouver yet but we’re giving one lucky Daily Hive reader the chance to win two free passes to the advance screening on Monday, July 24 at Fifth Avenue Cinemas on Burrard Street.

You could be going along to this exclusive movie preview simply by entering the contest below.

Enter for your chance to win two advance screening passes to Lady Macbeth on July 24 at Fifth Avenue Cinemas.

To enter for your chance to win two advance screening passes to Lady Macbeth on July 24 at Fifth Avenue Cinemas, do at least one of the following:

3. Leave a comment below telling us why you want see the movie Lady Macbeth (1 entry)

Contest entries will be accepted from the time and date of publishing until 11:59 pm on July 21, 2017. One winner will be chosen at random and contacted through the platform they used to enter.