It may come as a surprise to many, but the North American bicycle retail industry is struggling. Badly. Despite many cities shifting public policy towards establishing the bicycle as a regular, everyday form of transportation, U.S. retailers recently reported a decline in sales for the 14th consecutive year, while the number of bike shops fell by 18%, and the amount of sales floor square footage has remained essentially stagnant.

While many reasons have been given for that falloff, we firmly believe the theory that most manufacturers and retailers are selling “the wrong bikes for the wrong reason.” Nowhere is that more apparent than here in Vancouver, where manufacturers, retailers, advocates, and city officials continue to conflate the worlds of sport and transportation cycling, to the distinct detriment of the latter. 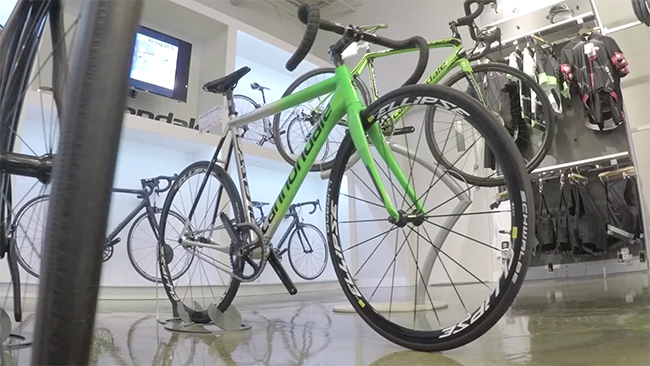 Walk into any local bike shop, and you’ll be greeted by the same daunting sight: row upon row of road, mountain and hybrid “commuter” bikes, equipped with carbon fibre frames, dropped handlebars, disc brakes, two dozen gears and hydraulic shocks. Then, of course, there are the rows of expensive helmets, cleated shoes, dry-wicking shirts, padded shorts, high-visibility vests and high-performance socks. Not only is this an incredibly intimidating environment, but it also makes what should be the simple act of getting on a bicycle all the more complicated and prohibitive.

The reasons behind this city’s fixation on recreational cycling are myriad: retail margins are very thin, overhead is incredibly high (and rising) and floor space is increasingly tight (and difficult to find). Between long-established mountain and road bike cultures, and a municipal government that has historically designed its infrastructure for long distance, single-purpose trips; selling expensive bikes and gear to the “avid cyclist” has long been the best way to make ends meet. But the lack of retail environments dedicated to transport cycling undoubtedly remains a barrier to the growth of cycling in Vancouver, and one that worsens with each passing day. 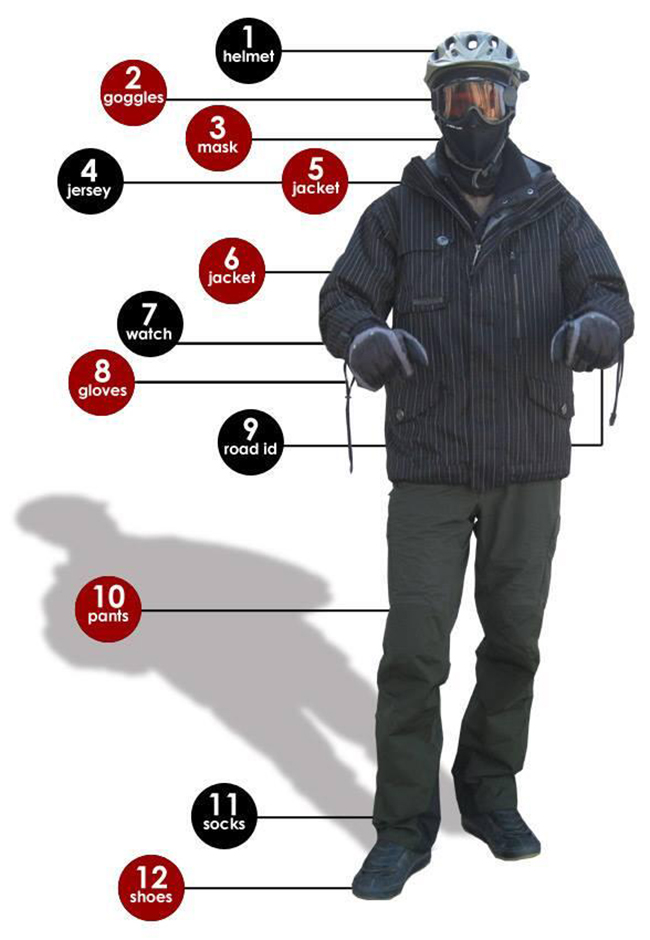 In order to make cycling more accessible to the regular Vancouverite (and not the fit and the brave), we are in dire need of merchants who specialize in practical, comfortable and complete machines; ones that include lights, a chain guard, kickstand, fenders, skirt guard, bell and a basket. There is clearly a latent demand for these types of utilitarian bikes, specifically designed for short trips within an urban environment, but whenever we are asked where to find one, we are at a complete loss. This is particularly true of cargo bikes, where the act of test driving and purchasing one from a local shop floor remains a frustratingly impossible task. 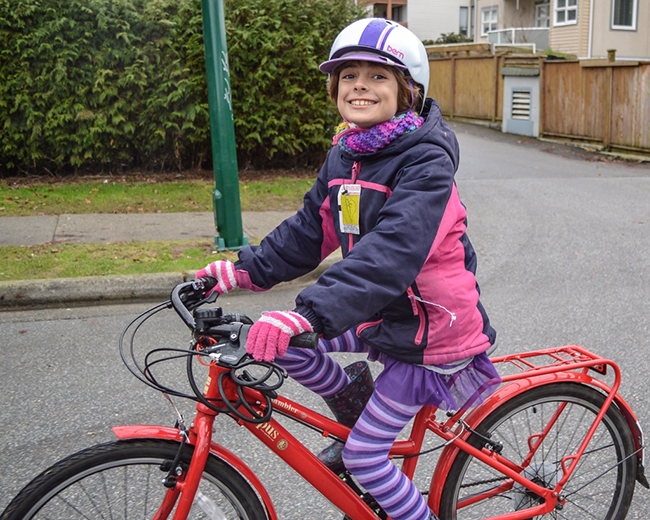 Most baffling is the seeming lack of options for women and children. It is an experience we encountered two summers ago, when trying to find a suitable bike for our then eight-year-old daughter. It took collaborating with Momentum Magazine and her testing out several models direct from the manufacturer to find her an ideal 24-inch bike that either wasn’t pink or came with shocks and straight handlebars. Even then, she had just a handful of models to choose from, and her selection was not exactly how she envisioned her dream bike, but rather a compromise until she was big enough to ride a proper upright bike like mom and dad.

A frustrating search for the perfect bike 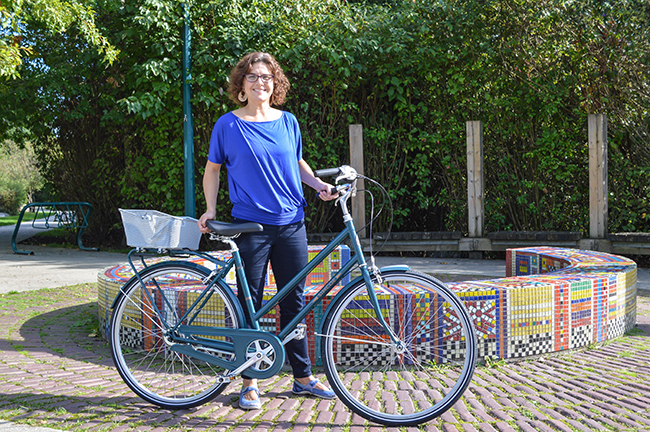 Hopefully, options improve for her in the coming years, but we are not convinced it will get any easier. Consider the case of our friend, Charlotte Juras, who was the unfortunate victim of bike theft in January. Like us, her family gets everywhere by bicycle, so while she began her search for the perfect bike, she rode an old, beat-up loaner. It became a bit of a joke amongst friends, that our girls – both the same age – would get new bikes before she found hers, but the reality was far from funny.

“During my search, I went to several shops, but found I was limited to about four brands of bikes to choose from,” Juras told us. Her needs were not unrealistic – a lighter weight upright frame that put less pressure on her back, forearms and wrists; complete with fenders and a rack. The local shops that did carry this style were helpful for the most part, but she did find a lot of repetition in the models available.

Conduct an Internet search, and you’ll find dozens of manufacturers specializing in upright, Dutch-style bikes. But finding them locally is still a major challenge. Juras narrowed her hunt by checking out the brands she liked online first, but – in the end – nothing compares to a physical test drive. “I wanted to find something I didn’t have to modify and could take out for more than a 10-minute trial. As a daily rider, I need to be sure I am comfortable, and I really can’t make that decision on the spot.” 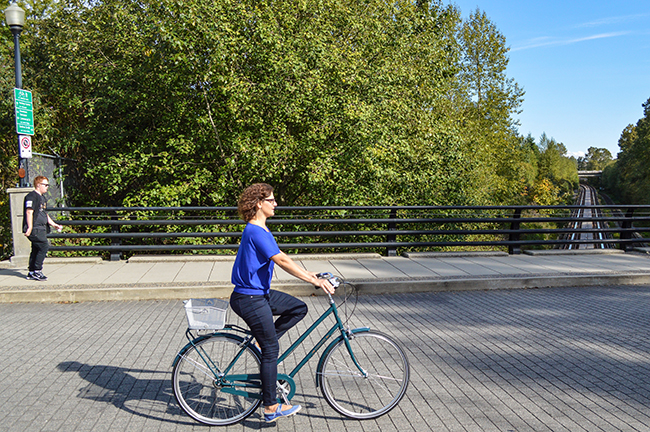 Just last week, Juras became the proud and happy owner of a Simcoe Classic, which we’ve seen her riding with a big smile on her face every day since her purchase. But it clearly should not have taken nine months to reach this point, and people with less patience and less resolve likely would have given up searching a long time ago.

We have often been exasperated and overwhelmed by the sport-focused bikes we see in local bike shops, not to mention their continued ubiquity on the streets of Vancouver. The “interested, but concerned” crowd would quickly be turned away from cycling by the sheer number of specialized bikes they have to sift through, just to find one designed for a slow roll to the supermarket. Add to that the feeling of intimidation from sales staff who often don’t comprehend the notion that not everyone is looking for a faster, lighter, high-performance machine. It’s like a car dealership pushing Formula One-level technology on a family looking for a minivan. 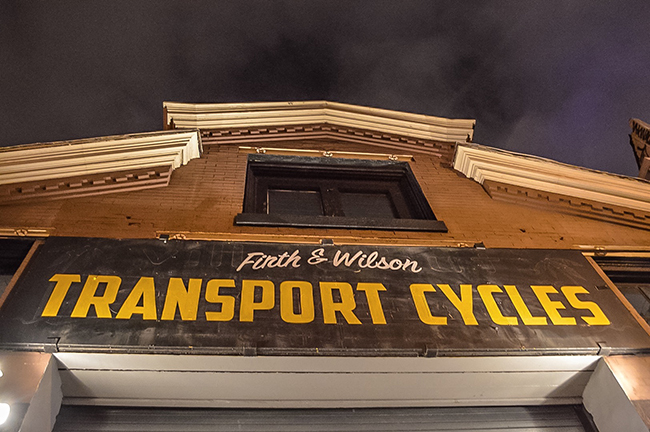 To see what a shift towards more welcoming retail environments could look like, we paid at visit to Firth & Wilson Transport Cycles during a recent trip to Philadelphia (a city with a surprisingly vibrant bike culture, despite a distinct lack of safe, separated cycling facilities). Operating out of a 9,000-square-foot former elevator factory in the city’s up-and-coming Fishtown neighbourhood, co-owner Simon Firth pulls no punches around their shop’s raison d’être. “We often joke about painting the phrase ‘Not sport… Transport’ in four-foot high letters on the wall,” he admitted. 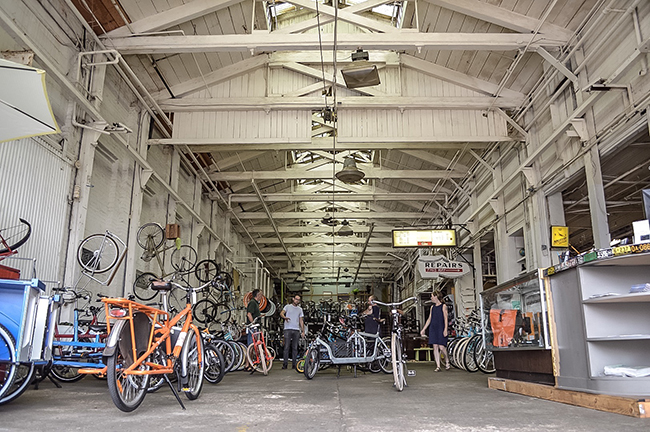 Their shop boasts a carefully curated selection of bikes and accessories from Breezer, Brompton, Pure Fix, Pure City, Dahon, Simcoe and Pashley; as well an impressive selection of cargo bikes from Xtracycle, Yuba, Babboe, Gazelle and Larry vs. Harry. They also offer custom-built frames, steel frame repairs, and are the official North American repair shop for Brooks Leather Saddles. They even found room for a small play area, complete with a box of toys, which makes bringing the kids along all the more welcome. We visited on a Saturday afternoon, and the shop floor was bustling with families test-driving multiple cargo bikes, and locals stopping in to drop off or pick up a bike for repairs. 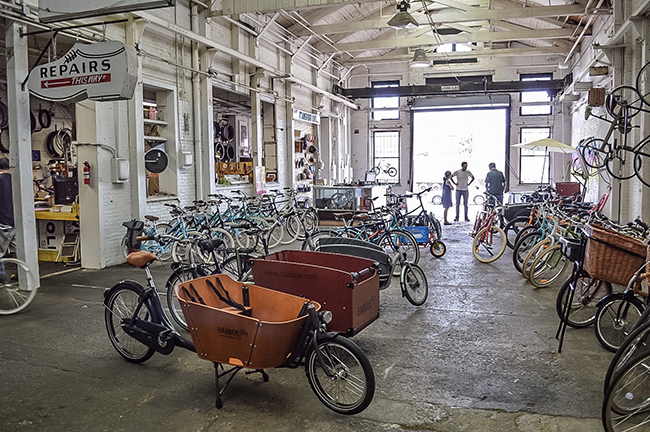 One thing’s for certain: in Firth & Wilson, Philly has an absolute gem of a bike shop, and we sincerely hope they treasure it. We also hope that – in the near future – an enterprising Vancouverite sees the need for such a resource here. Not just as a business opportunity, but as a chance to create an important hub that will get more citizens – especially women and children – choosing the bike as a mode of transport. 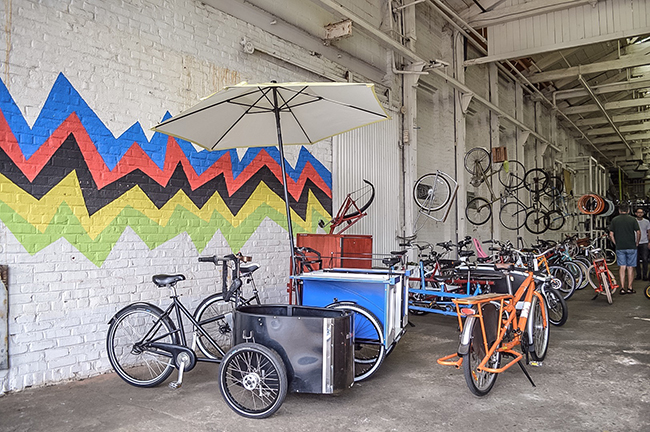 As it stands, those consumers that are determined to purchase a city bike do not have very many options at their fingertips. They are either forced to do the majority of their research online, or delve into the unpredictable world of Craigslist. Both require a major leap of faith – and a certain amount of creativity – before dropping a significant amount of money. It is somewhat reassuring that people like Charlotte are willing to make that leap of faith. But if everyday cycling is to truly flourish in Vancouver, buying an everyday bike needs to be made much, much easier. 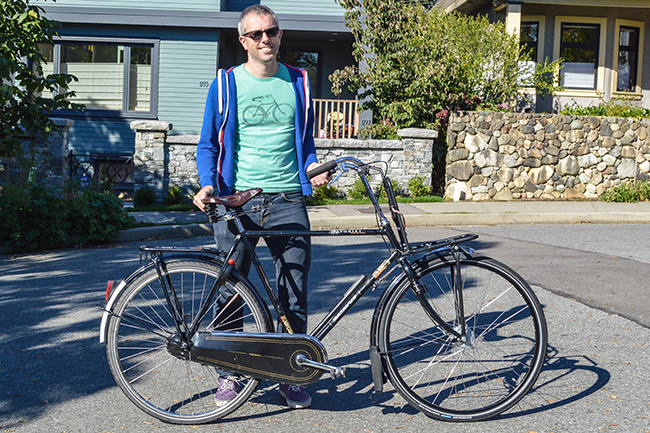 Author’s Note: As a fitting postscript to this story, co-author Chris ended his own six-month search, and purchased a big, beautiful Batavus Favoriet shortly after completing this piece. Via Craigslist, of course.