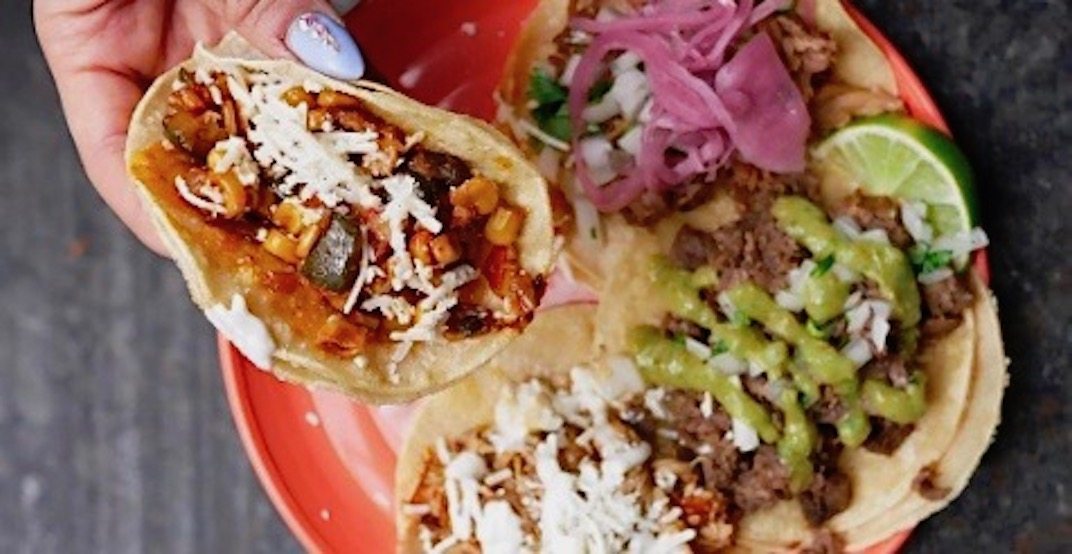 It’s a fact: Two tacos are better than one taco.

So it’s a good thing that on Wednesday, October 4 from 3 to 6 pm, La Taqueria will be offering 2-for-1 tacos.

This dangerously good deal comes as part of the family of restaurants’ National Taco Day Celebration, and they are offering it at all three of their Vancouver locations (Hastings, Hornby, Cambie), as well as their North Vancouver and Victoria locations.

On October 4, patrons can choose from eight options (four meat, four vegetarian) and pair ’em up for only $3 for two meat tacos, and $2.50 for two veggie tacos. The varieties offered during this deal include Mexican Carnitas, Pork Confit, Tinga de Pollo, and Rajas Con Crema to name a few.

In addition to this 2-for-1, La Taqueria will be hosting a taco-themed scavenger hunt on the same day, which entails participants searching for taco-themed prizes and gift cards hidden in parks near the eatery’s locations – that means you could get even more tacos.

Clues about the various hiding spots will be shared on La Taqueria’s Instagram starting at 11 am, until all the prizes have been found.

2-for-1 Tacos at La Taqueria

Where: Multiple locations in Vancouver