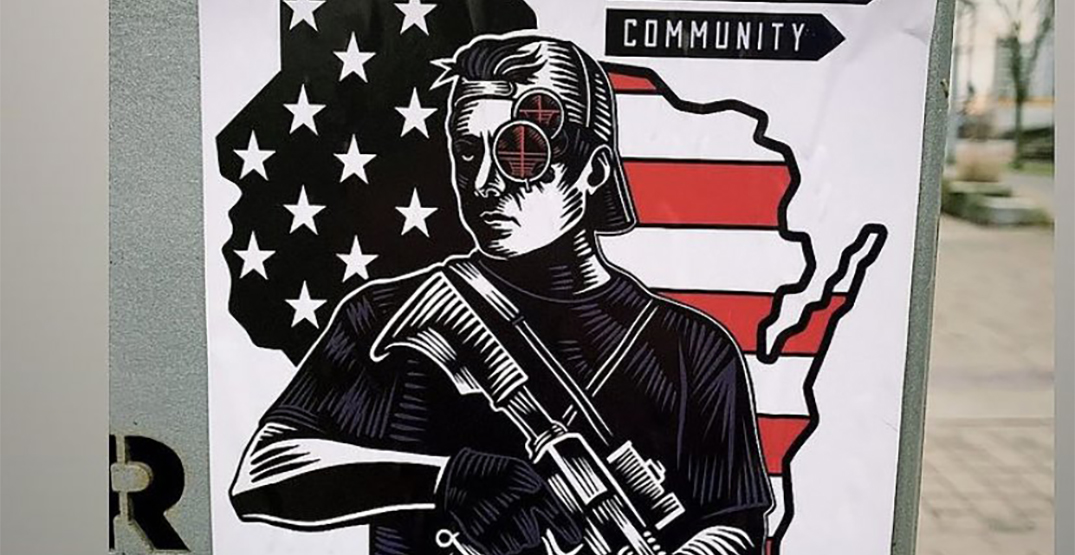 Disturbing posters supporting a US shooter who targeted Black Lives Matter protesters have appeared along Vancouver’s seawall the day after a violent pro-Trump riot in Washington, DC.

The posters depict Kyle Rittenhouse, a white teenager who shot three people, killing two of them, at a Black Lives Matter demonstration in Kenosha, Wisconsin. The demonstrators were protesting the police shooting of Jacob Blake.

A Vancouver woman who wished to keep her identity private came across the posters during her morning walk Thursday, and ripped down as many as she could.

“Time to get real Vancouver about the racism and hate that exists within our city limits,” she posted to her Instagram story.

The posters in Vancouver say “Kyle was Right,” suggesting they were put up by a white supremacist or alt-right organization.

International Conservative Community is emblazoned in the top right corner, but that group does not have a clear website or social media presence. However, an article from US-based pro-democracy organization People for the American Way says International Conservative Community is a network of neo-Nazis that was founded by American neo-Nazi Robert Rundo.