Just when you thought you had put your flannel and ripped jeans away forever, HBO brings us Kurt Cobain: Montage of Heck, a rock’n’roll documentary about the late, great lead singer of the 90s rock band Nirvana.

I thought that instead of me just doing this review, it would be fun to bring on Yasmin, our certified music reviewer, aka “full on groupie”, to see what she thought of the film. So we grabbed a few wobbly pops and talked about what we liked about this much anticipated rock doc.

Montage of Heck gives us an inside and intimate look at the life of Cobain where we get to observe first-hand how a troubled kid from Aberdeen, Washington would go on to lead one of the greatest bands of the 90s and be tagged as “the voice of the grunge generation.”

Of course, his tragic death at 27-years old is what most people talk about and remember, but his music has held up to this day.

You ask anyone about Nirvana and most of the time people will go down memory lane and talk about the first time they saw Nirvana play live or where they were when they first heard Smells like Teen Spirit.

So many Vancouverites will tell you how they saw the Seattle grunge band play at the Commodore Ballroom or other small venues around town before they got big. It’s amazing how many people those smaller clubs could hold. 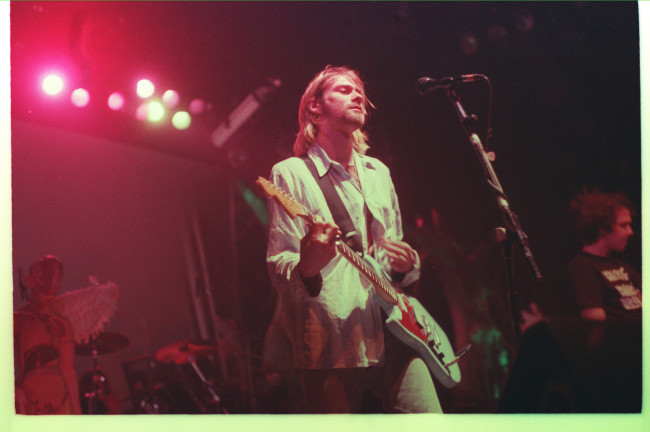 TREVOR: I have fond memories of dropping the Nevermind cassette into my Walkman and rocking out on my way to church on Sunday. I was a full blown rebel.

Watching this documentary brought back a lot of nostalgia, especially when you see and hear the familiar rock anthems that Nirvana shouted out to the dark and dreary, rained on masses. The more depressed you were the cooler you would be.

YASMIN: Please don’t age me. Music wise, Montage of Heck covers the birth and death of Nirvana. There is everything from raw, basement types of recordings to their MTV Unplugged performance in New York – which was Nirvana’s first release following Cobain’s death. The film begins with an instrumental version of “All Apologies” and ends with the Unplugged version from that famous MTV performance. That image of Kurt singing at that live show is how I like to remember him. 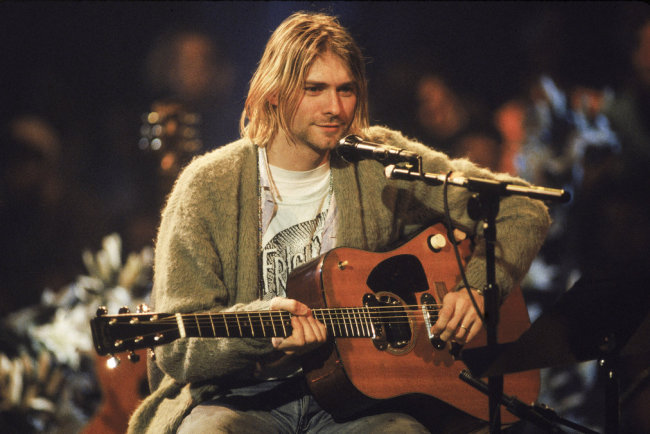 TREVOR: I think most people remember Kurt flailing around on stage and breaking stuff. Unplugged was fantastic, but Nirvana is known for their crazy live shows where you put your life in your own hands if you dare enter the mosh pit. Some of that on-stage mayhem was captured in this documentary. You could see how strung out Cobain was. It was like he was disintegrating before our very eyes.

YASMIN: And drugs were a major part of this doc. His tormented soul, whether it be family-related or drugs-related, was most visible in that MTV Unplugged show, especially when he sang “Where did you sleep last night?” That entire concert almost accurately reflects that dark and troubled period in Kurt’s life – the heartbreak, the addiction, the family tragedy.

TREVOR: Yeah I liked that they didn’t try and paint a pretty picture of Cobain. They gave you the honest truth. Kurt was a junkie and was a very troubled individual.

Speaking of family, Montage of Heck was produced by his daughter Frances Bean Cobain, which added a boatload of legitimacy to the film. It was nice that director Brett Morgen had access to the family vault to tell the story.

What was really cool is that we got to hear some of Kurt’s excerpts from his audio journals. It was so sick to see them take the audio and put it alongside some animation. We got to see him hidden away in his bedroom strumming on his guitar and recording his art. 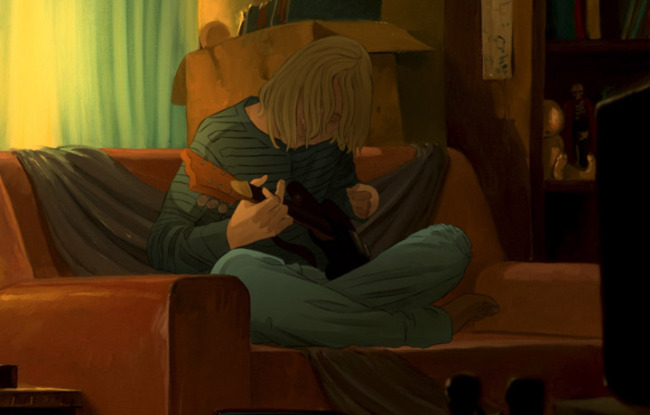 YASMIN: That was probably one of my favourite aspects of this film, those animated montages. The one animated scene that accompanied the audio journal recordings was done by a Dutch filmmaker named Hisko Hulsing and the other animated spot, which included Cobain’s artwork, was done by a Portland filmmaker, Stefan Nadelman. It was pretty incredible to see parts of Kurt’s written journals come to life – from lyrics to love notes to his budget. He truly was an artist, a struggling one, but an artist.

TREVOR: Look at you with the film facts. Bravo. The one thing I thought was very strange about the film was that Dave Grohl wasn’t interviewed or really even featured that much. I felt that was a glaring omission not having Dave providing some of his thoughts and feelings.

It was cool to hear bassist Krist Novoselic speak about how, in hindsight, all of Kurt’s art that was presented on stage showed all the warning signs of their lead singer on a road to self-destruction.

Just for the record, Grohl did decide to add his voice to the film and HBO did record an interview. However, none of that footage was used because the film had already been completed. 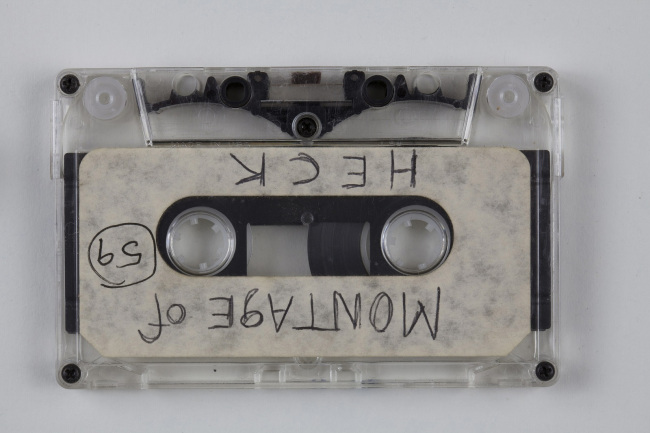 YASMIN: Glad we can agree on that. Okay, so final thoughts. Montage of Heck is dark and sad. From troubled childhood, to turbulent high school years, to becoming a father, Cobain’s lyrics and odd stage presence make more sense now. And of course, although not music-related, overall there was just way too much Courtney Love nipples. Did I mention I love Dave Grohl?

TREVOR: Yes we’ve established that. Thank God Vancity Buzz has you on the rock band beat. When you are reviewing bands at live shows, are you the one on the guy’s shoulders?

As for nipples, I agree, some of the most graphic images ingrained in my head are Courtney Love’s boob shots. I think I always pictured them differently. I liked her boobs better in the movies and not so much the home video kind. I will say this, Courtney came off as very well-spoken during her interviews which also surprised me.

I still wonder, as stoners do, would Cobain be alive today had he not fallen in love with the lead singer of Hole? After getting a closer glimpse into Kurt’s life, I think his fate was sealed no matter how it all played out. He just had way too many demons. We were only meant to see a flash of his greatness. It’s pretty cool that I was in my late teens when they burst onto the scene and completely revolutionized music. Now it’s played on classic rock stations. Sad. 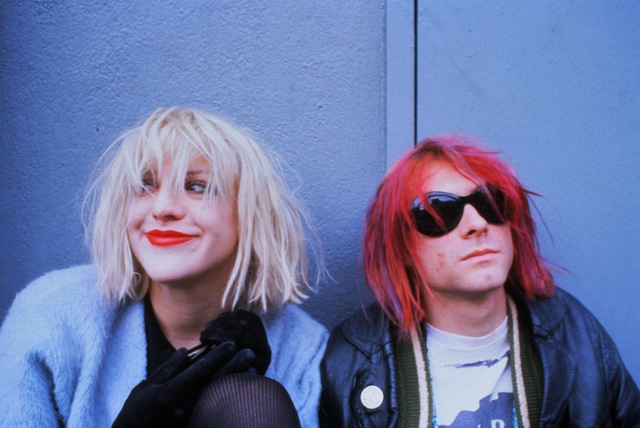 So instead of rain drops, Yasmin, how many Dave Grohl tears are we giving this film?

YASMIN: Groupieness aside, this is a solid rockumentary and for the love of Dave Grohl’s tears, I give Montage of Heck 4.5. The nipples took the half away.

TREVOR: You see, this is why I review film and they have you in music. You can’t take .5 away because you didn’t happen to like someone’s boobs. I also like to think I’m a tad more mature than you are for this type of work. This is the best documentary of 2015 so far and I pretty much expect this to get some serious Oscar buzz later in the year. I’m going to give this film 5 Courtney Love boobs out of 5. It’s a top shelf rockumentary.

Good news if you didn’t see Kurt Cobain: Montage of Heck on HBO. The Rio Theatre will be screening it May 16th to the 20th, 2015.

Also for one night only on Saturday May 16th, The Rio will also be showing the film along with a concert afterwards that will showcase local bands playing some of Nirvana’s greatest hits. Check out their website for details.