Kung Fu Killer is high on action and low on story, but that is usually what is expected with most martial arts films. Add a big name like Hong Kong superstar Donnie Yen and what we get is some beautifully wired up Kung Fu choreography.

The basic story goes as follows: Donnie Yen plays a police force martial arts instructor named Hahou Mo who finds himself in jail after accidentally killing a man. However, as Mo spends his time in jail, martial arts masters start getting picked off by a serial killer.

Mo is the only man who can stop the killing spree as it appears the supspect is a man named Fung Yu-Sau (Baoqiang Wang) who has a list and a pattern to the bodies he leaves on the streets of Hong Kong. 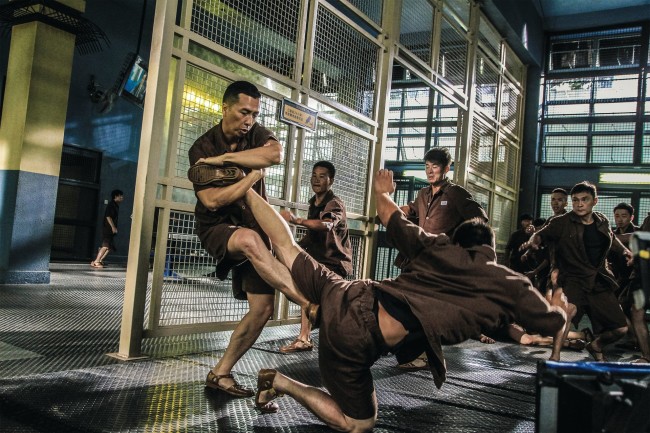 Mo, who politely beats up seventeen inmates to seek the attention of a female detective Luk Yuen-Sum (Charlie Yeung), tries to convince Luk to release him from jail and allow him to help on the case. Why? Because Mo knows Kung Fu. That’s the only explanation we get.

There really isn’t much more to the story than that. The film puts all it’s weight into stylized fight scenes between different disciplines. Each battle scene takes place in a unique location. There is a weapons specialist who fights Yu-Sau on a movie set, and a kicking specialist does battle on a human skeleton sculpture. Than there is Donnie Yen and his lightning fast combos and intricate choreography that shows once again that he is one of the greats.

This isn’t the first time that a martial arts movie is low on story and high on action and it won’t be the last. You just look at the success of The Raid and The Raid 2 to know that sometimes you can mesmerize the audience with one sick fight scene after another.

All you need is an ass kicking protagonist that viewers can get behind and cheer for and a ruthless antagonist that can be around at the end of the film for the final show down. That’s the basic formula for most martial arts movies. 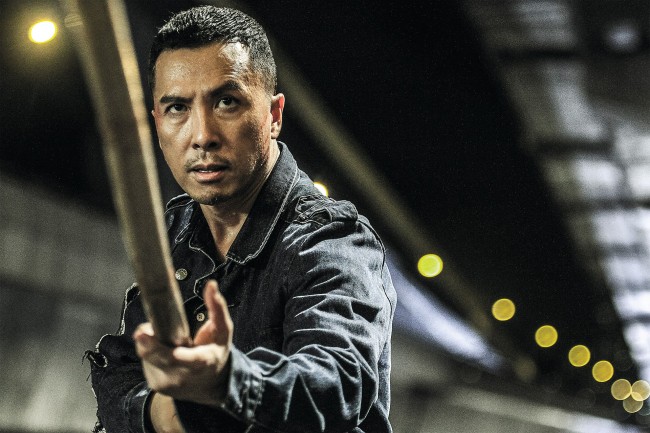 We are in an golden age for this genre. With the likes of Donnie Yen, Iko Uwais, and Tony Jaa, we are witnessing some of the best action films that have ever been made.

Unfortunately Kung Fu Killer is average at best. There are some fantastic fight scenes but as I stated above the film lacks substance and character development. You want to care about the hero and understand why the villain wants to kill the masters. I still don’t understand the motives behind the story but the wire work was top notch and Donnie Yen is always fun to watch.

In some ways the film was an ode to the Asian martial arts films of the 70s and 80s. It had a ton of cameos in the film like Golden Harvest founder Raymond Chow, or legendary stuntman Bruce Law, there is also Dion Lam, Kirk Wong, and Bun Yuen who also make brief appearances.

At the end of the film the credits list off all the cameos and it’s a who’s who of Hong Kong action legends. If you are a purist you may appreciate the tipping of the hat that this film gives the past. It’s a love letter to the Kung Fu films that some of us grew up watching. 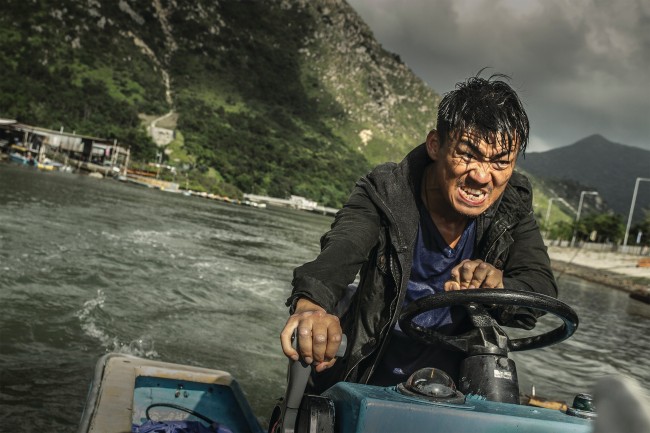 I would love to see a director with a budget and a great script bring Donnie Yen’s skills back to North American cinema. Far too many Asian superstars are left only doing films in China and South-East Asia.

A lot of these stars end up playing the token martial artist or stereotypical Asian man or woman in American films. Donnie Yen can carry a movie on his own and it would be nice to see Hollywood give him another chance.

If you are a fan of Donnie Yen and just love a good Kung Fu film with some solid action than check out Kung Fu Killer. It’s not the best in it’s genre but it will keep you entertained.

Kung Fu Killer gets three rain drops out of five but as I mentioned above, it might not be perfect in storytelling but what you do get is some fantastic action sequences.

You can currently see Kung Fu Killer at the Silvercity Riverport in Richmond. 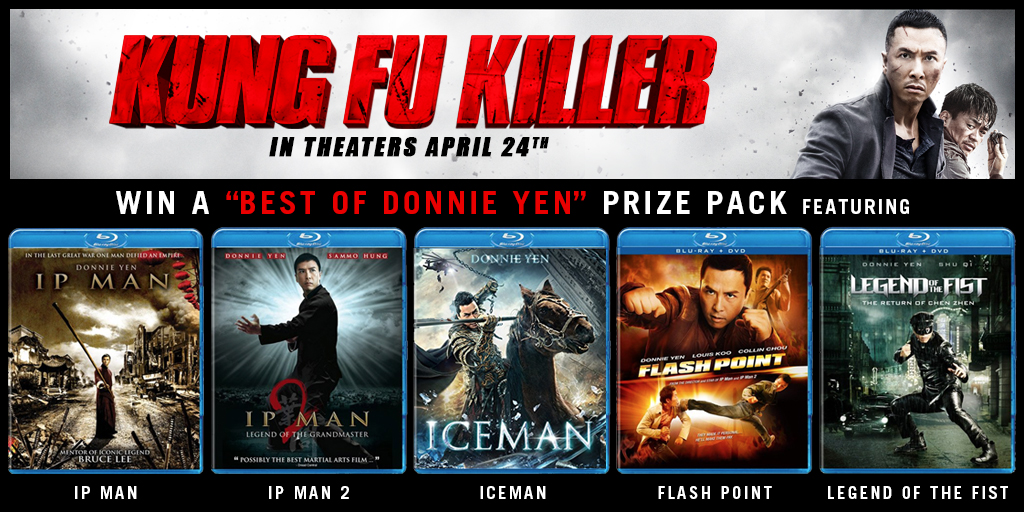 If you are not familiar with Donnie Yen’s work or if you’re a big fan, how would you like five of his best films for your Blu Ray collection?

We are randomly giving away a Donnie Yen prize pack (see pic above). It’s easy to enter, all you have to do is this:

We will randomly put all the entries into a virtual hat and pick a winner this Friday (May 1, 2015). Good luck!