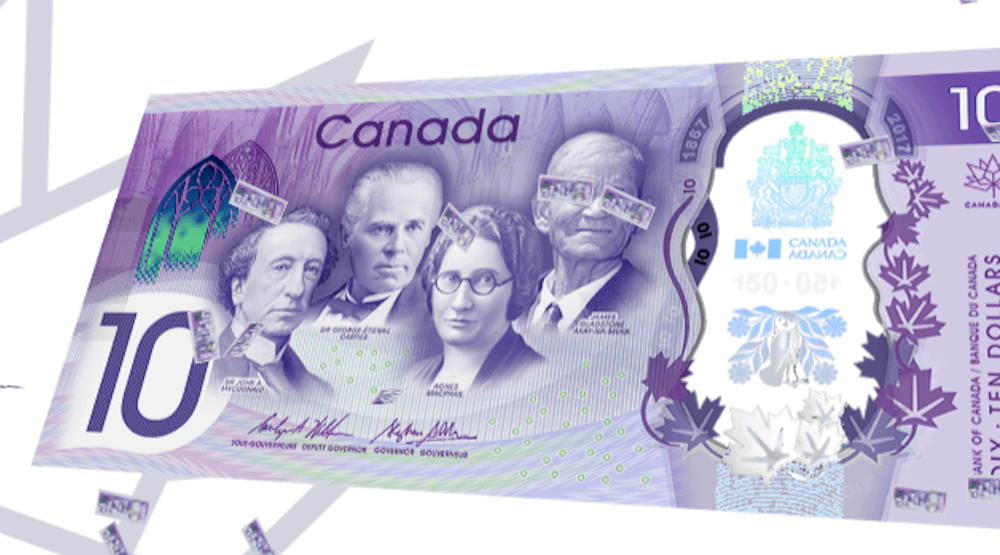 The Bank of Canada has included a secret feature on its website to celebrate the new $10 dollar bill, that caters to old-school gamers.

If you know what the Konami Code is, you’ll be able to unlock the surprise.

The code appeared in a number of Konami games and gained popularity in the NES version of Contra.

Need a Konami Code refresher? Go to the new $10 bill page on the Bank of Canada website and press the following keys: up, up, down, down, left, right, left, right, b, a. then be amazed as the Canadian anthem a starts to play and the screen fills with mini $10 bills.

The design also incorporates Inuit and Metis cultural elements: a reproduction of the artwork Owl’s Bouquet by world-renowned Inuit artist Kenojuak Ashevak and the distinctive arrow sash pattern, a symbol of the Métis nation.

The $10 note will go into circulation on June 1.